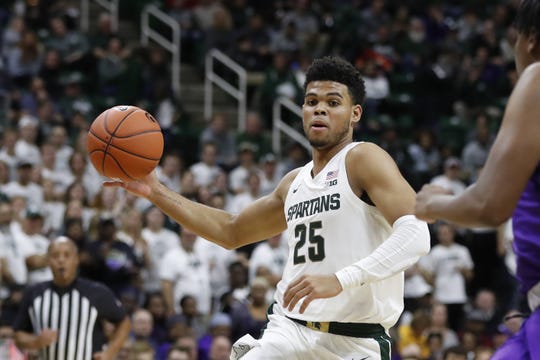 Hall, a 6-foot-7 forward, scored all 17 of his points in the second half of a 76-73 victory over then-No. 12 Seton Hall in Newark, New Jersey, as part of the Gavitt Tipoff Games.

Hall was 7 of 7 from the floor, including all three of his 3-point attempts. He added five rebounds and a steal for the Spartans, ranked No. 3 in this week's poll.