Gov. Whitmer: 'I love football,' but Big Ten made the right call 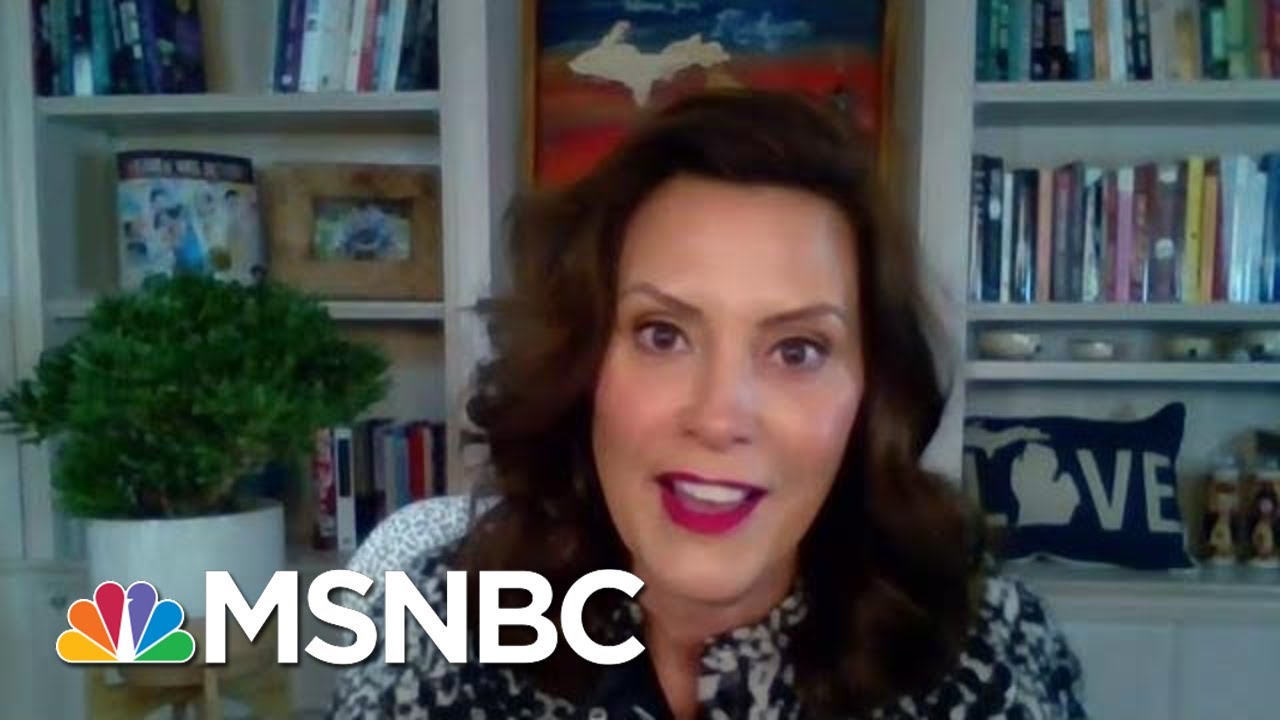 Pushing back at President Donald Trump's Twitter assertion that several governors were holding up the Big Ten's return to competition, Gov. Gretchen Whitmer on Wednesday morning said the decision was the Big Ten's alone.

She also said she agreed with the Big Ten's decision.

"I love football," Whitmer said on MSNBC's "Morning Joe." "The fact of the matter is, the Big Ten made a decision based on the best epidemiology. They are research institutions learning from the best and making decisions, and I think we've gotta respect the decisions they made to keep their student-athletes safe and families safe.

"Making this a political question really undermines the seriousness of the issue and how critical it is that we follow science and we do what we need to do to protect people."

Last week, Trump jumped into the Big Ten fray and in doing so made college football a wedge issue ahead of this November's president election, given the Big Ten's footprint includes several swing states, including possibly Michigan, Pennsylvania, Wisconsin, Ohio, Iowa and Pennsylvania. Trump and former vice president Joe Biden, who used a picture of an empty Michigan Stadium in a campaign ad, both are campaigning in Michigan this week.

Trump had a conversation with Big Ten commissioner Kevin Warren last week, and afterward said the Big Ten was closing to reinstating the season. Warren, while confirming the conversation, said nothing of a plan to play again soon.

Then, this week, Trump said the Big Ten could return soon but without the five teams from Michigan, Illinois and Maryland, because those governors "ridiculous lack of interest or political support."

The Big Ten, in postponing fall sports in early August, said it was doing so for the health and safety of the student athletes, despite the possible loss of $100 million in revenue for each school's athletic department. In court papers recently, the Big Ten got more specific, citing its medical panels, including the expertise of Drs. Mark Schlissel and Samuel L. Stanley, the presidents at Michigan and Michigan State, respectively.

The Big Ten said its presidents voted 11-3 to postpone fall sports, with Ohio State, Nebraska and Iowa the holdouts. Two presidents, however, have said publicly that no traditional vote was ever taken, and rather that the group reached a consensus. The athletic directors had no say in fall sports' fate.

It's one of two Power Five conferences to postpone the football season, along with the Pac-12. The SEC, ACC and Big 12 plan to play, for now.

Michigan will have football this fall, however, with the Lions set to open their season, albeit with no fans, Sunday against the Chicago Bears at Ford Field. Also, high-school football will start this month, after Whitmer eased back on her executive orders, allowing — though discouraging — participation in contact sports.

In talking about the Big Ten on "Morning Joe," Whitmer mentioned how she's a Michigan State alum, has a kid at Michigan, and how she once wanted to be a sportscaster, before shifting to a career in politics.

"We can play football again, there's no question about that," Whitmer said, responding to the Big Ten questions by Willie Geist. "But we've gotta be safe right here and right now, and we're still in the midst of this.

"If the Trump administration had had a national strategy and taken this seriously, we might be able to safely play football now, but that's not the case."