Report: Cousins wants competition for No. 1 job or trade

Cousins wants there to be competition for the No. 1 job between himself and Griffin III.

Report: Cousins wants competition for No. 1 job or trade 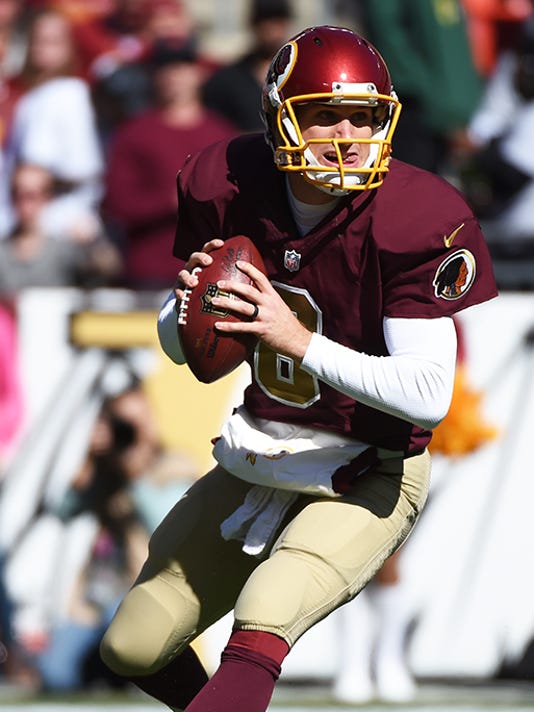 Washington quarterback Kirk Cousins reportedly said that if the team names Robert Griffin III the starter for 2015, ahead of any training camp competition, he would request a trade.

Cousins, the former Michigan State star, made his comments to sports anchor Dianna Marie Russini of the NBC affiliate in Washington. She reported them on Twitter.

Cousins wants there to be competition for the No. 1 job between himself and Griffin III.

Russini said that when she asked Cousins if he could go on the record with his desire to be traded if Griffin is named the starter, Cousins said, "Isn't it obvious I couldn't stay here."

Cousins has one year remaining on the four-year contract he signed in 2012. He will be paid $660,000 in 2015 and then become a free agent if he does not re-sign with Washington.

Kirk Cousins says that if Redskins name RG3 starting QB he would like to be traded. #Redskins

Cousins explained if there is no QB competition, there&#39;s no point. Although he would approach it as 16 games until free agency #Redskins

When I asked Cousins if I could go on the record with his desire for a trade if RG3 is named starter &quot;Isn&#39;t it obvious I couldn&#39;t stay here&quot;