Elijah Collins committed earlier in the day and by Friday afternoon he was joined by James Ohonba.

East Lansing – Not long after landing the top running back in the state of Michigan on Friday, Michigan State secured a commitment for its 2018 recruiting class that could help that running back once they’re both on the field.

Elijah Collins, a three-star running back for U-D Jesuit, committed earlier in the day and by Friday afternoon he was joined by four-star offensive tackle James Ohonba of Woodland High in Stockbridge, Ga.

After taking an official visit to Michigan State last weekend for the Notre Dame game, the 6-foot-4, 345-pound Ohonba announced on Twitter that he was committing to the Spartans. Ohonba was also considering Duke while holding scholarship offers from the likes of Alabama, Clemson, Michigan, Notre Dame and Ohio State. He is ranked the No. 24 offensive tackle in the nation, according to the 247Sports composite.

Collins (6-0, 200), the first running back commit in MSU’s 2018 class, chose the Spartans over Iowa, Wisconsin, Purdue and Mississippi State, among others. Collins is rated the No. 1 running back in Michigan, No. 5 in the Midwest and No. 27 nationally for 2018 by Scout.

Collins made his commitment announcement during a pep rally at U-D Jesuit.

"Michigan State is one of the schools I have been watching since I was young and to see how they treat me and want me, that feels pretty great," Collins told Scout in August after visiting MSU for a fall camp practice.

Michigan State now has 17 commitments in the 2018 class, one that ranks fifth in the Big Ten and 30th nationally, according to 247Sports. 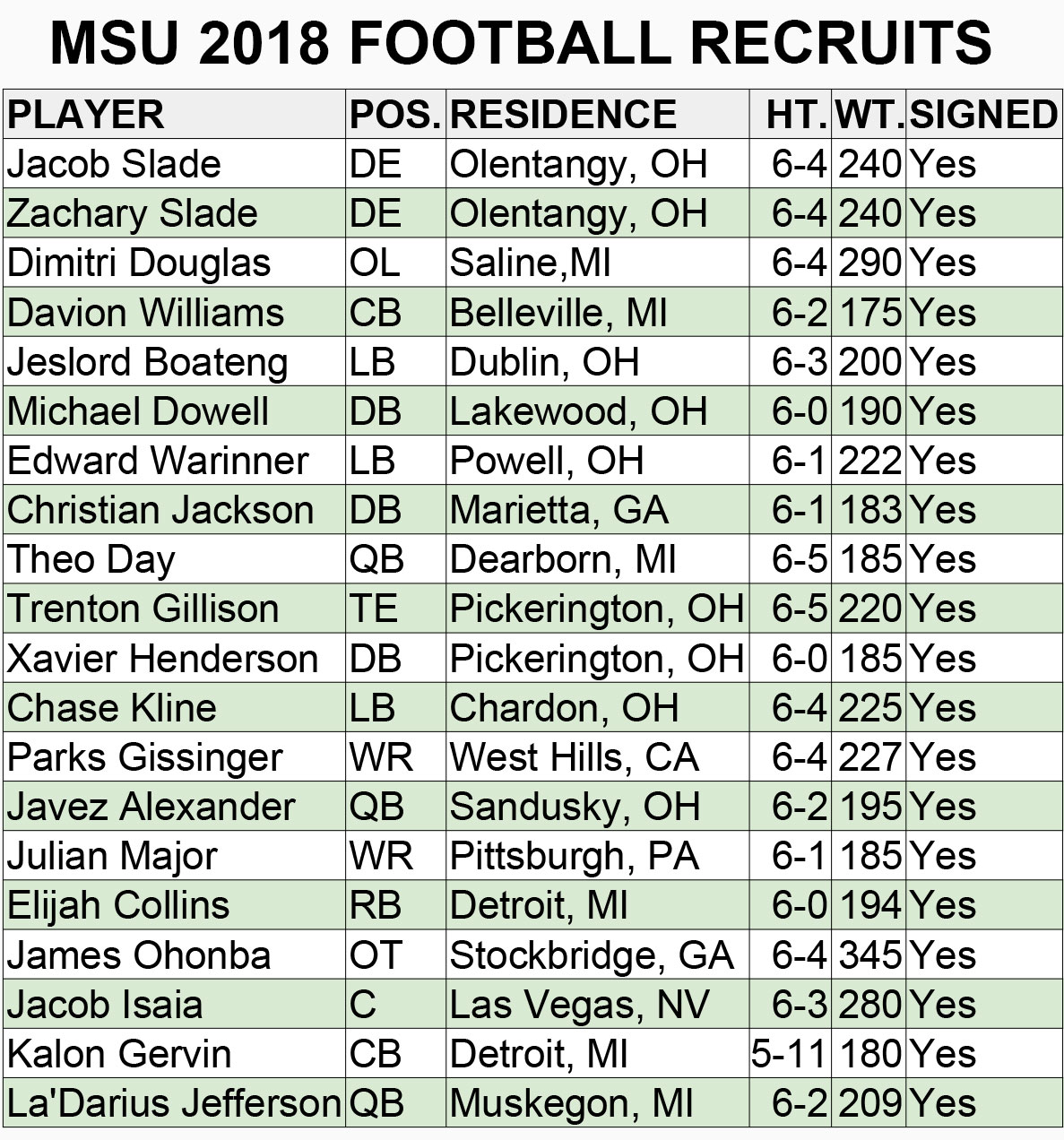