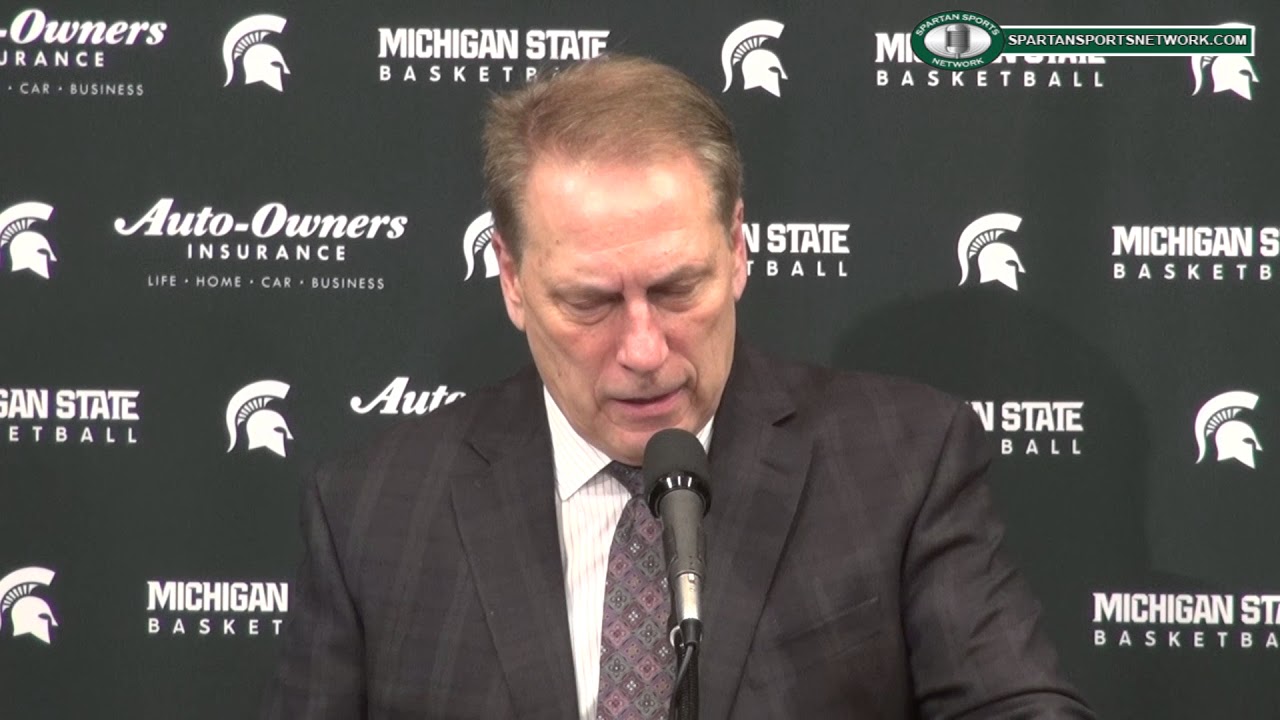 Izzo made that clear Monday morning when he appeared on the Paul W. Smith Show on WJR 760.

The radio interview was a second attempt by Izzo to walk back his original comments on the Nassar case on Friday, when the coach said, “I hope the right person was convicted.”

Lynn Raisman, mother of Olympic gymnast Aly Raisman, wrote of Izzo on Twitter, “I wonder if you are a complete and total MORON or just a LIAR when you claim you listened to the impact statements (during the Nassar sentencing hearings).”

MSU played at Illinois on Monday night, and Izzo regularly is a guest on the show on game days on the flagship station for Michigan State football and basketball.

“Nobody is winning in this and those poor girls that went through it all,” Izzo said on WJR. “The only thing I do feel good about is the right guy — we all know one guy and let’s just hope there’s no others — but that guy is where he belongs.”

Izzo wanted to clear up the growing misconception that he wondered whether Nassar was guilty. The confusion began Friday night after Michigan State’s victory over Indiana when the Spartans coach said, “I hope the right person was convicted.” (Hear Izzo's comments starting at the 10:45 mark of the video above.)

It was that comment during a several-minute response that offered thoughts for the victims and support of MSU president Lou Anna K. Simon that drew criticism.

On Monday, Izzo explained things on the Smith show.

“In all honesty, I did rip him during that press conference because of the hideous act and the strength of the survivors and the courage that they have gone through, but hoping there was no one else out there that did anything,” Izzo said. “I used the word ‘right guy’ meaning they got the right, I meant people, if there were other people involved.”

That’s when Smith began the following exchange with Izzo.

Smith: “So you didn’t mean to say ‘I hope the right person was convicted?’”

Smith: “You meant to say you hope that everybody that had anything to do with this is caught and convicted.”

Smith: “I understand what you mean.”

Izzo: “The only reason, I can honestly say that I said that is because if you were at the whole press conference (Friday) night I kind of started out ripping him, but it is tough times and I think people look to pick away at things, and in all honesty, you know what, I made a mistake in my choice of words but not in my choice of thought.”

Izzo’s original response to a question about the Nassar case was widely condemned, including by Lynn Raisman. Aly Raisman is one of the now more than 100 women or teenage girls who have stepped forward to give victim-impact statements in Nassar’s sentencing hearings.

“Dear Tom Izzo, I’m sorry it’s been a difficult week for you,” Lynn Raisman tweeted. “Did you hear, Larry Nassar also said it was difficult. Since you ‘hope the right person was convicted’ I wonder if you are a complete and total MORON or just a LIAR when you claim you listened to the impact statements.”

On Sunday afternoon, Izzo issued a statement attempting to clarify his comments.

“On Friday night in my postgame press conference, I used the wrong words when trying to express my belief that Larry Nassar and anyone else who broke the law should be held accountable for their crimes,” the statement said. “My overall message was, and remains, that I have tremendous admiration for the courage the survivors have shown, and that Larry Nassar has permanently damaged the lives of so many people and deserves all the punishment that he receives.”

Izzo, football coach Mark Dantonio and women’s basketball coach Suzy Merchant have all condemned Nassar while saying they support Simon, who has been pressured to step down.

The MSU Board of Trustees met Friday, calling Simon “the right leader” while also asking Attorney General Bill Schuette to investigate its handling of the allegations against the former gymnastics doctor. Trustee Mitch Lyons came out with a statement on Saturday, however, calling for Simon to step down.