'We know how to win': Spartans not haunted by early NCAA Tournament ousters

After reaching the Final Four in 2015, Michigan State has failed to get out of the first weekend of the tournament each of the past three seasons.

'We know how to win': Spartans not haunted by early NCAA Tournament ousters 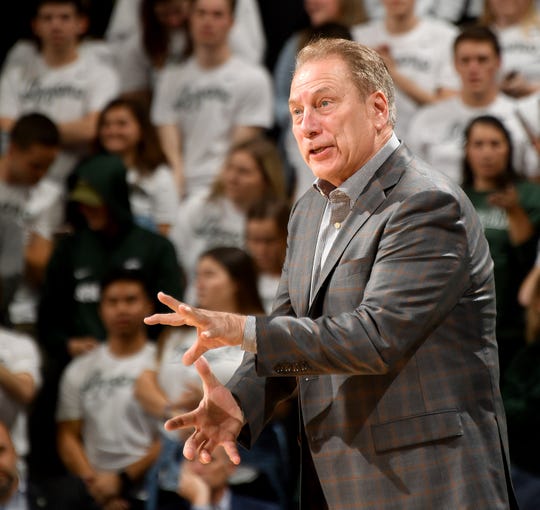 Tom Izzo will try to get Michigan State out of the first weekend of the NCAA Tournament for the first time since 2015. (Photo: Dale G. Young, Detroit News)

East Lansing — When it comes to the NCAA Tournament, it’s hard to argue with Tom Izzo’s credentials.

A national title, seven Final Four appearances and 48 total victories, trailing only Duke’s Mike Krzyzewski, North Carolina’s Roy Williams and Syracuse’s Jim Boeheim among active coaches, are the sort of numbers that earn a spot in the Hall of Fame, a level Izzo reached in 2016.

But after reaching the Final Four in 2015, Michigan State has failed to get out of the first weekend of the tournament each of the past three seasons. It was enough of a focus entering the season that, back in October, Izzo was talking about “finishing the job.”

Five months later, with a Big Ten regular-season and tournament championship in hand, Izzo is doing his best to keep the last three years where they belong — in the past.

“This team is not looking at that year’s team and saying, ‘Oh boy, they lost to a 15-seed, maybe it’s gonna happen again,’” Izzo said. “When I see that stuff on TV, I heard one coach say, ‘Well, that was 15 years ago,’ you know? Who cares?

“I’m not sure I’ve had many teams that have won all three, if any. And I’m not sure that there’s many teams out there that won both the regular-season and the conference championship and are still in the top couple seeds. So, we’ve accomplished a lot.”

But, fair or not, teams are judged by what they do in the NCAA Tournament, especially a team like Michigan State, which aspires to win championships.

It’s what led to fans pulling their collective hair out last season after a second-round loss to Syracuse after winning 30 games. It’s what crushed the fan base in 2016 when a team many were picking to at least reach the Final Four lost in the opening round to No. 15 seed Middle Tennessee State.

Those are the expectations of a program of Michigan State’s stature. Izzo understands that, considering he has been the architect of building the Spartans into a perennial contender. He just doesn’t want everything else the team has accomplished to get brushed under the rug.

“Now I know, because I set this standard, you’re gonna be judged on what you do in March,” Izzo said. “March has been pretty good so far. It’s not just one thing in March, it’s all the things in March, because that tells you you’re playing some of your best basketball at the end of the year. And that’s what everybody hopes to do: get better, take your beatings early — that’s been our motto here — and see if you can get better each and every day.”

Michigan State feels like it’s doing that after completing the season sweep of Michigan on Sunday in the Big Ten tournament championship game for its fifth straight win and 10th in 11 games. That run came after a midseason lull that saw the Spartans drop three in a row at one point to Purdue, Indiana and Illinois. 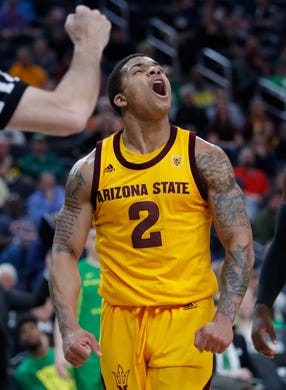 In addition to Michigan State and Michigan, these players in the NCAA Tournament also have ties to the state of Michigan, including Arizona State guard Rob Edwards, a Detroit Cass Tech product. John Locher, Associated Press
Fullscreen 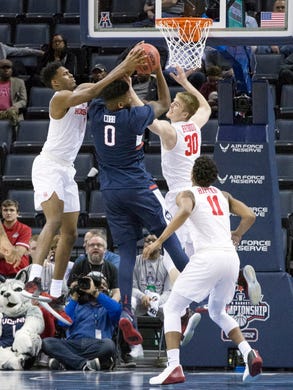 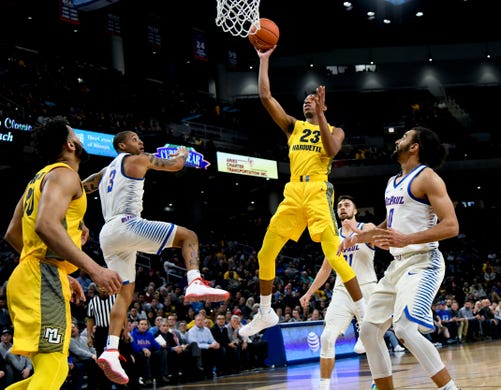 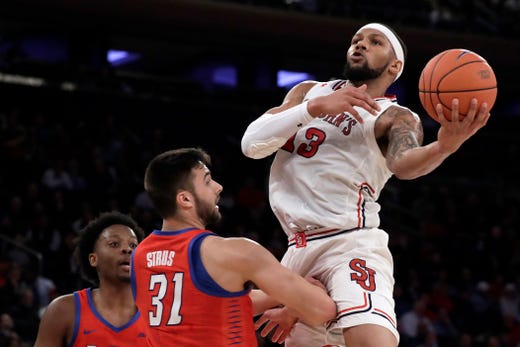 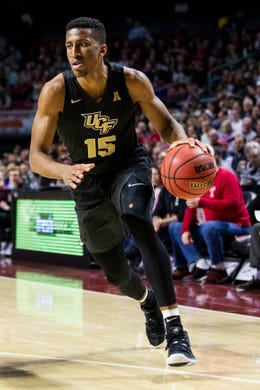 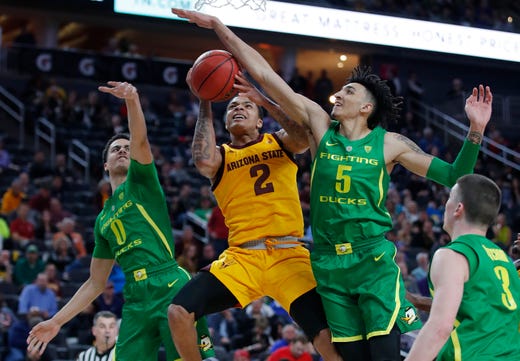 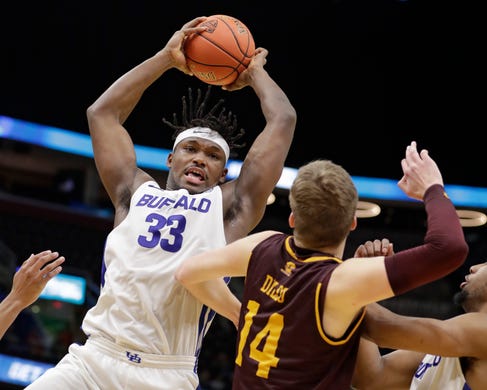 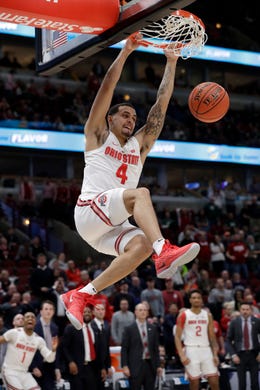 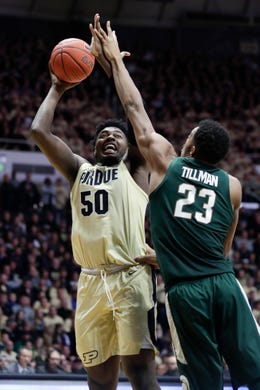 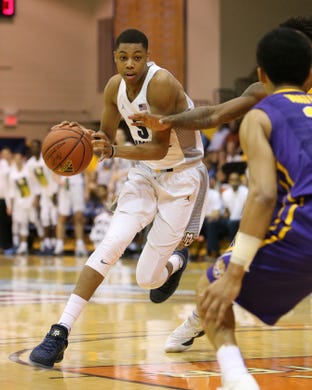 But they’ve rebounded, and now have center Nick Ward back after he missed five games with a broken hand while the core of the rotation — Cassius Winston, Matt McQuaid, Kenny Goins, Xavier Tillman, Aaron Henry — are playing some of their best basketball.

The second-seeded Spartans (28-6) get the next chance to do that when they play No. 15 seed Bradley (20-14) at 2:45 p.m. on Thursday in Des Moines, Iowa. A win there would lead to a second-round matchup with the Louisville-Minnesota winner.

Michigan State has played both teams this season, losing in overtime at Louisville back in November, and blowing out Minnesota at home last month. None of those teams — Bradley, Louisville or Minnesota — will get overlooked.

“Focus on the game and the task at hand,” Tillman said. “Our goal is to win the weekend, that’s our goal. We got some pretty good teams we have to play, but our goal is to win the weekend. We’re going to focus on that, and we have expectations on ourselves as far as making a deep run, but you can’t make a deep run if you lose in the first weekend.

“So our goal is to win the first game, win the second game, and then we’ll go on from there.”