Michigan State coach Tom Izzo and his staff aren’t involved in playing players to suit up for the Spartans. 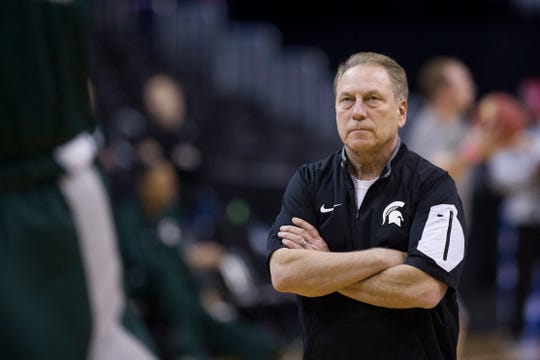 Michigan State coach Tom Izzo and his staff aren’t involved in paying players to suit up for the Spartans.

That much was made clear last fall in federal court and it was reiterated on Wednesday as Christian Dawkins, the former runner for an NBA agent, testified in New York in his own defense in the bribery trial surrounding the FBI’s investigation into corruption in college basketball.

“I wanted (Brian Bowen) to go to Michigan State,” Dawkins said, according to college basketball reporter Adam Zagoria, who posted the comment on Twitter. “Tom Izzo told me flat out they WEREN'T going to pay him.”

Dawkins was referring to Saginaw native and former five-star recruit Brian Bowen, who eventually signed with Louisville in the summer of 2017 but never played for the Cardinals. He was held out of games after news broke of Louisville and coach Rick Pitino allegedly being involved in a deal with Adidas that would funnel money to Bowen’s family.

Pitino was fired and Bowen transferred to South Carolina. He did not play for the Gamecocks and was eventually ruled ineligible by the NCAA. He entered last summer’s draft but wasn’t selected and played this past season in Australia.

More: Who was on Michigan State's chartered plane to the Final Four

Dawkins and former Adidas consultant Merl Code are currently facing felony bribery charges. Prosecutors allege the duo paid assistant coaches in exchange for promises to steer their players back to them for representation with Dawkins' company, LOYD, Inc. Dawkins took the stand on Wednesday as much of the incriminating testimony laid out a case where Arizona and coach Sean Miller were involved in having players paid.

According to Yahoo Sports, which is also covering the trial, a wiretapped phone call from June 20, 2017, that was played by prosecutors captured Dawkins and former Arizona assistant Book Richardson discussing alleged payments Miller was making for two players enrolled at the school. The players mentioned were Deandre Ayton, the No. 1 overall pick in the 2018 NBA Draft, and Rawle Alkins, who played at Arizona from 2016-18. 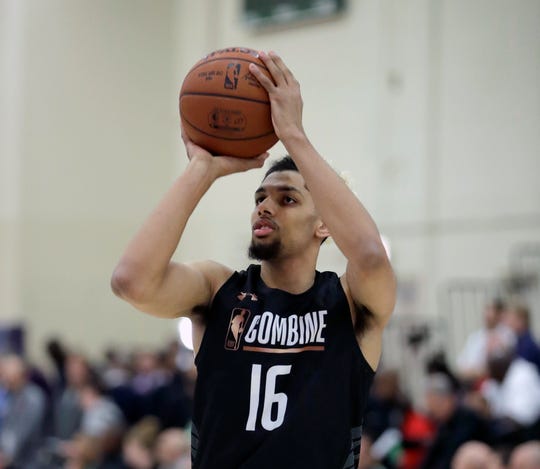 Richardson previously pleaded guilty in this case and will be sentenced May 30.

In early October 2018, Dawkins’ attorney, Steve Haney, pointed out that Michigan State as not among the teams willing to get involved in the Bowen sweepstakes.

“Michigan State was one of the only schools that was not going to pay Brian Bowen to go there,” Haney said in court.

At Big Ten media day a week later, Izzo was asked about the statement made in court.

“I don't feel vindicated because you shouldn't be commended for doing what you're supposed to do,” Izzo said. “We didn't do anything any different than just about every program that I know here does it the same way. I take my hat off to all the Big Ten coaches.”

Lou Dawkins’ son, Dorian, died at the age of 14 because of a heart problem while taking part in a Michigan State basketball camp in 2009.