It’s been almost three months since Cassius Winston’s life was turned upside down.

It’s been almost three months since Cassius Winston’s life was turned upside down.

It was Nov. 9 when Winston’s 19-year-old brother, Zachary, took his own life. A sophomore on the basketball team at Albion College, Zachary stepped in front of a train late on a Saturday night and by the next evening, Cassius Winston was back on the court for the Spartans. 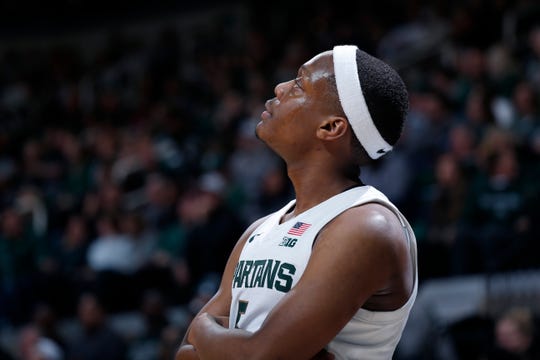 Tears flowed that night as Winston took the court and his grief has played out in public since. Winston has spoken with media about his brother since, but on Monday night’s episode “All-Access” on Fox Sports Detroit, the Michigan State senior opens up about what life has been like.

On the episode, which airs at 5:30 p.m., Winston talks about the tight bond he and Zachary had, the battle he’s had since, and how he hopes sharing his story will help others going through the same experience.

More: Cassius Winston to Zachary: ‘You are the strongest, wisest, kindest, most caring’