Thomas Warnicke and Andrew Paterson must pay $25,000 in relation to the wrongful termination lawsuit Blackwell brought.

The attorneys who represented former Michigan State football staffer Curtis Blackwell in two federal lawsuits have been ordered to pay more than $52,000 in legal fees as sanctions for their conduct in each of the two cases. 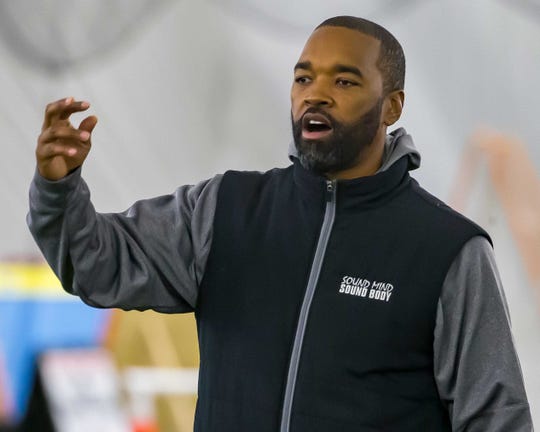 Warnicke and Paterson must also pay $27,010 in attorneys fees in the case against Michigan State University Police detectives Chad Davis and Sam Miller. Blackwell is suing them for unlawful arrest. That case is pending but when the lawsuit against Dantonio, Hollis and Simon was dismissed, Warnicke and Paterson were removed as Blackwell’s attorneys.

Attorneys representing Dantonio, Hollis and Simon had asked for just more than $214,000 in legal fees to be paid by Blackwell’s attorneys.

“Because the Court has already ordered the more severe and unusual sanctions of dismissal of a portion of the case and removal of counsel in order to guarantee the integrity of the Court and its proceedings,” wrote U.S. magistrate Sally J. Berens, “it is not, in the Court’s view, necessary or appropriate to award fees on the scale that Defendants request.”

The removal of Warnicke and Paterson as well as the sanctions applied on Tuesday were in response to their conduct in Blackwell’s wrongful termination case, in which the court said Warnicke and Paterson used filings to generate media attention and pushed allegations of potential NCAA violations against Dantonio.

“Plaintiff’s counsel had not fulfilled their duty of candor to the Court and had used the discovery process to gather information unrelated to the narrow claims asserted in this case, unreasonably and vexatiously multiplying the proceedings,” Berens wrote.

In another order issued on Wednesday, Berens denied a motion from Paterson that sought sanctions from Dantonio, accusing the former coach of committing perjury during his deposition. Paterson was ordered to pay Dantonio a sanction of $2,000, which the court said was a "conservative estimate of the costs, expenses, and attorneys’ fees incurred in responding to the motion."

On Saturday, Blackwell filed another lawsuit against Dantonio, and also is suing Dantonio's lawyer and the law firm Michigan State hired to investigate the athletic department's handling of sexual-assault allegations.

Paterson claims in the case that Dantonio and his lawyer, Thomas Kienbaum, conspired to "dig up dirt" on Blackwell during a previous federal case, and that the Jones Day law firm served as "agents" for Michigan State in smearing Blackwell's reputation in its reporting clearing MSU of any wrongdoing in the wake of two sexual-assault allegations in 2017.