A former Jeb Bush advisor says he will write in the name of former MSU star if Donald Trump is the GOP nominee. 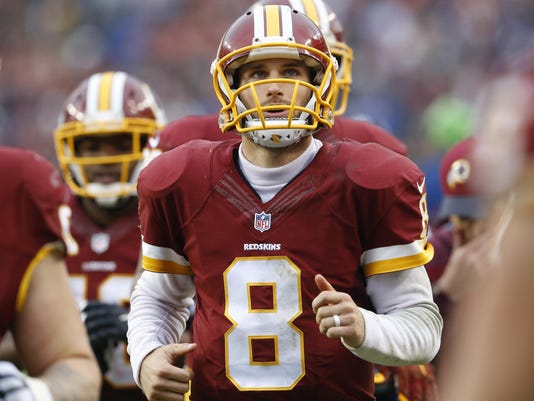 He can call for a fade near the goal line in a huddle, but could Washington quarterback Kirk Cousins stand tall in the Situation Room and demand a surgical strike on an ISIS compound near a refugee camp?

John Noonan could care less at this point. Anyone but Donald Trump, surmises the former Jeb Bush advisor, who says he will write in the former Michigan State star’s name for president if Trump is the GOP nominee, according to a story in The Hill.

“Cousins isn’t any less experienced than Trump, and at least Cousins has never bankrupted a casino,” he said. But, he added, “I’d like to see Cruz beat Trump or a third-party conservative come in, in that order.”

The Holland Christian High product played at Michigan State from 2008-11, leading the Spartans to the Big Ten championship in 2011. He is entering his fifth NFL season.