Steelers running back Le’Veon Bell, formerly of Michigan State, reportedly is facing a four-game suspension to start the NFL season. 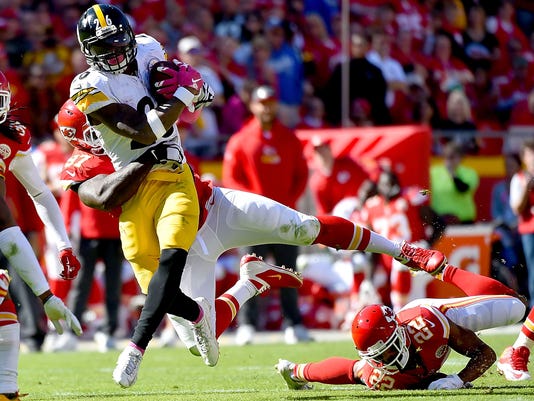 Steelers running back Le’Veon Bell, formerly of Michigan State, reportedly is facing a four-game suspension to start the NFL season.

ESPN's Dan Graziano, attributing his information to sources, says Bell’s suspension is the result of a missed drug test. ESPN says the suspension hasn’t been announced because Bell is appealing the punishment.

Bell was suspended for two games in 2015 following his arrest for DUI and marijuana possession.