Bob Wojnowski, John Niyo, Angelique Chengelis and Matt Charboneau break down the Wolverines' and Spartans' prospects, as well as those of the undefeated Western Michigan Broncos, going into Week 12 of the college football season. 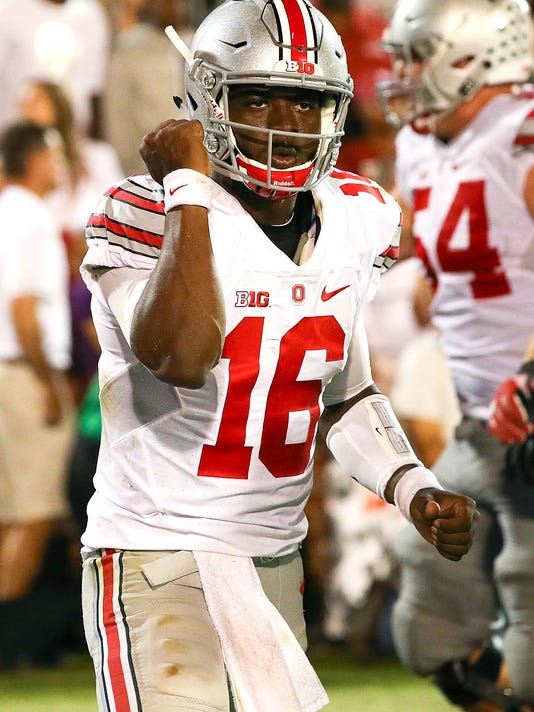 Curtis Samuel, RB: The junior has 750 yards (75 average, No. 3 Big Ten) and six TDs. Samuel is also second on the team with 637 rushing yards. He’s joined by redshirt freshman Mike Weber (935 yards, seven TDs), who is close to becoming the third freshman to run for 1,000 yards for the Buckeyes.

Malik Hooker, S: The sophomore has 55 tackles and was named to midseason All-American lists by several publications. Hooker has 4.5 tackles for loss and one-half sack, and leads the team with five INTs. Hoover also has four pass break-ups, nine passes defended and returned an INT for a TD.

It’s over: Michigan State ended its seven-game skid with the victory over Rutgers, and won a second straight for the first time since Week 2. Two more wins, and the Spartans would be 5-7 and could possibly get into a bowl.

Hello, Buckeyes: Michigan State kept Ohio State from an almost certain spot in the BCS title game with a win in the 2013 Big Ten title game and dashed its playoff hopes with a win in Columbus last season.

Last time: It’s the final home game for 28 seniors, a group that has been part of two Big Ten titles, two bowl victories and an appearance in the College Football Playoffs. The class is 39-12.

Title hopes: A win by Michigan State could cause all sorts of issues in the East and playoff picture. Ohio State can’t afford to lose in the chase for the division and No. 2 playoff ranking.

■ Michigan State has won three of the last five over Ohio State, including the 2013 Big Ten Championship game. The visiting team has won each of the past four.

■ RB LJ Scott leads Michigan State with 775 rushing yards and shares the lead with five rushing TDs. In his last four games, Scott has averaged 109.8 yards and has gone over 100 yard three times.

■ Michigan State has had a different starting lineup every game — on offense and defense — and 24 players have either started for the first time or are in their first full-time starting role. With 19 first-time starters, The Spartans are one of the youngest teams in the FBS.

■ Ohio State’s defense has allowed 10 TDs, three rushing (fewest in the FBS). It also has scored six defensive TDs, No. 2 in the FBS.