An air show that includes 15 planes and helicopters will take place over Michigan Stadium. 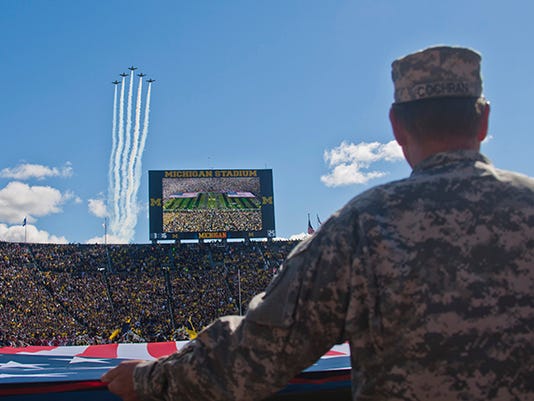 An air show that includes 15 planes and helicopters will take place over Michigan Stadium on Saturday prior to the Wolverines' game against Utah.

The show, which will begin at approximately 3:15 p.m. (game starts at 3:30) celebrates the 100th anniversary of the University of Michigan Department of Aerospace Engineering -- the oldest aeronautical engineering education program in the United States.

Here are the aircraft in the show:

* Enstrom 408B, a helicopter designed and built in the Upper Peninsula.