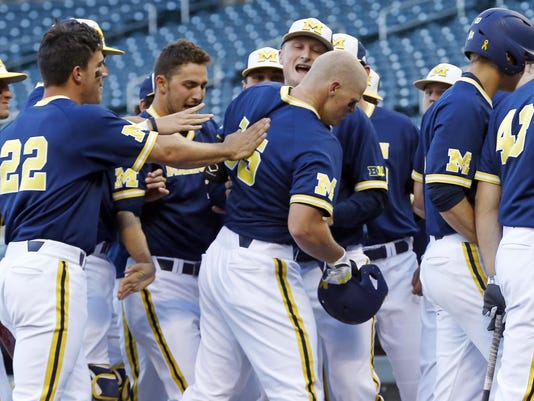 The third-seeded Wolverines (35-23) knocked Hawkeyes starter Blake Hickman (9-2) out of the game in the third inning. Hickman walked three of the last six batters he faced, and allowed four hits and two earned runs in the loss at Target Field for second-seeded Iowa (39-15).

Cronenworth took the mound in the ninth inning, getting two outs for the save.

Eric Toole homered for Iowa, which will play sixth-seeded Indiana on Friday. Michigan next plays on Saturday.