Michigan senior second baseman Sierra Romero is the nation’s best college softball player, according to espnW, which compiled a list of the top 25. 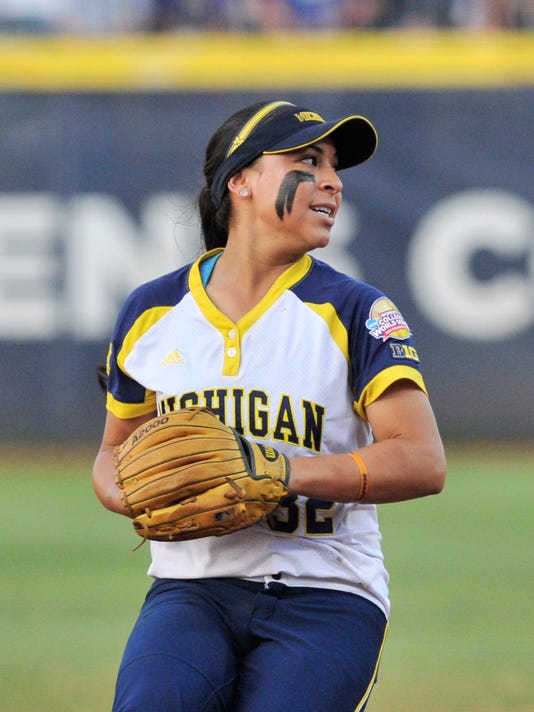 Michigan senior second baseman Sierra Romero is the nation’s best college softball player, according to espnW, which compiled a list of the top 25.

Wolverines junior pitcher Megan Betsa checks in at No. 23.

Romero was the espnW national Player of the Year in 2015 after leading the Wolverines to the Women’s College World Series championship finals. She hit .449 with 22 homers, 83 RBI and 58 walks.

Romero is off to another hot start her senior season, with a .583 average, two homers and seven RBI through five games.