Doyle (6-4, 210) announced his commitment on Twitter. He picked the Wolverines over Ole Miss.

“I am blessed and excited to say I have committed to the University of Michigan!” he wrote. “Thank you to everyone who helped me get here.”

Doyle, who is ranked the nation’s No. 30 pro style quarterback in his class by Scout.com, is the 14th commitment for Michigan for 2018. He is the second quarterback commit, joining Joe Milton of Orlando, Florida.

"They're a great football team,” Doyle told Scout.com about Michigan. “The University of Michigan itself is a great academic institution. Coach (Jim) Harbaugh and Coach (Pep) Hamilton developed many quarterbacks and I've seen the quarterbacks playing there and the quarterbacks they have previously had and I think I fit the mold really well."

I am blessed and excited to say I have committed to the University of Michigan! Thank you to everyone who helped get me here. #GoBlue 〽️ pic.twitter.com/RSWtfm2R4E 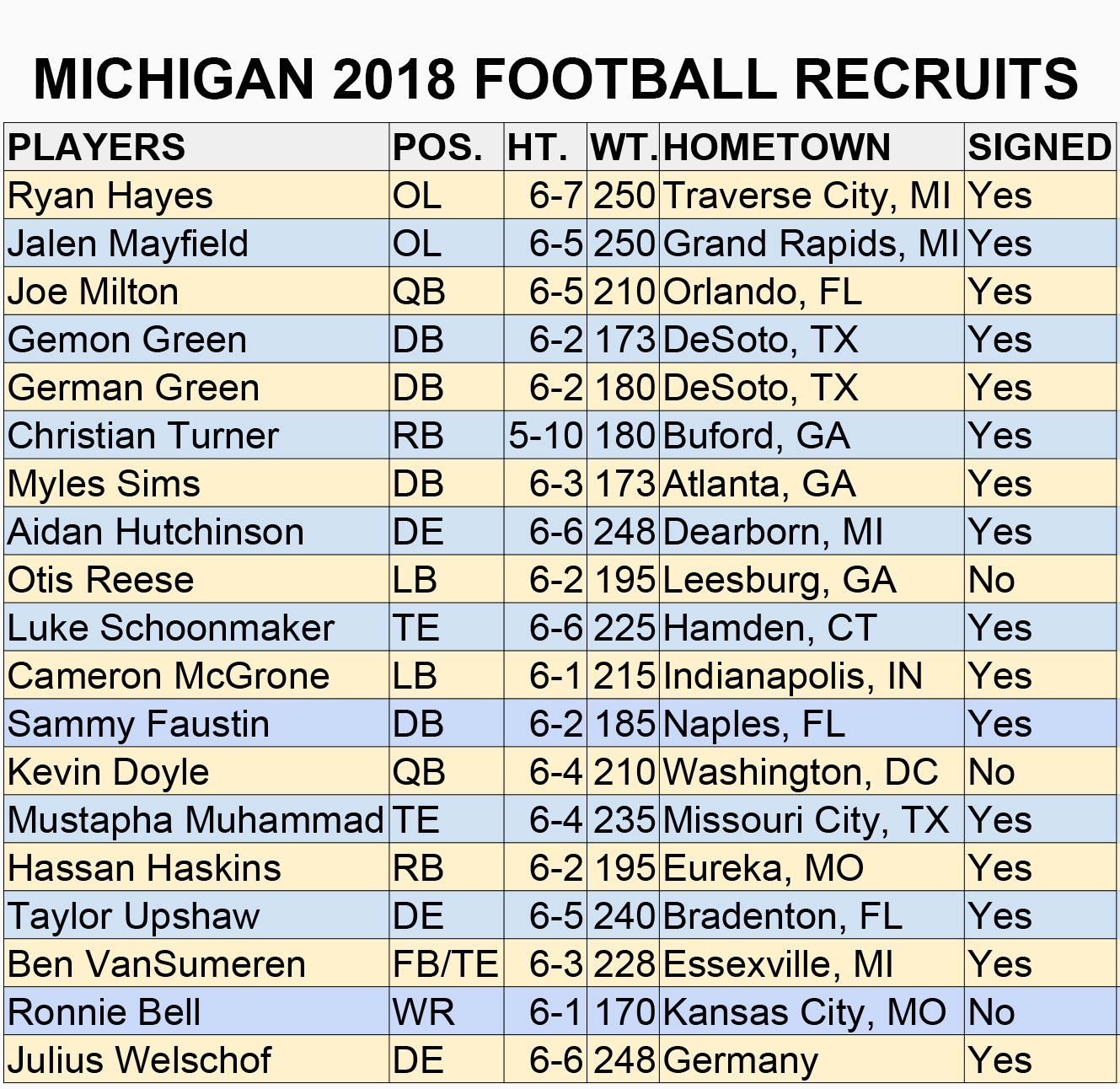