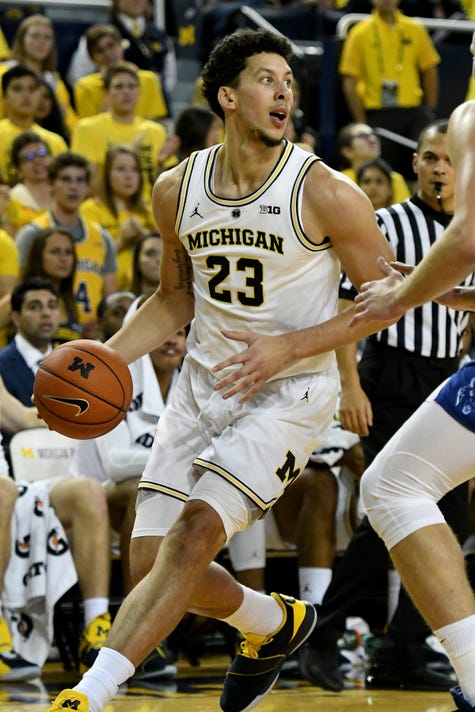 How things have changed.

With freshman Ignas Brazdeikis and sophomore Isaiah Livers flourishing and holding down the four spot for the No. 5 Wolverines, that has created a roadblock for Johns.

But with the backup center position in need of depth, that has opened an avenue for Johns.

“I think his eventual position will be a four-man…but you are who you can guard and that's where he is right now,” Beilein said Friday, ahead of Saturday's game with Western Michigan. “I'm just trying to get him on the floor. What's his easiest path to getting on the floor this year? That may be the easiest path right now.

“Iggy, we thought is he going to play more two? Is he going to play more four? I recruited him at a wing position but the two is about ability and Jordan Poole has been good. We're just trying to get him on the floor. We saw him as competing with Isaiah Livers at one time and Iggy's emergence has got in the way."

Most of this season, though, Johns (6-foot-8, 225 pounds) has been trying to find his own way — like most freshmen — when it comes to making the leap from high school to college. There’s adjusting to the flow and faster pace. There’s learning how to use different areas of his game, like leaning more on his physicality at the five and using more of his athleticism at the four.

And, of course, there’s the typical hurdle on defense, an area Johns said he struggled with early on due to all the concepts, like knowing what to do at certain times in ball-screen coverages.

More: Unbeaten Michigan rises to No. 1 in NCAA's NET rankings

“Now looking at myself and looking at myself back then, I could see a big improvement of defensive aspects and also just physicality, being aggressive, being confident,” said Johns, who spent some time playing center in the Nike EYBL.

“In high school I kind of trotted everywhere. I mean, I played defense, but I didn't really play defense. Coming here it's kind of like you're playing defense every second of the game at an intense speed so trying to build up to that speed took me some time. I think, overall, I'm comfortable with it now.”

Johns is also more at ease soaking in the process as he goes from being “the guy” in high school to another reserve scrapping for playing time. 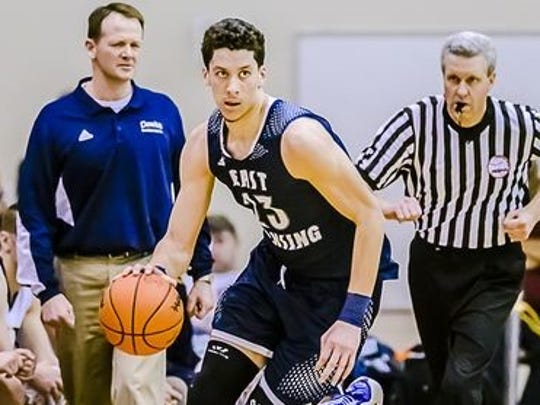 While it’s an adjustment, he has kept things in perspective and understands it takes time. No freshman is going to do everything perfectly and the only thing he can do is keep his head up and keep pushing through.

“(Practice) is like a whole new opportunity for me to show what I can do and prove to them that they can trust me,” Johns said. “I was so worried about messing up but you kind of grow out of it. People are going to make mistakes, it's just how you react to it.

“Coach B talked to me about it and I kind of realized you can't really have that mood or that kind of stigma about you when you're going into the game or even in practice because it's just going to hold you down and prevent you from getting better.”

So far this season, Johns has appeared in seven of Michigan’s 10 games and is averaging 1.4 rebounds and one point in 4.1 minutes.

Beilein noted the typical areas most freshmen struggle with — communication, confidence, making the next right play — have been holding Johns back from cracking and expanding the rotation.

Yet, Beilein said Johns has shown progress and continues to give the coaching staff reasons he could be deserving of more playing time.

“Just being stronger at the basket, finishing more against the body, guarding better,” Beilein said. “He had a couple really good defensive stops today. Just taking that stuff really seriously. These are little things. You're not going to be back there long. We can't have you make a mistake on offense, a mistake on defense. That's four points for us.

“You really have to get some of the basic fundamentals down. I'm talking if you got leverage, finish it. Go get a 50-50 rebound, run the floor really hard, typical things that a lot of young kids don't have coming in. They've always been able to get it without trying as hard. Now you got to try hard and still get it done.”

By all accounts, that’s all starting to click for Johns.

And with three nonconference games remaining the rest of December — Western Michigan, Air Force and Binghamton — it wouldn’t be a stretch for a bigger opportunity to possibly arise for Johns.

“It's like me with my football teams and my baseball teams. I want to see the Triple-A guy, I want to see him go up and play,” Beilein said. “He's hit 20 home runs, he's got to get a chance. I'm very hopeful that we can do that.”