Linebacker Nikhai Hill-Green became the third football player from St. Frances Academy to commit to the Wolverines for the 2020 recruiting class. 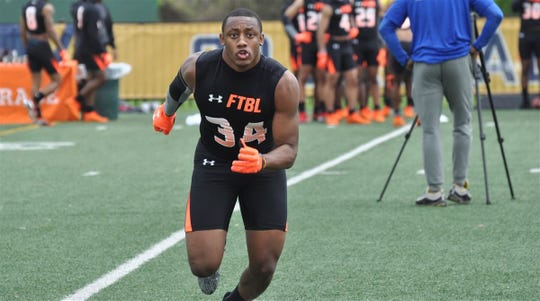 Michigan apparently has secured a pipeline to St. Frances Academy in Baltimore.

Linebacker Nikhai Hill-Green became the third football player from the school to commit to the Wolverines for the 2020 recruiting class, revealing his decision Thursday on Twitter.

Hill-Green is ranked the No. 27 outside linebacker in the country, according to the 247Sports composite, and the No. 14 recruit in Maryland. He is the eighth commitment in Michigan's 2020 recruiting class.