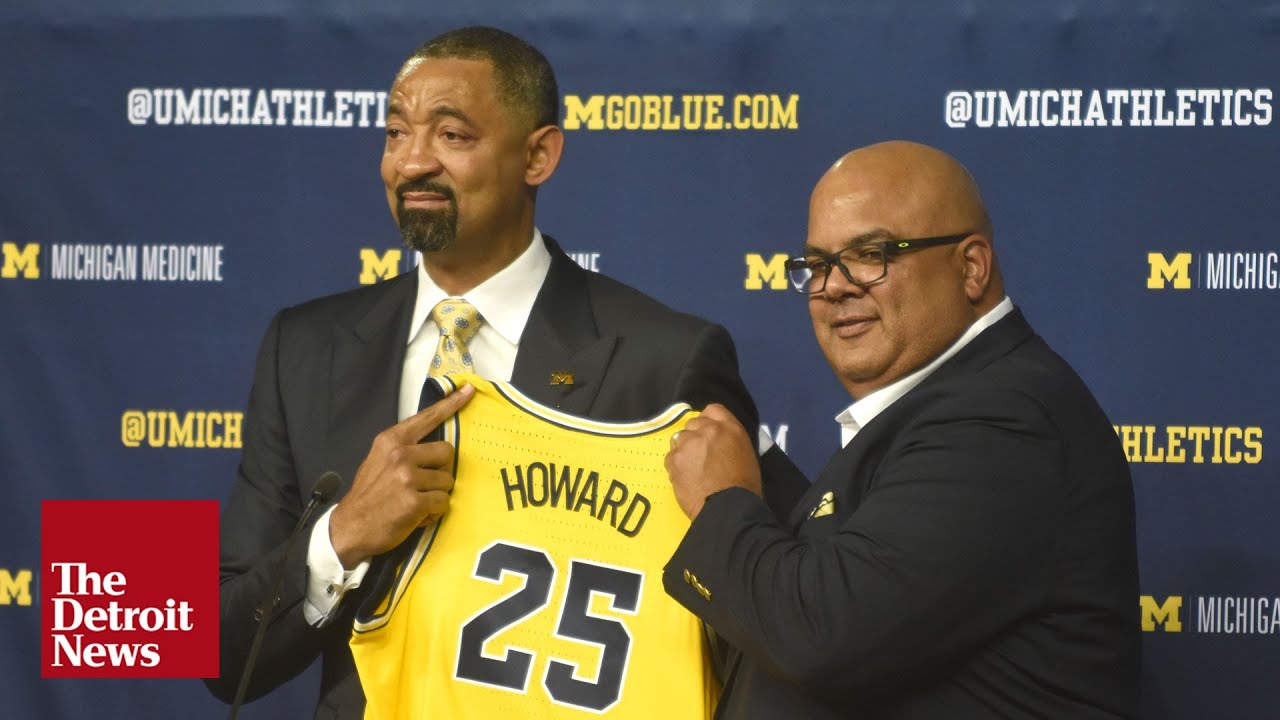 Ann Arbor — The torch has been passed from one great to another.

A week after being named John Beilein’s successor, Juwan Howard was formally introduced as the 17th coach in Michigan men’s basketball history Thursday at Crisler Center.

The hiring brought an end to a 10-day national coaching search to replace Beilein, the program’s all-time winningest coach who left for the NBA, and brought Howard back to the same place he starred from 1991-94.

Howard was emotional from the start of the press conference, wiping away tears, and needing a moment to compose himself before addressing the crowd.

"Last time I had a press conference in this building, was 1994," said Howard. still wiping away tears. "I declared that I was going to the NBA. I felt like I was letting down my teammates, because I didn't do what I came here to do ... to bring a championship to this university. A university I care so much about. I guess you can see that now. ...  Now, let's fast forward 25 years later: I'm back."

Howard, 46, was a member of Michigan’s Fab Five — the star-studded recruiting class along with Chris Webber, Jalen Rose, Jimmy King and Ray Jackson — and helped lead the Wolverines to two national championship games and an Elite Eight appearance.

Following his three-year career where he became one of seven Michigan players to reach 1,500 points and 700 rebounds, Howard went on to be a first-round pick, All-Star and two-time champion over his 19-year NBA career.

Since retiring in 2013, Howard spent six seasons as an assistant coach with the Miami Heat before athletic director Warde Manuel came calling and offered him his first head-coaching job.

With his return to Ann Arbor after a 25-year stay in the NBA, Howard inherits a program coming off back-to-back 30-win seasons and will be tasked with carrying on the standard of success Beilein set over his 12-year tenure.

Michigan athletic director Warde Manuel made it clear that he wanted Howard as his coach.

"I stand here today with my choice."