Bill Mogk paid a surprise visit to the Michigan baseball team and wanted to share a message. 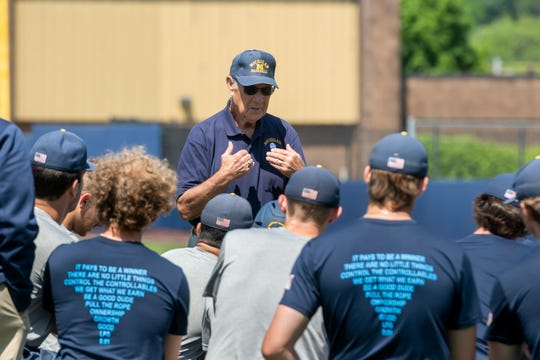 Ann Arbor — Bill Mogk paid a surprise visit to the Michigan baseball team and wanted to share a message.

Mogk, captain of Michigan’s 1953 baseball team that won the first of the program’s two national championships, spoke to the Wolverines on the field at Ray Fisher Stadium on Wednesday before their sendoff to Omaha for the College World Series.

Michigan is playing in the World Series for the first time since 1984 and opens Saturday against Texas Tech.

Mogk, who has cancer and is being monitored by doctors who he described as “cautiously aggressive” with his treatment, said he watches as many of the Michigan games as he can.

“What I wanted to do was to tell these guys what they have meant to our ’53 team,” he said. “Only 17 of us went to Omaha in ’53, not the 35 or whatever they’ve got now. Right now, there’s only four of us who are really alive and mobile. I’m in Grosse Pointe. I have a teammate in Boston, a teammate in New Mexico and a teammate in Denver.

The ’53 team donated a bronze plaque that is in the baseball locker room.

“It is a challenge from our team to all the future ball players,” said Mogk, wearing a blue Michigan baseball shirt and hat. 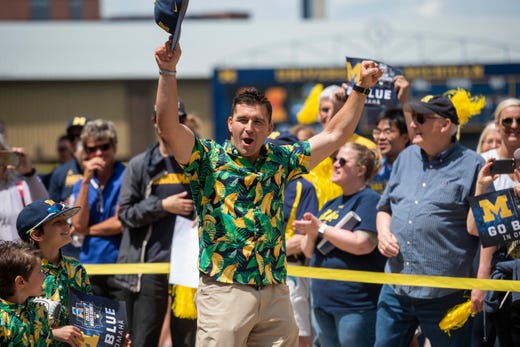 Michigan head baseball coach Erik Bakich waves goodbye as the team is sent off by fans from Ray Fisher Stadium to the College World Series in Omaha, Neb., on Wednesday, June 12, 2019. It's Michigan's first trip to the CWS since 1984. David Guralnick, Detroit News
Fullscreen 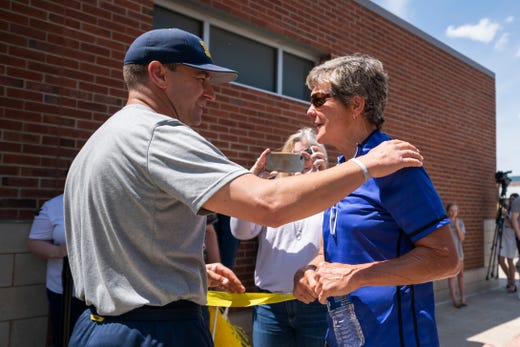 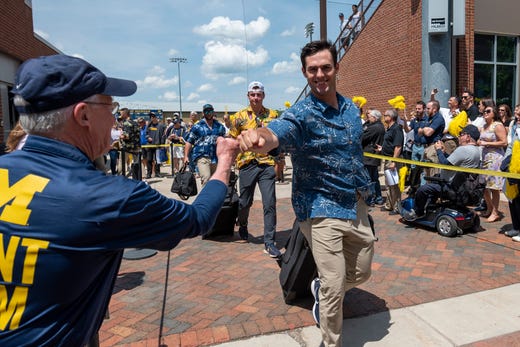 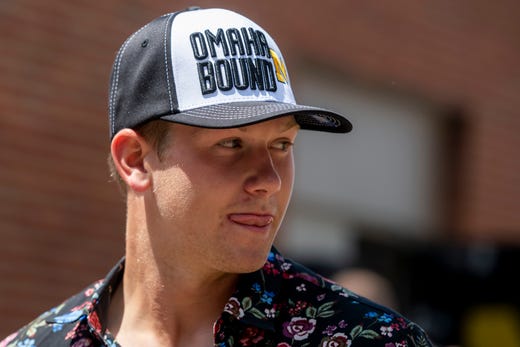 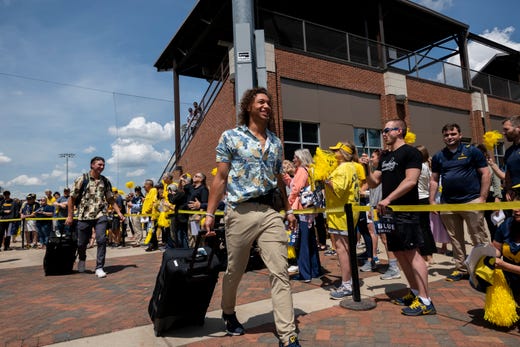 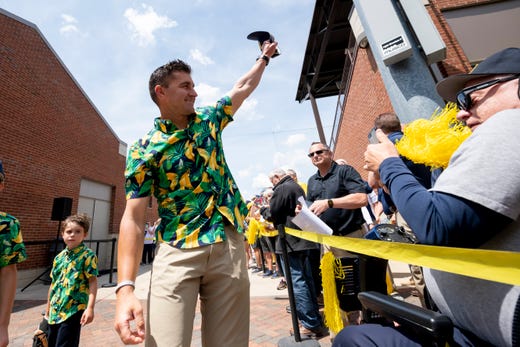 The biggest challenge the team members pose, he said, is that the players represent the university and team on and off the field “properly.”

“They have taken those and done that,” Mogk said, singling out the players’ work in the community under coach Erik Bakich, in his seventh year at Michigan.

Mogk said he admires the way the Wolverines “pick each other up." He shared one story with them from the 1953 championship game and advised them not to get into a similar situation. Michigan defeated Texas, 7-5, to win the title that year.

“I told them they’ve done everything we’ve challenged them with, but one thing we did, you do not need to do with your coach,” Mogk said, smiling. “In the last inning of the championship game, we were up 7-4 and all we needed was three outs and we’re in. Next thing you know, it’s 7-5 and they’ve got bases loaded, we’ve got one out and their No. 4 hitter is up. (Michigan coach) Ray Fisher brought in the third pitcher of the inning. Not the game, the inning. He’s a left-hander, and he’s throwing the pitches in there. He did not hit the catcher. Rick Leach’s dad, Dick, was our catcher. He didn’t hit Dick with any of the pitches.

“(Fisher) came out, we’re all on the mound, all the infielders. He gave us a very obscene direction of what to do. It broke us up. We laughed. The umpire came up and said, ‘What are you guys doing?’ We get through. He strikes this boy out. Never took his bat of his shoulder. Guy hit a ball to me, got it, I stepped on first, we win. Afterwards, I went back and looked in the dugout to see where Fisher was. Where was he? Where in the heck was Ray? He was in the locker room throwing up.”