Burnett is the eighth top-50 prospect the Wolverines have made the final cut for over the last few weeks. 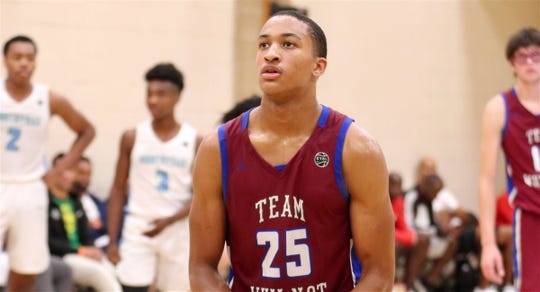 Everything comes in threes, even when it comes to Michigan making top-five lists for some of the nation’s top guards.

Napa (Calif.) Prolific Prep’s Nimari Burnett unveiled his finalists on Monday and the Wolverines remain in the hunt, along with Alabama, Louisville, Oregon and Texas Tech.

Burnett (6-foot-3, 185 pounds) is rated the No. 23 recruit in the 2020 class, according to the 247Sports Composite, and joins Joshua Christopher and Jaden Springer as the third five-star guard to put Michigan in his top five.

Burnett, who transferred from Chicago Morgan Park after his freshman year, took an unofficial visit to Ann Arbor this past season when Michigan hosted Michigan State on Feb. 24. He was originally offered by former coach John Beilein in May and the offer was reaffirmed by coach Juwan Howard.

"I’ve known Juwan Howard since I was little and for him to be a coach of a program that not only he came from but is also a good school means a lot," Burnett told Stockrisers.com.

Burnett has reportedly scheduled an official visit to Michigan for Sept. 5-8, the same weekend as four-star forward Lance Ware and one weekend before five-star center Walker Kessler. He also has officials booked for Louisville and Alabama in September.