Williams is the third top-40 big man to name Michigan as a finalist, along with five-star center Walker Kessler and four-star center Hunter Dickinson. 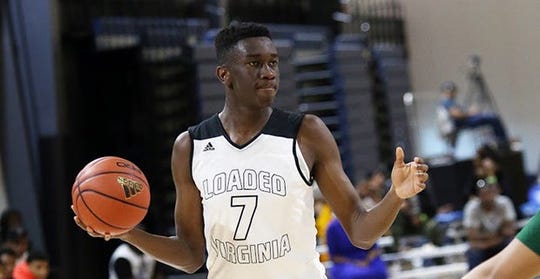 Michigan has jumped into the mix for another top-ranked big man.

Mark Williams, a four-star center from Norfolk (Virginia) Academy, reportedly received an offer from Michigan and added the Wolverines to his list of finalists on Wednesday, according to Stockrisers.com.

Michigan has also made the final cut for Walker Kessler and Hunter Dickinson, the No. 3 and No. 5 centers for 2020 who are expected to visit Ann Arbor in the fall.

The Wolverines have three open scholarships for their 2020 recruiting class and are receiving consideration from nine top-50 recruits: guards Joshua Christopher (No. 9 overall), Jaden Springer (No. 13) and Nimari Burnett (No. 22); forwards Isaiah Todd (No. 10), Lance Ware (No. 35) and Henry Coleman (No. 40); and big men Kessler (No. 15), Dickinson (No. 29) and Williams.

Five-star senior Mark Williams has added Michigan to his final list of schools and they’ve now offered him, a source told @Stockrisers. Duke, UCLA, Virginia Tech, Stanford, Georgetown, Ohio State are the others.