The Michigan basketball program announced on Monday freshman guard Franz Wagner was diagnosed with a fracture in his right shooting wrist. 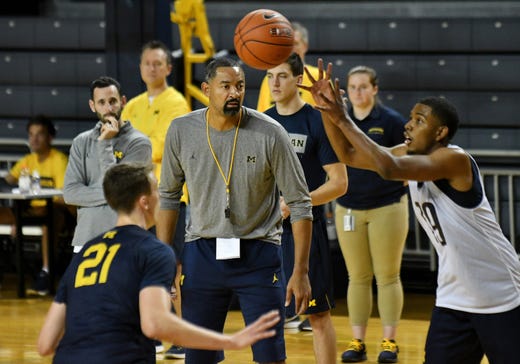 Michigan head basketball coach Juwan Howard, in gray, gathers his team around at the start of practice. Robin Buckson, The Detroit News
Fullscreen

Players do a dribbling and passing drill at practice. Robin Buckson, The Detroit News
Fullscreen 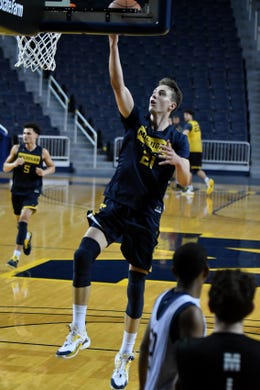 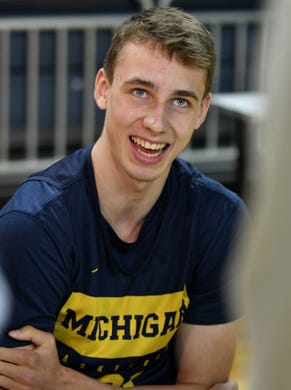 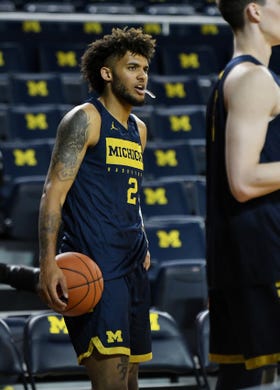 Michigan forward Isaiah Livers listens to the instructions for a drill at practice. Robin Buckson, The Detroit News
Fullscreen 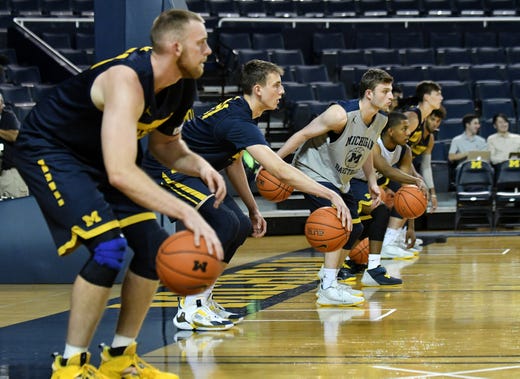 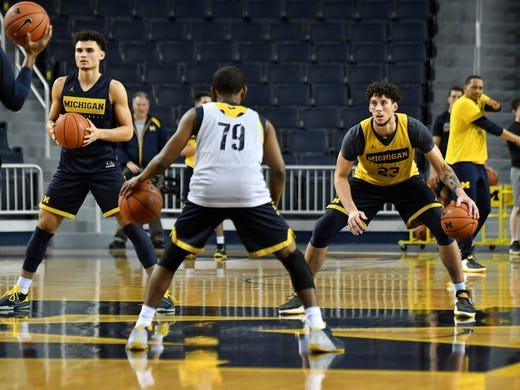 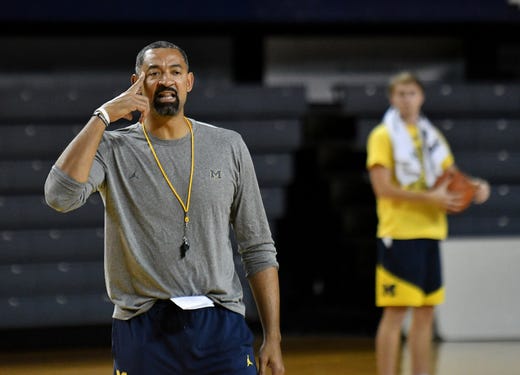 Juwan Howard said the team has been watching clips of Presbyterian from last season but noted it’s not an “accurate indication” of what the Wolverines can expect to see Tuesday night. Robin Buckson, Detroit News
Fullscreen 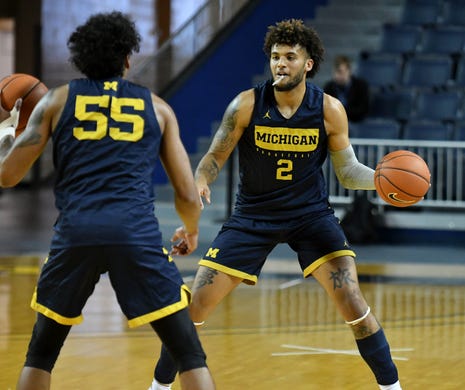 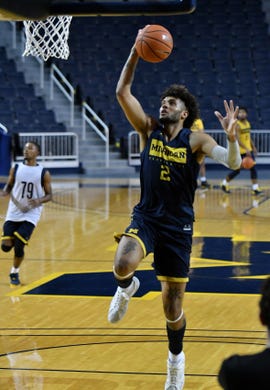 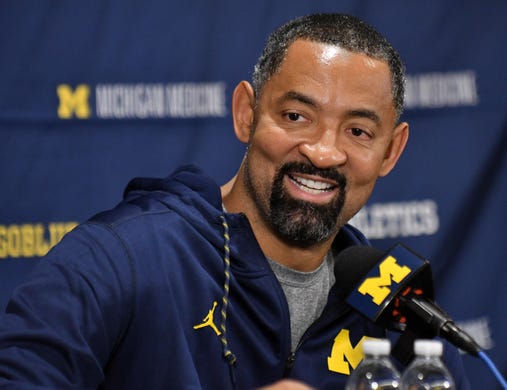 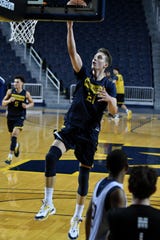 The program announced on Monday freshman wing Franz Wagner was diagnosed with a fracture in his right shooting wrist that will sideline him at least a month.

The injury won’t require surgery and Wagner is expected to make a full recovery in four to six weeks.

According to a program spokesperson, Wagner, the younger brother of former Michigan star Moritz Wagner, suffered the injury this past weekend when he fell in practice.

"While this is an unfortunate situation for Franz, we know he will make his return as soon as he is able," Howard said in a statement. "We have the finest medical staff and trainers at Michigan, so we know he is in good hands."

At worst, he could miss up to eight contests, which would include Houston Baptist (Nov. 22) and the loaded Battle 4 Atlantis tournament in the Bahamas where the Wolverines will open the three-game, three-day event against Iowa State (Nov. 27).

A six-week recovery window would also put his return date at Dec. 2, a day before Michigan travels to Louisville for the ACC/Big Ten Challenge and four days before the Wolverines open Big Ten play against Iowa.

Wagner (6-foot-8, 205 pounds) was expected to be a key contributor out of the gate this season after he opted to go the college route over signing a professional contract with Alba Berlin, the German team he played with last season.

He earned plenty of rave reviews since arriving in Ann Arbor from his coaches and teammates for his basketball IQ, maturity and skill set on both ends, and was expected to compete for a starting role alongside senior guard Zavier Simpson, senior center Jon Teske and junior forward Isaiah Livers.

While the Wolverines — a team that lost the majority of its perimeter scoring from a year ago — will sorely miss his outside shooting, Wagner’s injury will open the door for junior guard Eli Brooks and sophomore guards David DeJulius and Adrien Nunez to step into a larger role and prove themselves early in the season.