Michigan athletics in the 2010s: Top stories from the past decade

A look back at the top Michigan athletics stories in the past decade.

Michigan athletics in the 2010s: Top stories from the past decade

Detroit News sports writers Angelique S. Chengelis and James Hawkins rank the most notable events during the past decade for Michigan:

It was huge news in Ann Arbor and around the country when Jim Harbaugh was hired by interim athletic director Jim Hackett in December 2014 to coach his alma mater. Harbaugh had mutually agreed to part ways with the San Francisco 49ers and replaced Brady Hoke, who was fired after four seasons. Hackett later revealed that the coaching search process was dubbed “Project Unicorn.” Hackett later said the “unicorn is about perfection, trying to find something that’s perfect.” Harbaugh coached his fifth season with the Wolverines in 2019 and is leading the team into the next decade. 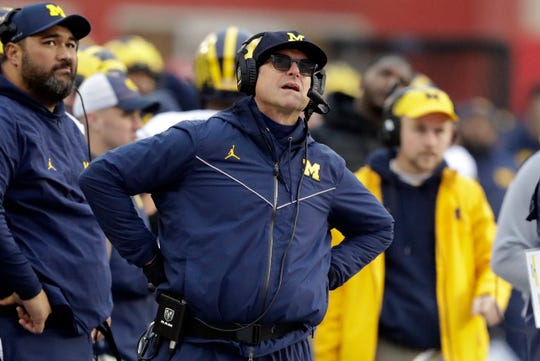 Jim Harbaugh's hiring as Michigan football coach was the biggest story of the decade for the university. (Photo: Darron Cummings, AP)

The men’s basketball team captivated the nation in March 2017 when the Wolverines turned near tragedy into triumph. After avoiding serious injury in a plane mishap the day before the Big Ten tournament, Michigan went on to win four games in four days — including the opener in its practice uniforms — to become the lowest-seeded team to ever win the event. That served as a springboard into the NCAA Tournament, where the Wolverines fell a Derrick Walton Jr. shot short of reaching the Elite Eight. 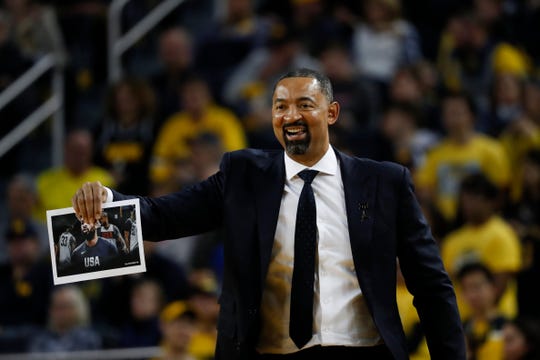 Michigan’s baseball team made a monumental run for the national championship in 2019, falling short in the World Series finale to Vanderbilt. In coach Erik Bakich’s seventh season, the Wolverines won 50 games this season, became the first from the program to reach a College World Series since 1984 and had its best national finish since the 1962 championship team. “They’re going to talk about Team 153 as the best team in the modern era, the third best team in 153 years but the best team in the modern era,” Bakich said after the series. “That’s pretty special.”

Longtime Michigan hockey coach Red Berenson said it felt like “the right time” when he announced his retirement in 2017 after 33 seasons coaching his alma mater, where he had been an All-American and team MVP his junior and senior seasons. He led the Wolverines to national championships in 1996 and 1998, and overall, 22 consecutive NCAA Tournament appearances (1991-2012), including 11 Frozen Fours during that span. He was Big Ten Coach of the Year in 2016.

Brienne Minor became the first African-American woman to win the NCAA tennis singles title May 29, 2017, also becoming the first woman to win a singles title for Michigan. She was the first black athlete since Arthur Ashe in 1965 to win an NCAA singles title. It was a remarkable postseason run to cap her sophomore season with the Wolverines, and automatically earned a spot in the main draw of the U.S. Open that year as a wild card. “I’m definitely proud of it,” Minor told The Detroit News at the time. “I’m hoping young African-American players see me as a role model. I hope I can inspire them.”

Michigan women’s basketball coach Kim Barnes Arico led her program, disappointed by an NCAA Tournament snub, to the 2017 women’s NIT national championship with a riveting 89-79 triple-overtime victory over Georgia Tech. All-time leading scorer Katelynn Flaherty scored 27 points and Hallie Thome had 25 in the victory. “We’re a great team,” Flaherty said after the game. “This tournament really made us come together. It’s a big accomplishment hanging the first banner in history in our school and that was really something I came in to do and the rest of us came in to do.” 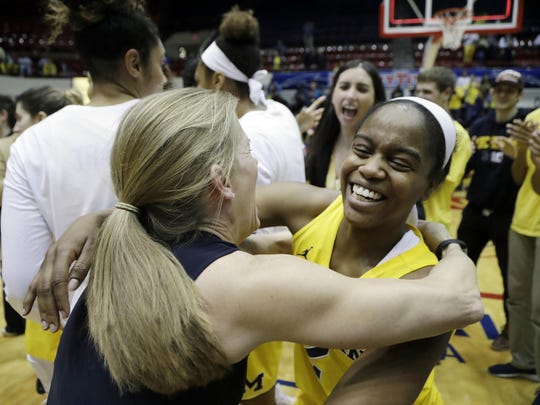 The 2015 softball team, led by Sierra Romero, the national player of the year, came up just short as coach Carol Hutchins and the program were going for their second national title. The Wolverines finished 60-8 but lost to Florida in the decisive game of a best-of-three series. Ironically, it was the 10th anniversary of Michigan’s softball title. “They’re the definition of team, which is a group of women who come together for a common purpose and commit to each other to achieve their greatest,” Hutchins said of the group.

Since 2010, the men’s basketball team missed the NCAA Tournament just twice (2010, 2015) during one of its greatest periods of sustained success. Over that span, the Wolverines posted a 19-8 record in the Big Dance with five Sweet 16s, three Elite Eights and two national runner-up finishes. The eight NCAA Tournament trips and five Sweet 16 appearances are the most during any decade in program history. 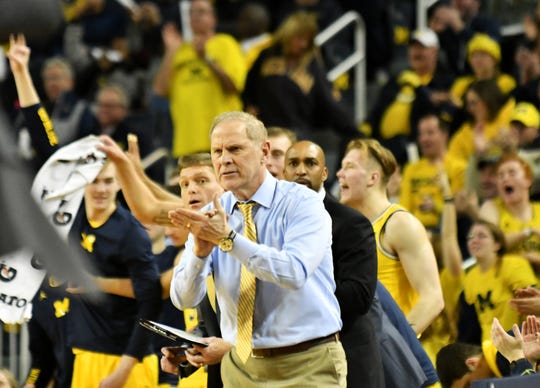 Not only did interim athletic director Jim Hackett pull off the hire of Jim Harbaugh, but he also landed an extremely lucrative apparel contract with Nike in 2015. A year later, Michigan unveiled its Jordan Brand Jumpman football uniforms, as the program became the first to wear the iconic Jordan Jumpman logo. Michigan Heisman Trophy winner Charles Woodson was instrumental in making the Michael Jordan connection with his alma mater, and Jordan eventually called Jim Harbaugh to broach the idea. “I said, You had me at hello,’” Harbaugh said of the phone call.