Michigan assistant coach Chris Partridge, considered one of the program's best recruiters and a fiery leader on the field, is leaving Jim Harbaugh’s staff for Ole Miss.

" ... My family and I are so ready for this," Partrdge tweeted Thursday afternoon. "The TOP is the only option! You've get everything I have." 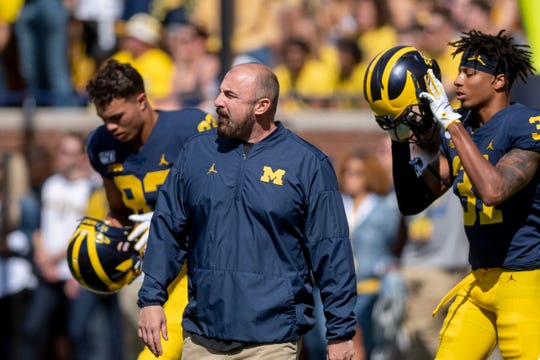 Durkin and Partridge are both former national recruiters of the year.

Partridge, Michigan’s safeties coach/special teams coordinator, earlier in the week was reported as a candidate for Ole Miss as defensive coordinator. Thursday's release indicates Partridge and Durkin are “defensive assistants” without specific roles or titles.

This is not the first time Partridge has generated interest from a Southeastern Conference school. Alabama offered him a linebackers job, but he turned that down in January 2018. Partridge, 39, has long been considered a top recruiter, tireless and enthusiastic about finding talent.

He had been head coach at Paramus Catholic in New Jersey before joining Harbaugh’s staff as director of player personnel in 2015. By the 2016 season, he was coaching linebackers and special teams.

"I will always be in debt to you," Partridge said in the tweet, of Harbaugh. "You gave me an opportunity when most wouldn't. You taught me an incredible amount of how to be a leader of men (through) the highs & lows of coaching. Your football players couldn't be in better hands with you leading them."

Partridge got a salary bump to $500,000 from Michigan after the Alabama interest. He said at the time it was “easy” for him to stay at Michigan.

“It would have been harder to leave no matter what the job was,” Partridge said in April 2018. “I appreciate Jim. I’ve got to be loyal to him. He gave me a shot. Not a lot of people would have gave a high school coach a shot.” 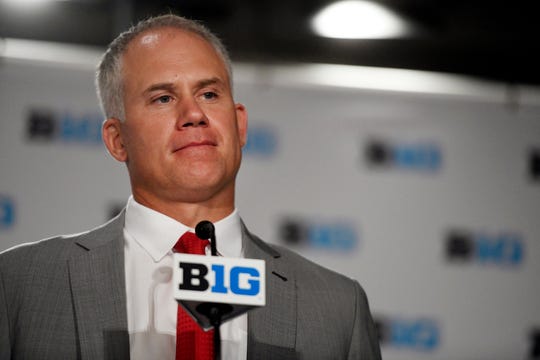 Durkin, fired as Maryland head coach in 2018 after a scandal revolving around the death of offensive lineman Jordan McNair, who collapsed at a team workout, spent this season as a consultant for the Atlanta Falcons.

He was defensive coordinator and linebackers coach at Michigan and led a defense that ranked fourth nationally in 2015.

Partridge was on the sideline for the Wolverines in their 35-16 loss to Alabama in the Citrus Bowl on Wednesday, finishing his fourth full season as special teams coordinator at Michigan and his second as safeties coach.

He was named National Recruiter of the Year by Scout in 2016 and received the same honor from 247Sports in 2017. He was ranked a top-five recruiter again in 2019 by 247Sports.

There has been considerable staff turnover since Jim Harbaugh has been head coach at Michigan. Here’s a look at who has come and gone at Michigan since Harbaugh took over in 2015: