Michigan has participated in the tournament twice before and holds a 7-1 record in the event.

Michigan will be one of four teams headlining the 2020 Empire Classic at Madison Square Garden in New York.

The Wolverines will be joined by Baylor, N.C. State and Villanova at the early season tournament on Nov. 19-20, according to a formal announcement released Wednesday. 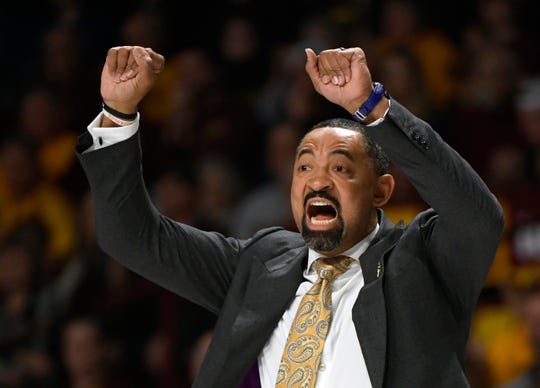 The annual tournament began in 1995 and invites eight teams from eight separate conferences. There are two games held at four campus sites before the semifinals and final are held in New York City. The event, which benefits the Wounded Warrior Project, formerly was known as the 2K Classic.

The complete field and schedule will be announced at a later date. General public tickets for the championship rounds at Madison Square Garden will go on sale the week of March 9.

Michigan has participated in the tournament twice before and holds a 7-1 record in the event. The Wolverines beat Michigan Tech, Northeastern and UCLA before falling in the championship game to Duke in their first appearance in 2008. Michigan took home the title in its second appearance by rolling Howard, IUPUI, Marquette and SMU all by double-digit margins in 2016.

Michigan’s non-conference schedule next season will also include a December neutral-site game against Kentucky at the O2 Arena in London and a road game at Oregon.

Senior guard Zavier Simpson was one of 15 players named to the Naismith’s midseason team for defensive player of the year.

Ten semifinalists for the award will be announced on Feb. 27 and four finalists will be revealed on March 12. The winner will be named on April 5.