The Wolverines took a 10-second backcourt violation and the Cornhuskers followed with a 30-second shot clock to open Tuesday's game. 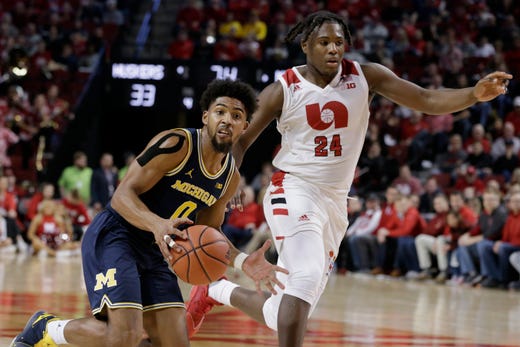 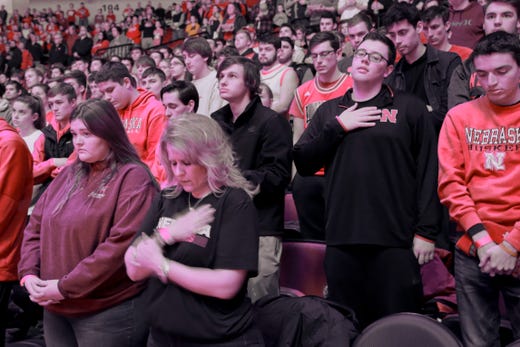 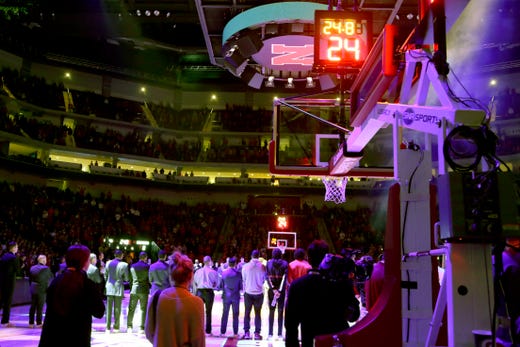 Nebraska and Michigan note the passing of Kobe Bryant before the game. Nati Harnik, AP
Fullscreen 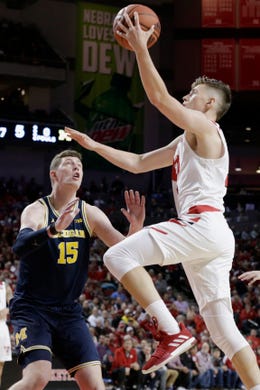 Nebraska's Thorir Thorbjarnarson goes to the basket against Michigan's Jon Teske during the first half. Nati Harnik, AP
Fullscreen 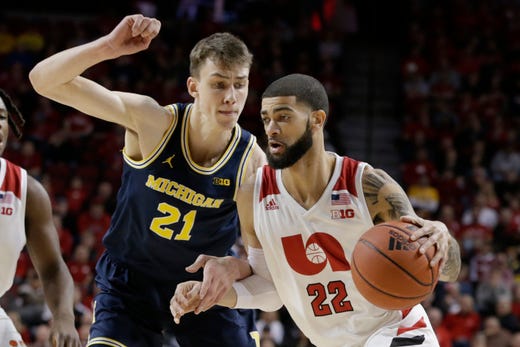 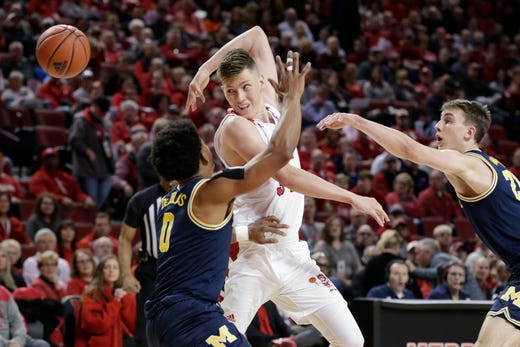 Nebraska's Thorir Thorbjarnarson makes a pass behind his back while defended by Michigan's David DeJulius and Franz Wagner, right, during the first half. Nati Harnik, AP
Fullscreen 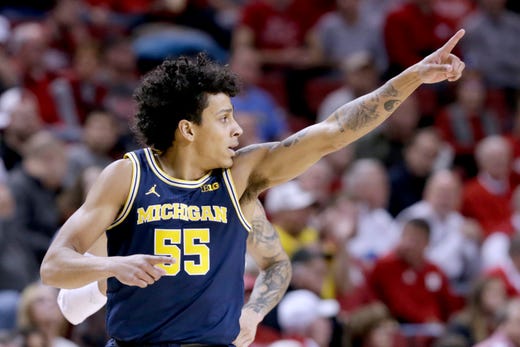 Michigan's Eli Brooks celebrates after scoring a 3-pointer during the first half. Nati Harnik, AP
Fullscreen 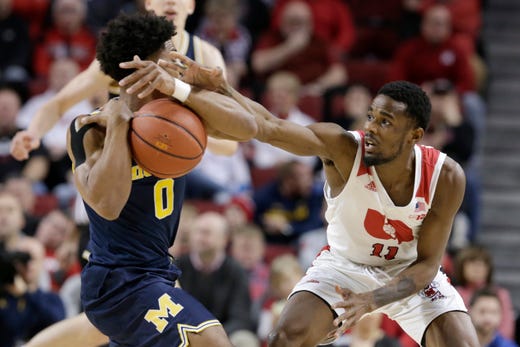 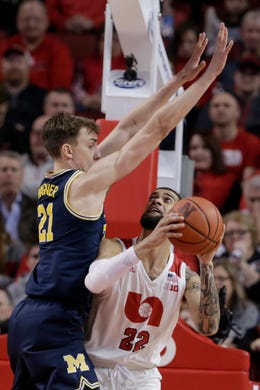 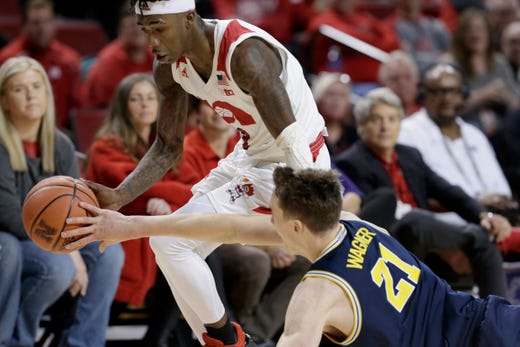 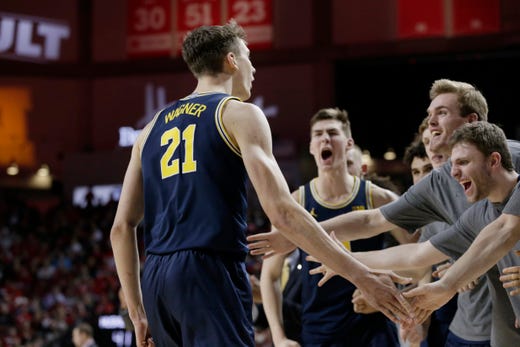 Michigan's Franz Wagner is congratulated after scoring against Nebraska, during the second half. Nati Harnik, AP
Fullscreen 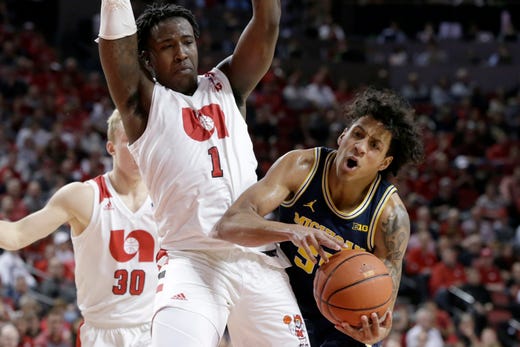 Michigan's Eli Brooks drives to the basket past Nebraska's Kevin Cross during the second half. Nati Harnik, AP
Fullscreen 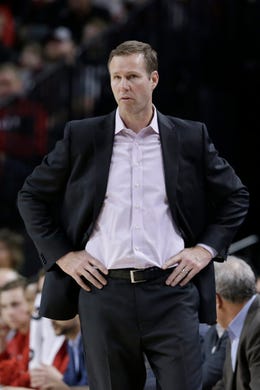 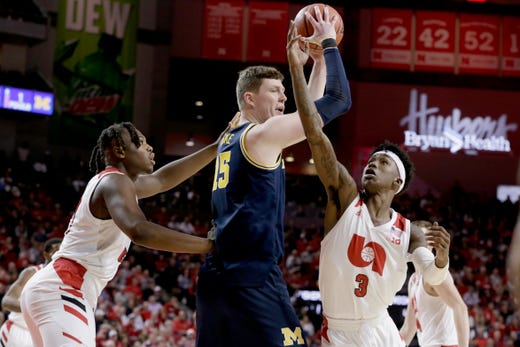 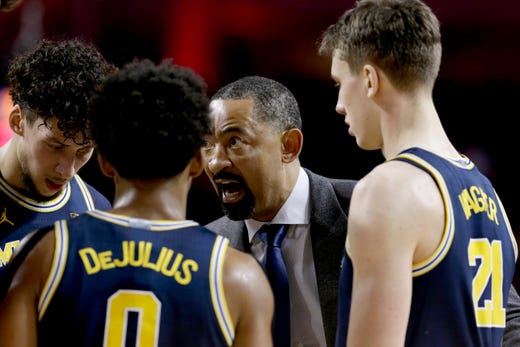 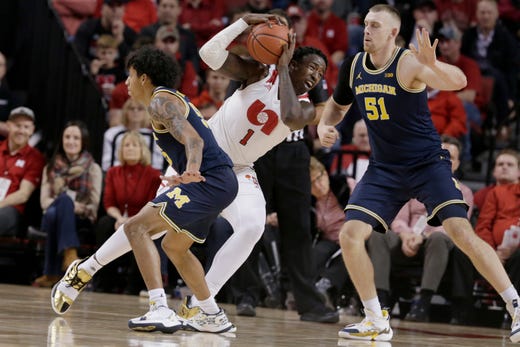 Nebraska's Kevin Cross goes to the basket between Michigan's Eli Brooks, left, and Austin Davis during the second half. Nati Harnik, AP
Fullscreen 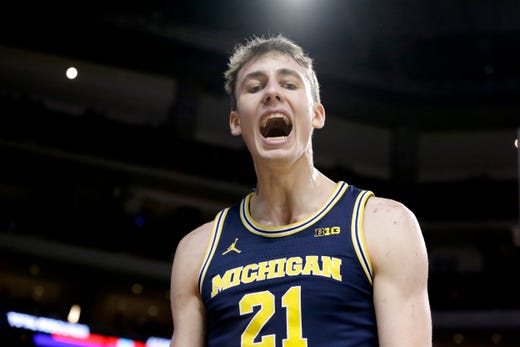 Michigan's Franz Wagner reacts to a foul call against him during the second half. Nati Harnik, AP
Fullscreen 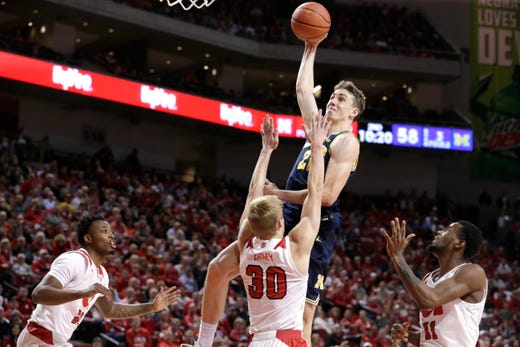 Michigan's Franz Wagner goes to the basket over Nebraska's Charlie Easley during the second half. Nati Harnik, AP
Fullscreen 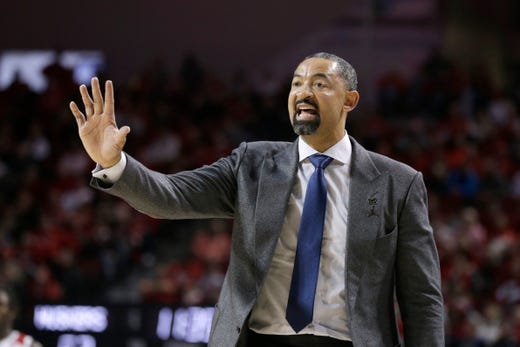 So before Tuesday’s game at Pinnacle Bank Arena, he approached Nebraska coach Fred Hoiberg about opening the contest with clock violations to honor Bryant.

The Wolverines took an intentional 10-second backcourt violation after winning the opening tip, and the Cornhuskers followed with an intentional 30-second shot clock violation on their first possession. The gestures were greeted with chants of “Ko-be!” and applause from fans, officials, coaches and players. 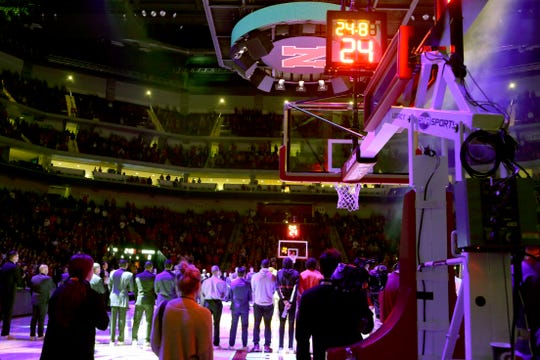 Nebraska and Michigan note the passing of Kobe Bryant before the game. (Photo: Nati Harnik, AP)

The clock violations were similar to the 8-second backcourt and 24-second shot clock violations NBA teams have done over the past couple days after Bryant was among nine killed in a helicopter crash on Sunday.

Bryant, a five-time champion and 18-time All-Star, famously wore both No. 8 and No. 24 during his 20-year NBA career with the Los Angeles Lakers.

While Bryant's death shook the basketball community, it hit hard for Howard and Hoiberg, who had pro careers that overlapped with Bryant. Howard entered the league in 1994, two seasons before Bryant was drafted out of high school. Hoiberg was drafted in 1995.

“I thought that was beautiful because Fred and I both played against Kobe," Howard said. "Yes, I saw NBA teams do it, and I thought it was very respectful to give the respect to a man who has given so much to the game of basketball and inspired all of us. Not only that, he gave a lot of us, including Fred and myself, some heartaches and pains playing against him.”

It didn't take much to convince Hoiberg to go along with Howard's idea.

"It was a no-brainer,” Hoiberg said. “Juwan and I both played against Kobe and to honor him before the game and have the two possessions was absolutely a no-brainer.”

Howard added he told his team what they were going to do to honor Bryant while Nebraska’s starting lineup was being announced. They were all for it.

“To pay respect to a legend and influencer of the game, it means a lot,” junior guard Eli Brooks said.

Pinnacle Bank Arena also held a 24-second moment of silence before the game, with an image of Bryant on the video screen and 24.8 seconds displayed on the clocks above each basket.

Like we've seen in the NBA, @umichbball and @HuskerHoops honored Kobe Bryant with clock violations to start the game: pic.twitter.com/EkSD7ZAZbh

Late in the second half, freshman wing Franz Wagner picked up a technical foul shortly after blocking a shot by Nebraska’s Kevin Cross.

Wagner was T’d up by referee Bo Boroski during play after Michigan gained possession and started heading the other way.

“I was hyped up, obviously, so I looked at the bench and they were hyped up, too, so I said something. I didn't talk (stuff) or anything to the other player,” Wagner said. “I didn't mean to be disrespectful or anything. I was just hyped up like that when I was talking to the bench. I don't really know what the ref thought I said.

“He was running right in that path. It probably looked like I looked at him but, yeah, I didn't."

Wagner said he received a warning for hitting the ball after he scored on the previous possession, which he thought played a role in Boroski's whistle.

“I’ve got to be able to stay level-headed," Wagner said. "That's a stupid mistake."

Michigan had a distinct size advantage and it showed in the final numbers. The Wolverines outrebounded the Cornhuskers, 41-27, and outscored them in the paint, 38-28.