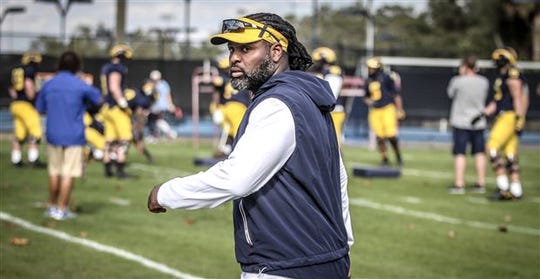 Bush spent four seasons on Jim Harbaugh's Michigan staff, arriving in Ann Arbor from Flanagan High School in Florida where, as head coach, he led the program to the 2015 state championship. His son, Devin Bush Jr., was a linebacker and co-captain at Michigan in 2018 and was the Big Ten's Defensive Player of the Year that season.

At Florida State, Bush Sr. played safety and helped the program in 1993 win its first national championship. Bush was a first-round draft pick by the Atlanta Falcons and played four seasons (1995-98) with the team. Additionally, Bush played for the St. Louis Rams (1999-2000) and the Cleveland Browns (2001-02). During his time in the NFL, Bush appeared in two Super Bowls and won Super Bowl XXXIV with the St. Louis Rams.