Howard lost out on a pair of five-star recruits, but still pieced together a top-15 recruiting class for Michigan.

Michigan coach Juwan Howard’s first full spin through the recruiting cycle had its twists and turns.

The Wolverines’ long pursuit of five-star guard Joshua Christopher came up short and the team’s top commit, five-star forward Isaiah Todd, wriggled off the hook the day before the regular signing period. 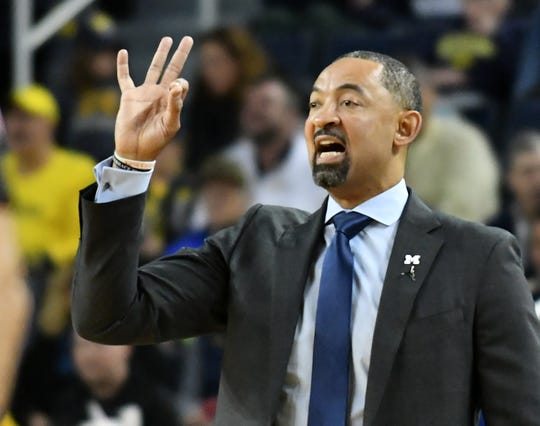 That doesn’t include three-star wing Jace Howard (Florida’s University School), Juwan’s son who will reportedly be joining the team as a walk-on next season.

“I think everyone would agree that Juwan Howard has exceeded expectations in his first year,” Rivals national basketball analyst Eric Bossi said.

While there may have been questions about how familiar recruits were with Howard’s resume and accolades, Bossi noted “everything he has been through is resonating” with prospects.

Bossi added the time Howard spent grinding as an assistant coach with the Miami Heat and his experience with recruiting — both as a player and as a parent — has helped him find early success.

“Clearly he has taken a lot of notes on that because he has hit the ground running and has built a tremendous buzz about the program,” Bossi said. “Kids are talking about Michigan. They're talking about Juwan Howard. They're seeing their buddies pick Michigan and they're saying, 'OK, I need to look into that, too.’”

That buzz has netted three top-100 recruits who rank in the top 18 of Michigan’s all-time commits since 2000, according to 247Sports. Dickinson, Jackson and Williams are all rated in the top 15 nationally at their respective positions by 247Sports and in the top 25 by Rivals.

Howard’s first haul already stacks up in the recruiting rankings against some of the top classes former coach John Beilein put together during his 12-year tenure. The 2020 group is ranked No. 12 and No. 13 in the nation, respectively, by 247Sports and Rivals. It’s also rated No. 1 in the Big Ten by both recruiting sites.

"I think, as a whole, it's a great class,” Rivals national basketball analyst Corey Evans said. “It's one that's going to impact the program right away, but it's also one that I would say is going to grow throughout their college careers. …Terrance, Hunter and Zeb, those guys are all going to leave a lasting mark on that program over the long haul.”

Here’s a quick breakdown of the incoming freshmen who will be heading to Ann Arbor for the 2020-21 season: 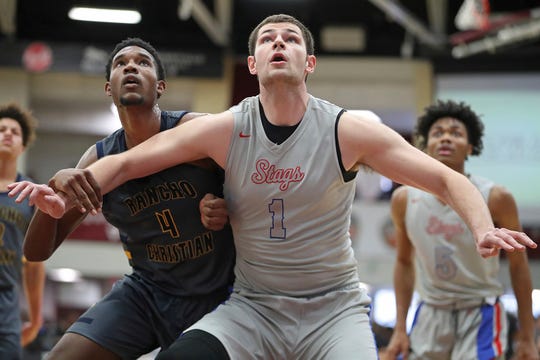 The 7-foot-2 center was named The Washington Post’s player of the year after averaging 17.7 points and 10 rebounds and leading DeMatha Catholic to another Washington Catholic Athletic Conference title. One of his most impressive performances came in January when he stole the show against five-star center and USC commit Evan Mobley by racking up 28 points, six rebounds and three blocks.

Dickinson, a top-40 recruit, is the highest-rated player of the class and has plenty of size and skill. While he could stand to diversify his offense and extend his game further away from the basket, he’s a load in the post and comfortable playing on the block. With Jon Teske (graduation) and Colin Castleton (transfer) both gone, Dickinson will see minutes right away and will push fifth-year senior Austin Davis for the starting job.

Bossi’s take: “He's big. He's strong. He's mean and nasty, too. He's nobody's punk. But pace of the game is always going to be an issue. I'm sure they're going to want to take him and redistribute his weight in the weight room and work on his conditioning and lateral quickness because he does need a little bit more time to set up. He's not a guy who flies from rim to rim, but he's got good hands. He's got very good touch. He can step out and make a 15-footer. If that dude sets a ball screen, the defender is going to feel it and have a tough time getting around that thing.”

Evans’ take: “I just think he needs to get better at being quick on his feet and become more athletic, work on his body. But from a skill-set perspective, there isn't many better 15-feet-and-in big men that I've covered in the past 10 years. When it comes to feel and understanding of how to play the game, hook shots over either shoulder, passing, mid-range shooting, he has all that.”

The 6-foot-4 combo guard left Ohio to play on a loaded squad at Montverde Academy in Florida for his senior year. However, Jackson didn't play a starring role and was part of the supporting cast for a team that featured top-50 recruits Cade Cunningham (Oklahoma State), Scottie Barnes (Florida State), Day’Ron Sharpe (North Carolina) and Moses Moody (Arkansas).

Prior to last season, Jackson averaged 25.4 points, 7.6 rebounds and 3.4 assists over his three-year career at Toledo’s Maumee Valley Country Day. He originally committed to Beilein and didn’t waver on his pledge when Howard took over. Jackson signed during the early period in November and will join a backcourt mix where there are minutes up for grabs.

Bossi’s take: “Frankly, he didn't play a lot at Montverde this year. When he did play, he sometimes looked a little bit lost. They're just such a crazy-talented roster that when you have that situation, there's always a guy or two who doesn't quite find his way and maybe he seemed to struggle with that. He can play probably more of a natural two who is learning to play the one. But he's long, he's got some explosion to him and a college weight room is going to do him wonders for having a little bit more strength to be confident to take contact and make some more plays happen."

Evans’ take: “I think he's an improving athlete that can make shots out of the mid-range. He's a capable two, one guard. He’s a lefty, tough, long. He can defend different spots. I think his best basketball is ahead of him.” 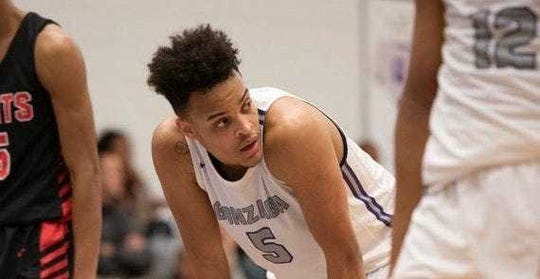 The 6-foot-6 forward was a double-double machine as he led Gonzaga to its second District of Columbia State Athletic Association title in four years. He racked up over 2,000 points during his high school career and finished as the program’s second all-time leading scorer.

Williams originally committed to Georgetown before reopening his recruitment and joining forces with Dickinson, his AAU teammate. Williams will compete for playing time right away and will have a chance to carve out a reserve role behind Isaiah Livers and Franz Wagner, if both return.

Bossi’s take: "He's a junkyard dog. He's a strong kid, shoots it pretty well from deep. But he's one of those guys, is he an undersized power forward? Is he a wing? What is he? He's one of those guys that doesn't really fit a truly defined position. He just goes out there and gets stuff done. He plays with a motor. He's an intelligent player and he's been incredibly well-coached on the high school level and in summer. I think that bodes well for him moving forward just because mentally he shouldn't have much thrown at him that he hasn't seen before."

Evans’ take: “He’s a throwback kind of guy. He’s a mismatch forward that shoots it at a high rate off the catch, but he's really smart and savvy off the bounce. He's tough. He's a winner. He's a great kid. He'll be someone who has a long winning career for Michigan.”

The 6-foot-8 wing saw his role increase at University School and he averaged 10.8 points and 6.3 rebounds over 24 games last season, according to MaxPreps. He had offers from Ivy League schools Brown and Princeton, but couldn’t pass on the opportunity to play for his dad.

Howard was originally going to be on scholarship instead of walking on next season. However, it’s possible his scholarship status could change again depending on how Michigan’s roster situation shakes out (the Wolverines have two available scholarships for 2020-21).

Bossi’s take: “He's gotten stronger, he's gotten more athletic. I think he's a guy that they envision playing an inside-out tweener role a little bit — getting on the glass, doing some of the little things and then seeing where his role expands from there.”

Evans’ take: "I think he's tough. He's someone who is going to play and do the smaller things for his team. He might not be the most talented of that group, but he's also someone that is going to be the glue guy if he buys into that role over the long haul."