Michigan coach Jim Harbaugh, who has lost two members of his coaching staff, is hanging onto Jedd Fisch. 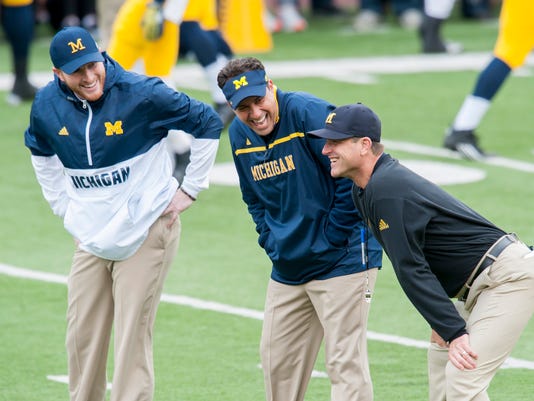 Michigan coach Jim Harbaugh, who has lost two members of his coaching staff, is hanging onto Jedd Fisch.

Fisch, the Wolverines' pass-game coordinator and receivers coach, has agreed to a two-year contract, according to a sourced report Tuesday in Sports Illustrated.

Harbaugh said last month before the Citrus Bowl that he and Fisch already had made plans to extend his contract. Fisch, who was offensive coordinator is the Jacksonville Jaguars in 2014, originally signed a one-year deal with Michigan.

"We have an agreement that he's going to be extended," Harbaugh said last month. "Me and Jedd will work out (the contract length) together."