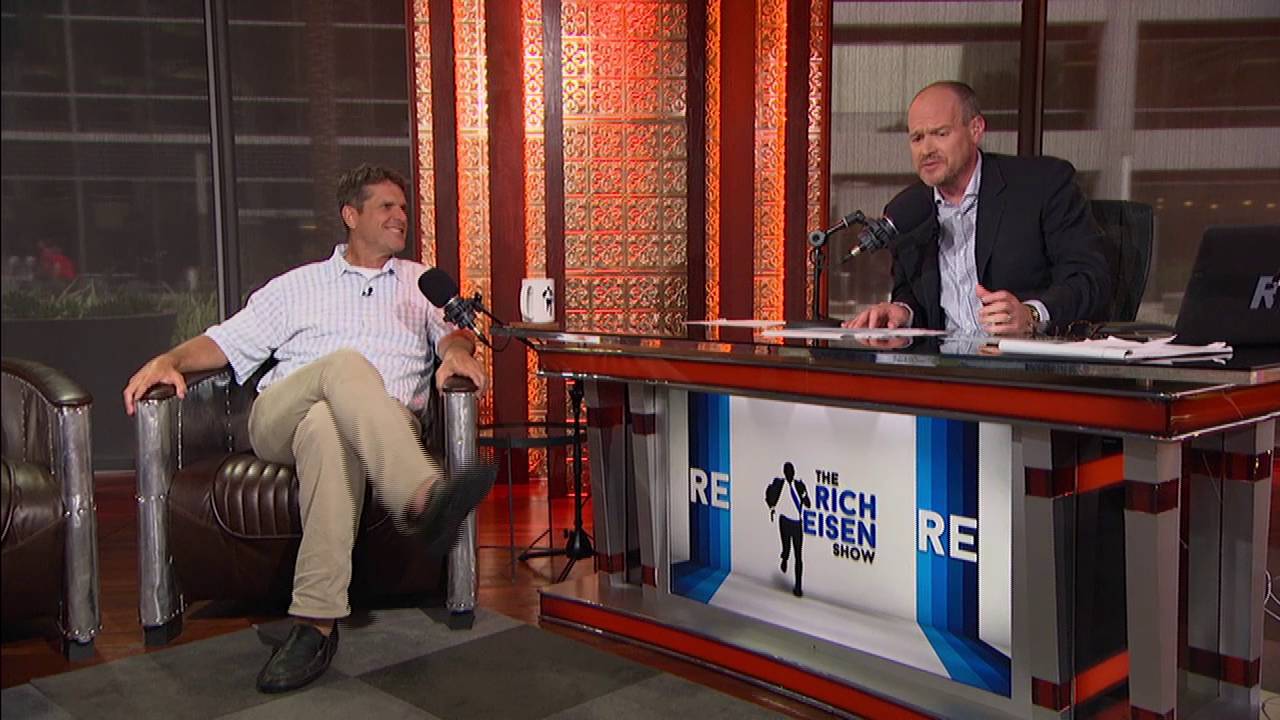 His newest player, walk-on fullback Michael Hirsch of Glenview, Illinois, has to be among the toughest on his roster.

Harbaugh told Hirsch’s story during an appearance on the “Rich Eisen Show” and Hirsch joined the conversation. During the interview, Harbaugh said he expects Hirsch to compete for playing time during Michigan’s upcoming season.

“Very excited about him competing for that fullback spot,” Harbaugh said.

Hirsch’s story is unique and inspiring. He played football at Harvard for two years before he became ill and was diagnosed with Wegener's granulomatosis, an autoimmune disease. Chemotherapy treatments followed, and Hirsch stayed on as Harvard’s team manager while he recovered. He eventually graduated in 2014 with an economics degree and went to work as a credit sales analyst at Citigroup in New York.

It was then he decided he “needed something else going on” in his life, he said.

Hirsch’s parents went to Michigan and Hirsch was a “huge Michigan fan” growing up, and so he decided to try out for UM’s football team. His high school coach knew Michigan assistant coach Chris Partridge, and so Hirsch had a connection to the UM program.

Hirsch worked out for two hours every night after arriving home from Citigroup to prepare for an opportunity at Michigan that he wasn’t certain would ever arrive. Eventually, Hirsch got a call from Harbaugh inviting him to try out.

“When Coach Harbaugh called that was one of the better days of my life,” Hirsch said. “Coach was gracious enough to hear my story and here I am.”

Hirsch was granted two years of eligibility by the NCAA and now he’s enrolled as a graduate student in UM’s Ross School of Business.

“I can’t believe I’m stepping into Schembechler Hall each and every day and I don’t take it for granted,” said Hirsch, who is 6-3 and 240 pounds. “I’m so thankful.”

Said Harbaugh: “He’s got the ability to be a contributor. No doubt about it.”