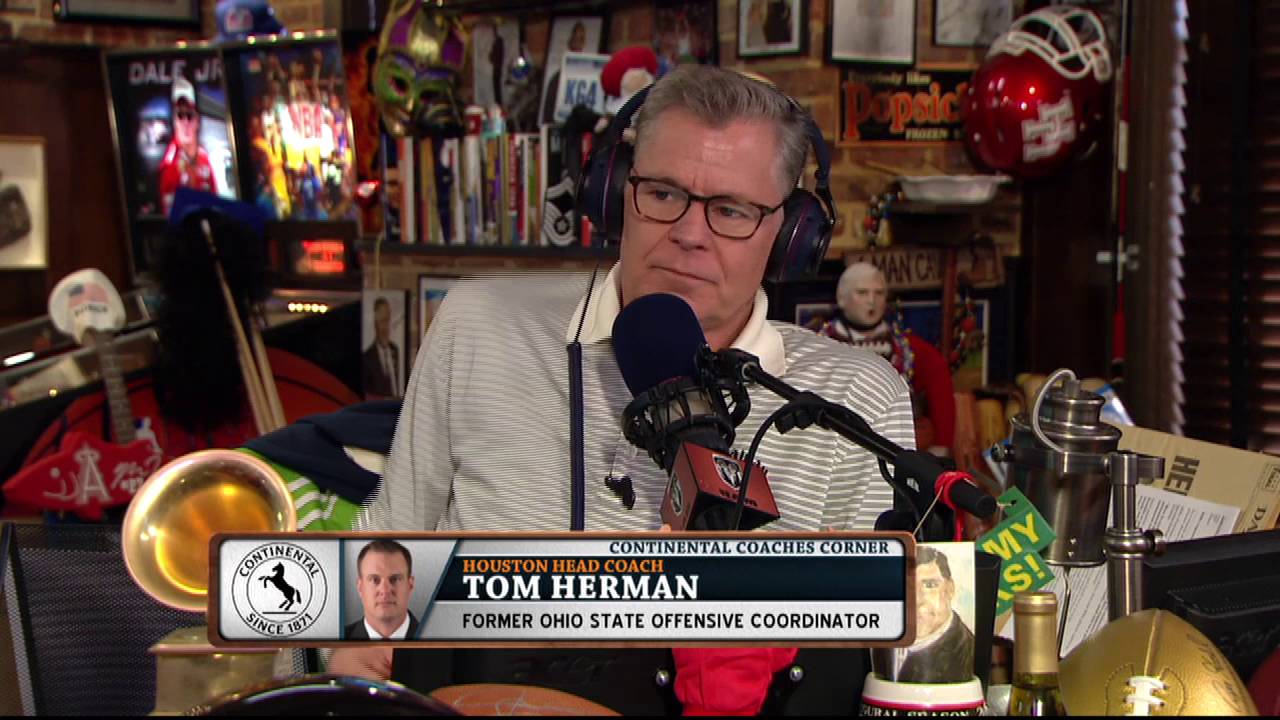 If Michigan coach Jim Harbaugh and Ohio State’s Urban Meyer got in a fight, who would win?

“Oh, man. This quote is going to be all over the internet,” Herman told Patrick, as both laughed about the question. “Yes, absolutely he could. That’s where all my money would be and I think he would be a Vegas favorite.”

Herman, of course, was Meyer’s offensive coordinator from 2012-14, so there is a story behind this story.

Patrick also asked Herman about the Cougars’ chances to win the national championship. Houston is 5-0 and ranked sixth in this week’s AP poll, but the Cougars play in the American Athletic Conference, not one of the Power Five conferences.

“I think this year certainly,” Herman said. “We’ve got as good a team as anybody in the country for three hours on a Saturday.”