The former Detroit Southwestern standout would fill one of two openings on the Wolverines staff. 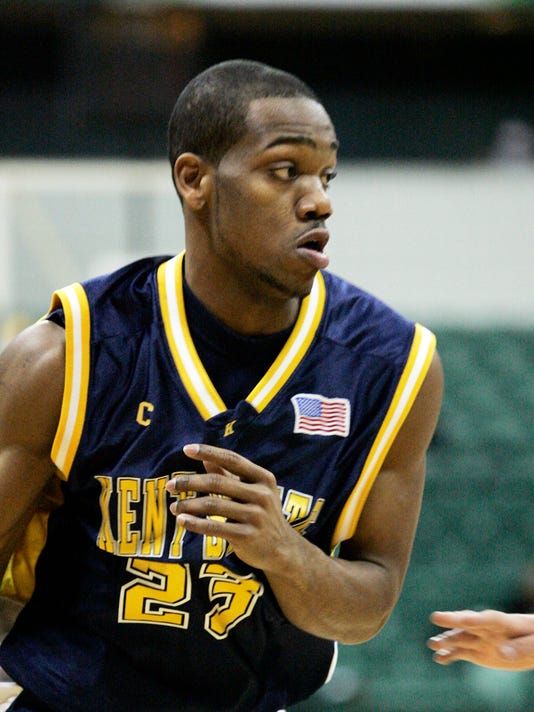 DeAndre Haynes, here during his playing days at Kent State, has reportedly been hired as an assistant at Michigan.(Photo: Tony Ding, Associated Press)

Earlier this month, Michigan coach John Beilein admitted his assistant coaching search was taking longer than he had anticipated.

According to reports, Beilein has hired former Detroit Southwestern standout DeAndre Haynes to fill one of the two open spots on his coaching staff. The Michigan Insider’s Josh Henschke first reported the news Wednesday night.

Haynes, 33, was hired by Illinois State in May and was expected to focus on coaching the team’s guards. He previously worked as an assistant at Toledo (2016-17) and Kent State (2012-16) under successful mid-major coaches Tod Kowalczyk and Rob Senderoff.

Prior to his coaching career, Haynes was a star point guard at Southwestern and a four-year starter at Kent State. He was named the Mid-American Conference player of the year as a senior and holds the career record at Kent State for assists (625), steals (229) and minutes (4,070).

Haynes, a Detroit native, played professionally for six years overseas in Belgium, Hungary, Germany and Finland before returning to the bench at his alma mater.

As a local guy, Haynes should help strengthen the team's recruiting ties and presence in Michigan and Ohio.

He joins fellow assistant Saddi Washington on Beilein’s staff, which had two vacancies to fill following the offseason departures of former assistants Billy Donlon and Jeff Meyer to Northwestern and Butler, respectively.