He’s appeared in 15 games over his career and put up 12 points, seven rebounds, three assists and a block in 37 minutes. 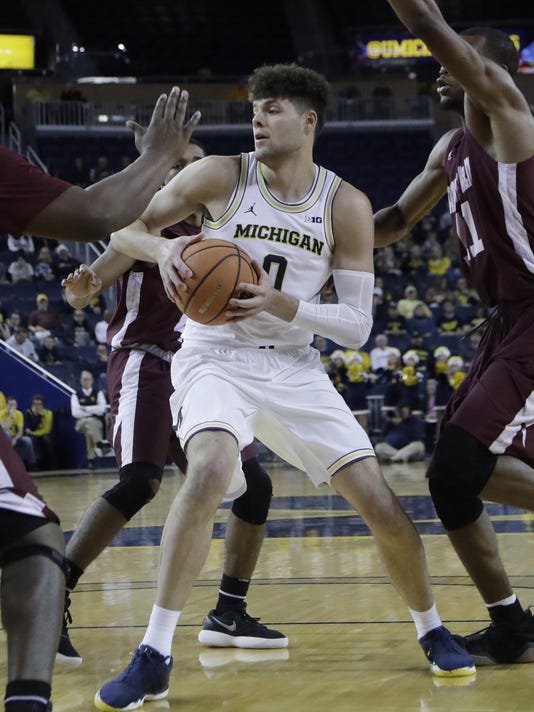 A little over a week since Michigan’s season ended in the national title game, the Wolverines have experienced their first departure of the offseason.

But it doesn’t involve the NBA or a scholarship player.

Redshirt sophomore Brent Hibbitts, a walk-on forward, announced on Twitter Tuesday night that he will finish his playing career elsewhere.

“I have decided to finish my degree early and graduate this summer,” Hibbitts tweeted. “I have received my release, and will be transferring with two years of eligibility left. I am excited about the next chapter, but I will never forget the memories I made in Ann Arbor.”

Hibbitts joined Michigan as a preferred walk-on from Hudsonville in 2015. After redshirting his freshman year, he made an impact the past two seasons on the scout and practice team but played sparingly. He appeared in 15 games over his career and recorded 12 points, seven rebounds, three assists and a block in 37 minutes.

Hibbitts pursued other Division I opportunities last offseason before opting to return to Michigan and playing a vital role as the only non-freshman on the five-man scout team.