NBA.com projects UM's Wagner to be picked at No. 21

Moritz Wagner figures to be an early second-round pick in most NBA mock drafts, but NBA.com seems to be higher on the big man than most.

NBA.com projects UM's Wagner to be picked at No. 21 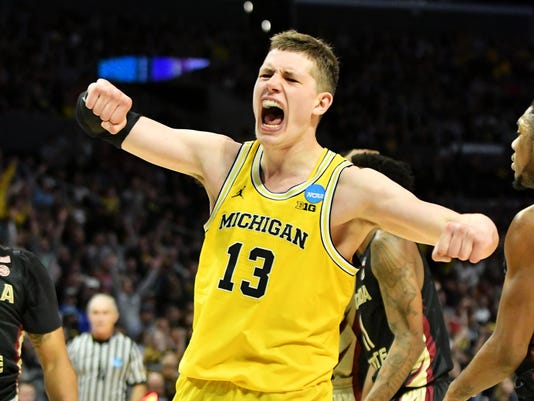 Moritz Wagner figures to be an early second-round pick in most NBA mock drafts, but NBA.com seems to be higher on the former Michigan big man than most.

TNT NBA analyst David Aldridge has Wagner going at No. 21 to the Utah Jazz in his projections that were released Monday.

“The Wolverines’ junior played himself into first-round consideration with an excellent season and NCAA Tournament, leading Michigan to the national championship game,” Aldridge writes. “He’s a tailor-made modern day big, who’s been a dynamic three-point shooter the last two years (39 percent as a sophomore and a junior) while also being able to put the ball on the deck and get to the rim.

“Wagner stuck his nose inside as well for Michigan last season, leading the team in rebounding at 7.1 per game. Wagner would be a very different kind of big than Derrick Favors, but he’d be a solid insurance policy for Utah with Favors one of the few quality bigs available in free agency this summer.”

He would also become the seventh Wolverine to be a first-rounder since 2013, joining Tim Hardaway Jr., Trey Burke, Mitch McGary, Nik Stauskas, LeVert and Wilson.