Former Michigan point guard Jaaron Simmons signed a one-year deal with Union Neuchâtel and will play in the Swiss Basketball League next season. 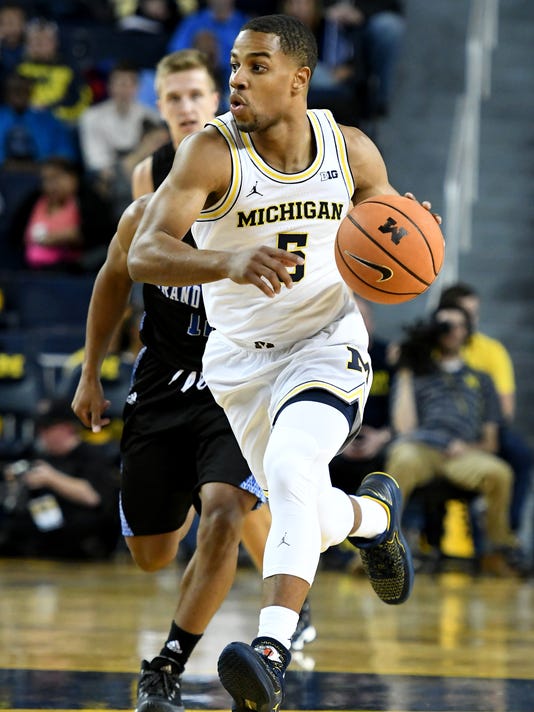 Former Michigan point guard Jaaron Simmons signed a one-year deal with Union Neuchâtel on Monday and will play professionally in the Swiss Basketball League next season.

Simmons tested the NBA Draft waters and contemplated going pro last year before becoming the first graduate transfer to play under coach John Beilein at Michigan. He averaged 1.5 points (40.9 percent shooting) and 1.1 assists in 33 games as a reserve this past season for the Wolverines.

For his four-year career, which included stops at Houston and Ohio, Simmons averaged 8.8 points (43.9 percent shooting), 4.2 assists and 2.1 rebounds in 131 games.

Simmons is the third Wolverine in the last week to ink a deal after big man Moritz Wagner was drafted by the Los Angeles Lakers with the No. 25 overall pick and wing Duncan Robinson agreed to play for the Miami Heat in the NBA Summer League.

Union Neuchâtel, which plays in the top basketball division in Switzerland, finished with a 13-9 mark in the regular season and reached the semifinals of the SBL playoffs last season.