Wojo: We knew Tigers' rebuild would be ugly, but this is gruesome

The mental lapses and physical errors are piling up with the losses as Ron Gardenhire's crew is a woeful 2-17 at Comerica since May 9.

Wojo: We knew Tigers' rebuild would be ugly, but this is gruesome 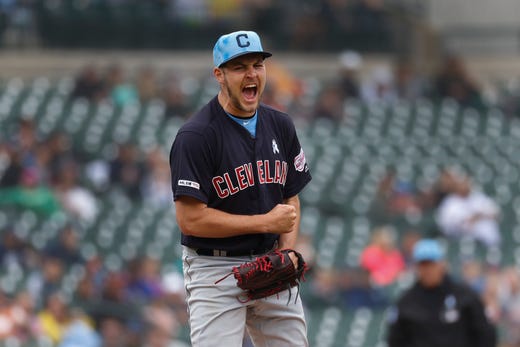 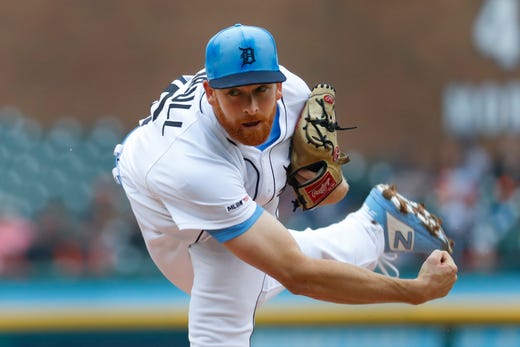 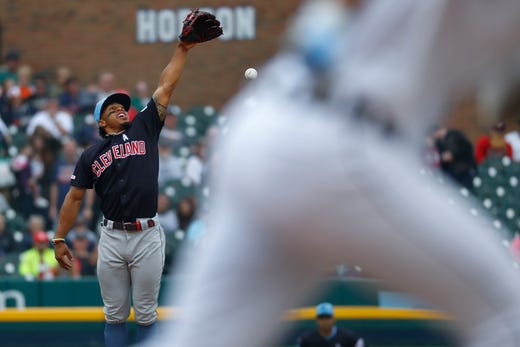 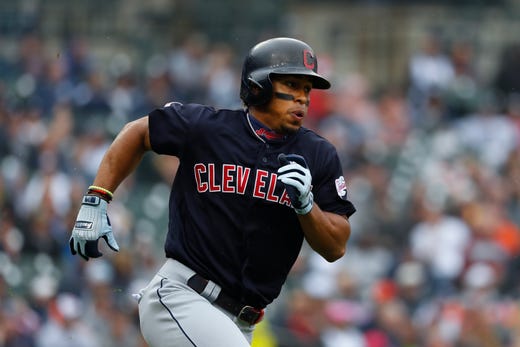 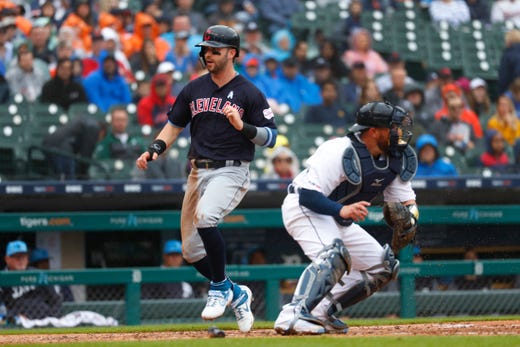 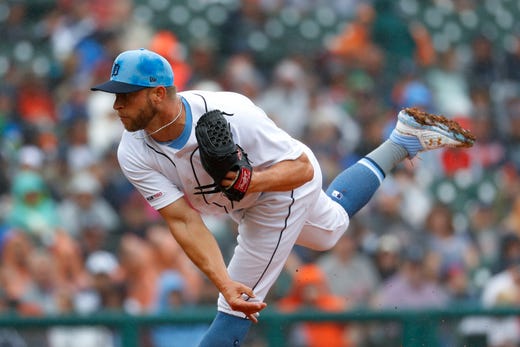 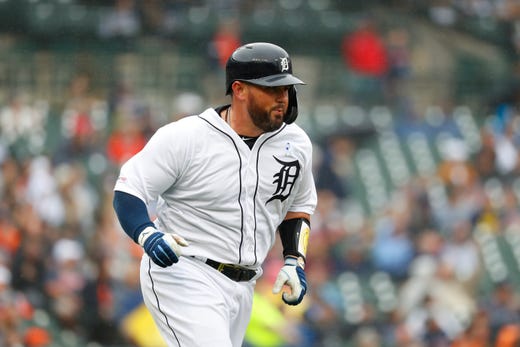 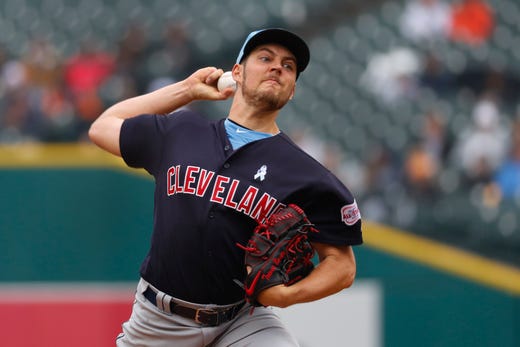 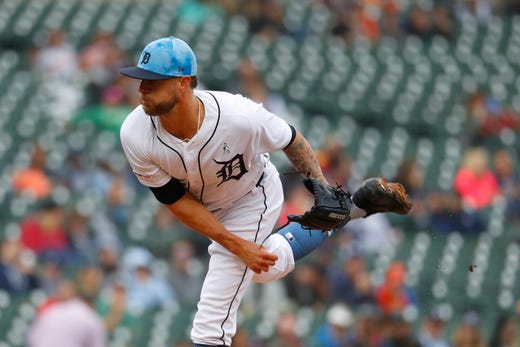 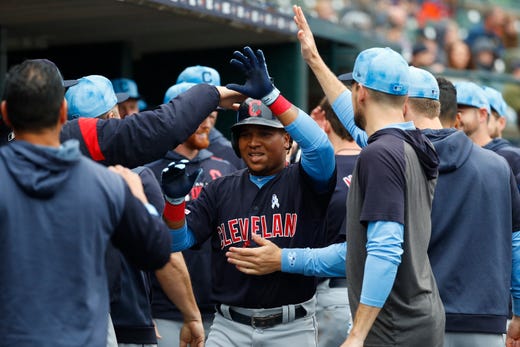 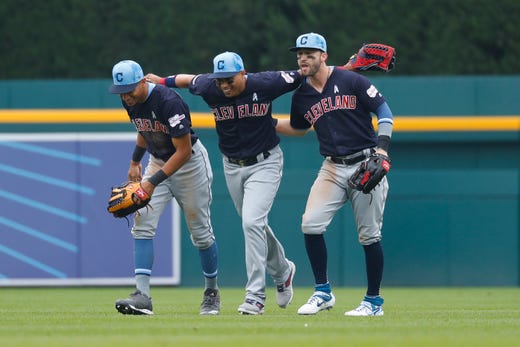 Well, under one condition. For this to be acceptable or stomach-able, there has to be some glimmer of hope, some peek at the prize, some spark of energy. The Tigers are offering none of that right now, and if there’s a low point in their rebuild — before the next low point — they hit it Sunday.

That’s what a wholesale rebuild looks like, and nobody misled anybody about how ugly this would be. GM Al Avila isn’t pressing panic buttons, but the front office has to be concerned about the absence of positive breakthroughs. Yes, the roster is decimated by injuries and filled with journeymen, and they’ve used 23 starting combinations at the four infield positions. With Miguel Cabrera given a day off, the 4-5-6 hitters against Bauer were Brandon Dixon, Harold Castro and Gordon Beckham.

But in getting swept by the Indians by a cumulative score of 25-6, the Tigers caved to frustration with slapstick baseball, running errors, fielding errors, mental errors. The night before, Ron Gardenhire was ejected in a 4-2 loss, and afterward bench coach Steve Liddle called the Tigers’ effort “unacceptable” and “Little League stuff.” Those weren’t merely Liddle league comments, they were truths.

Gardenhire prefers to take his ire directly to the players, and he did so Sunday with a postgame lecture in the clubhouse. Anytime the word “unacceptable” is used after consecutive games, it’s an issue.

“A frustrating day,” Gardenhire said. “It’s about not running balls out, all the little things to me that are unacceptable around here. That’s the stuff I apologize for, that’s not the way we play the game. Whether it’s getting beat down too many times in a row, I don’t know. But we gotta fix that. So we had a conversation and I think we’ll be OK.”

They won’t be OK from a talent standpoint for a while, as the organization’s touted pitching prospects develop in the minors. Fans may be starved to see Casey Mize or Matt Manning, or anyone, but there aren’t many audible signs of impatience. The only mild boos Sunday came when it was announced, due to the soggy weather, the kids-running-the-bases tradition was canceled. Logically, big-league kids running the bases with regularity is pretty much postponed until 2021 or later.

That’s the unfortunate reality, and the heavy malaise is setting in. You could see it as flyballs and pop-ups were misplayed all weekend. You could see it as Ronny Rodriguez botched a grounder that led to an Indians’ rally, or as Nicholas Castellanos struggled to chase down an extra-base hit.

You could especially see it as former Tiger Leonys Martin stole home in Cleveland’s victory Saturday night, catching right-handed pitcher Victor Alcantara and catcher John Hicks completely unaware. And you could clearly hear it in Castellanos’ voice, when he talked openly Friday about how difficult it is to play through the uncertainty. The Tigers aren’t talking to Castellanos, 27, about a contract extension, and he’ll be shopped before the July 31 trade deadline, as will pitchers Matthew Boyd and Shane Greene.

“It’s all about the players who aren’t here yet,” Castellanos said. “That’s the wave I guess they're trying to catch, the young guys, the position players and pitchers down (in the minors), with the mix of controllable pieces at the big-league level. I think somebody who has three or four months left until free agency doesn’t really fit that image too well."

Castellanos is the symbol of the Tigers’ flux, and a cautionary tale of how difficult this will be. He was a first-round pick in 2010, once a prized piece. He had 26 home runs and 101 RBIs in 2017, but is hitting .260 with seven home runs now. In the Tigers’ decade-long quest to stay competitive by signing veterans, Castellanos got shuffled from third base to the outfield, and his defensive deficiencies have diminished his trade-ability and sign-ability. He said he declined to move to first base last season unless the Tigers agreed to an extension, and that essentially sealed his departure.

Both sides are to blame, by the way. The Tigers never stuck to a firm plan with Castellanos, and he didn’t give them a strong enough reason to commit long-term. Castellanos has made his share of mental errors and has to accept responsibility. But for the current Tigers, it’s probably not easy to remain upbeat knowing most of them won’t be here for the long haul, place-holders for the next wave.

The problem is, with all the opportunities available, why hasn’t anyone, even a fringe prospect, emerged? Outfielder Christin Stewart, infielder Dawel Lugo and reliever Joe Jimenez have had their moments, but nothing sustainable. Jeimer Candelario has bounced to the minors and back.

JaCoby Jones and Niko Goodrum have shown flashes, then nothing. You could argue there have been only bonafide positive developments in Boyd, Greene and Spencer Turnbull, and Turnbull was roughed up Sunday.

Before the end of the season, fans will probably see young pitchers Beau Burrows and Kyle Funkhouser in Detroit, as well as catcher Jake Rogers. As much as they’d like to see Mize or Manning, throwing them into the middle of a lost season would be more of a public-relations stunt. It’s always tricky with pitchers, as Mize’s recent shoulder inflammation shows.

“It’s not an exact science, you have to have a feel for it, and the players will tell you when they’re ready, when they’re not ready,” Avila said. “Everybody wants a date, which you can’t have a date. Sometimes it’s excruciating pain that you have to go through.”

Oh, this was excruciating all right. It sent Gardenhire into a rare bout of aggravation, as he tried to explain without excusing.

“We’ve had a lot of injuries, we got a lot of people playing all over the place,” Gardenhire said. “They’re trying, and we’re overmatched a lot of times. That’s part of the process, growing and letting those kids (in the minors) develop. We’re going with what we have right now. These guys give a flip, they care, they’re professionals. They’re in the big leagues, I expect them all to play like big leaguers. They (usually) give 100 percent, but today was disappointing.”

Unfortunately, we’ve seen it before. Undoubtedly, we’ll see it again. Eventually, we’ll need to see something different, because while missteps are expected in a rebuild, so is some modicum of effort, and some sign of progress.