John Beilein probably had no idea what he was getting into. That was the appeal of the NBA, his final frontier, and ultimately it was the fateful flaw.

John Beilein probably had no idea what he was getting into. That was the appeal of the NBA, his final frontier, and ultimately it was the fateful flaw.

Beilein didn’t know what he didn’t know, but he believed his coaching career would be incomplete without finding out. So he left a premier job at Michigan to test himself with a daunting challenge that, frankly, seemed doomed from the start. 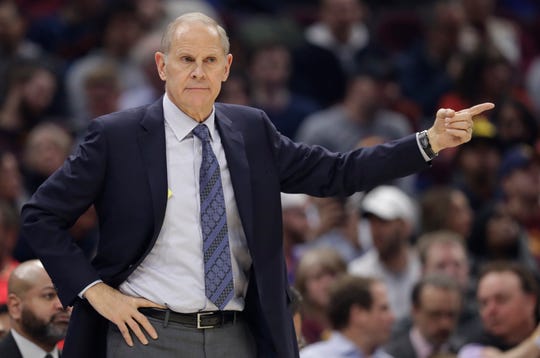 If there’s a lesson here, it’s trite but true: The risk in chasing a long-standing dream is discovering it wasn’t worth the pain.

Beilein’s stint is over just 54 games into a four-year contract with the Cleveland Cavaliers, ended by incompatibility and inflexibility. He did the right thing by admitting he made the wrong move and resigned from his coaching position Wednesday, reportedly leaving about $12 million on the table. It was the honorable thing to do, which fits the mold of the man who crafted an impeccable reputation in 12 years at Michigan, becoming the program’s winningest coach and leading the Wolverines to a pair of national championship games.

This NBA experiment was a mistake, by Beilein and the Cavs too, including owner Dan Gilbert. But it says more about the NBA, where the players are the high-priced power brokers, than it does about Beilein, a legend who learned a hard lesson. The ending may not be a surprise but it is a shame, all the way around.

“This was a very difficult decision for me, but I want to be clear — this was my decision to step down and I truly appreciate the understanding and support of the front office during this time,” Beilein said in a statement. “I find losing very challenging and this year has taken a much bigger toll on me than I expected. I grew concerned for the consequences this toll could potentially take on my own health and my family’s well-being down the road. I was not certain I could be at my best for the remainder of the season and in the future.”

Beilein accepted another position to be determined with the team and will be paid a portion of his remaining salary for the season. Contrary to perceptions, this was never about money. Beilein was drawing a $3.8 million salary when he left Michigan unexpectedly last May and signed a four-year contract with the Cavs for about the same money, $4-4.5 million annually.

In the short term, it was a disaster. In the long term, the impact can be minimal. Michigan has recovered under Juwan Howard, in his first season as coach. And Beilein could land another plum college job if he so chooses, his college coaching reputation untarnished, or he could simply retire.

His demanding ways worked with 21-year-old college kids but not 27-year-old millionaires, and unable to adjust, he basically was forced out by disgruntled players and lots of losing. At 67, after 41 years of college coaching and half a season in the pros, Beilein just experienced the first smudge on his record, his first unplanned exit. He coached at every level in college, never served as an assistant and never was fired. The NBA completed his basketball circle, and that mattered to him, even if it ended ingloriously.

Both sides knew the risks. In the NBA, players are beyond the basic teaching of fundamentals, beyond lengthy film sessions and practices. At least, they think they are. Beilein thought he could do what he did at Michigan and six other college stops, because rebuilding and talent development are his fortes. 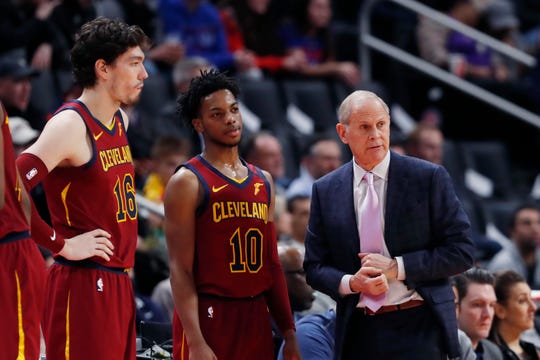 He’s a strict, even stubborn, detail-oriented coach, always in command. The NBA is a different game, with players in control, even lousy players on losing teams. As the Cavs cratered — 14-40 record — and players grumbled, Beilein had to get out and he knew it.

Position doesn’t equate to power in the NBA, and the players never embraced Beilein’s tight-ship ways. Veterans Kevin Love and Tristan Thompson displayed open frustration with the offense, and when Andre Drummond recently joined in a trade with the Pistons, it got worse. In his first game, Drummond scored 19 points but the Cavs suffered their most-lopsided home loss in history, 133-92 to the Clippers.

Drummond hit two 3-pointers in the game and afterward declared he had the “green light” to shoot from deep range. Beilein disputed that, saying “I think it’s still under some type of watch to see whether we’re going to continue to allow it.”

But the flashpoint came, ironically, in Detroit. Before the Cavs played the Pistons Jan. 9, the social gap was exposed during a team meeting. Beilein referred to his players as “a bunch of thugs,” but said he misspoke and meant to say “a bunch of slugs.” For an old-school coach, the term “slugs” to describe a sluggish team is plausible. For NBA players, it was jarring.

Beilein apologized and players, at least publicly, said they accepted it. I saw Beilein at Little Caesars Arena the next day and asked how he was handling it.

“I’m good, I’m good,” he said, with a forced cheerfulness. “I’ve been through plenty over the years.”

If he was as miserable in the job as some reported, he tried diligently to hide it. Stress actually was part of the reason he jumped to the NBA. As his Michigan program became more successful, he found it harder to keep up with the rapidly changing environment. The grind of recruiting — and then re-recruiting when a player contemplated leaving for the NBA — wore him down. In a way, Beilein was a victim of his own acumen, as he developed less-touted players quicker than expected and lost them quicker than expected.

When the Cavs visited Detroit in January, Beilein was asked if he regretted the move.

“Absolutely not,” he said. “You never envision what a job is gonna be like. The one thing I remarked over and over again, it’s not the games that are different, it’s the lack of practice time in between. It’s really hard to take a team and mold it together with a new coaching staff and young players.”

It was tougher because of the travel and the losing, and other factors too. His son, Patrick, left his coaching job at Niagara for undisclosed reasons, a toll on the family.

The toll was mounting in Cleveland, and the time was now. Again, this is not unique to the NBA — J.B. Bickerstaff becomes the Cavs’ sixth coach in seven seasons — but it certainly is for Beilein.

He tried to do something few coaches ever do, successfully leap from one level to the highest one. Whether he regrets it or not is immaterial. Whether he wants to find one more worthy challenge is the next fascinating question.