Niyo: Casey loosens reins so Pistons can let it rain

The Pistons' newest coach sensed something was amiss a few minutes in and quickly called a timeout during Wednesday's season opener. Then he instructed his players to relax and "Just go out there and play free."

Niyo: Casey loosens reins so Pistons can let it rain

The Pistons beat the Nets 103-100, on Wednesday at Little Caesars Arena in the season opener. The Detroit News 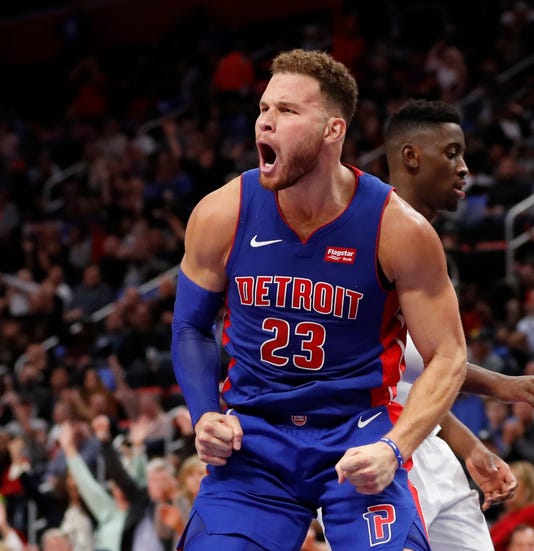 Pistons forward Blake Griffin reacts after a basket during the second half in Wednesday's 103-100 victory over the Brooklyn Nets at Little Caesars Arena.(Photo: Carlos Osorio, Associated Press)

And if there was a message Dwane Casey wanted to deliver when he called a quick timeout Wednesday night in the Pistons’ season opener, his team looking out of sorts early against the Brooklyn Nets, that was essentially it.

“Yeah, that was the biggest thing,” point guard Reggie Jackson said. “It was, ‘Relax. … Just go out there and play free.”

As free advice goes, that’s more valuable than you might think. Especially for a Pistons team that has spent far too many nights looking — and playing — like a joyless bunch in recent years, particularly in a half-empty home arena with a histrionic coach who wasn’t exactly a glass-half-full guy.

So maybe the most hopeful sign Wednesday night at Little Caesars Arena, beyond the obvious one on the scoreboard after a 103-100 escape against the Brooklyn Nets, was hidden in what nearly became an painful ending. Andre Drummond said he didn’t even realize the Pistons had fallen behind with 4½ minutes left in the fourth quarter after leading by as many as 13 points midway through the third. And that’s mostly because the reaction from Casey on the Pistons’ bench was anything but panicky.

Drummond finished with 24 points and 20 rebounds -- the first 20-20 game by a Piston in a season opener. The Detroit News

“It was super positive,” said Drummond, who battled foul trouble for most of the second half but finished with 24 points and 20 rebounds in 32 minutes. “He’s a positive guy. He never once said anything negative when things were getting a little shaky. We need that out of a coach.”

And by the sounds of it, that’s all they’ve gotten from Casey since he was hired back in June, replacing Stan Van Gundy as part of an organizational makeover following another losing season.

Casey, the reigning NBA coach of the year with a lengthy, player-friendly track record, most recently in Toronto, didn’t come in promising a culture change. But he did promise a fresh start for the players, and a different approach, with less stress, less structure and decidedly less screaming.

On offense, Casey describes his system as “less play-calling and more playing,” with the Pistons looking to the bench for direction only about 30 percent of the time on offense. Drummond, who actually jacked up three three-point attempts and drained one of them in Wednesday’s victory, explains it this way: “It’s like playground basketball. Playing pick-up, really. Organized pick-up.”

But it’s also about the pick-me-ups on the court, and against the Nets, Casey’s team certainly needed a few.

The Pistons were down two starters even before tipoff, with Stanley Johnson’s preseason toe injury still not fully healed and Reggie Bullock waylaid by an illness Wednesday. That meant rookie second-round pick Bruce Brown, who made a strong impression with his defense in the preseason, was in the starting lineup.

More: Fantasy Focus: Here's to another year of DFS success

“And if you had told me Bruce Brown would be the opening-night starter …” Casey laughed after the game, not bothering to finish the sentence.

Then came an awful start to the game that included three turnovers on Detroit’s first four possessions, not to mention a long two-point attempt from Drummond that drew a few groans from the crowd still filing in. Before you knew it, the Nets were up 8-0 barely 2½ minutes in and Casey was up off the bench calling timeout. The only thing missing from a year ago was the exasperated body language from the head coach. 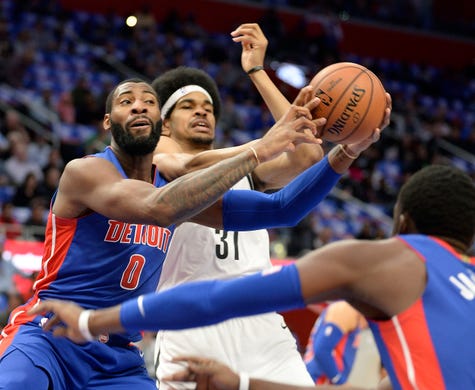 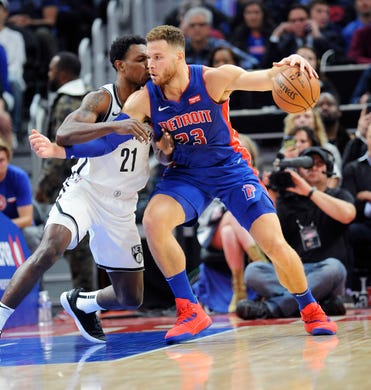 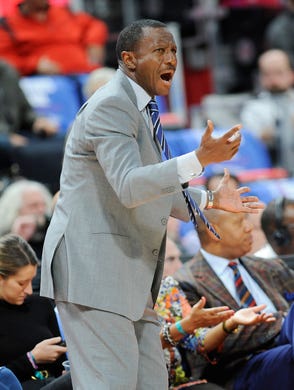 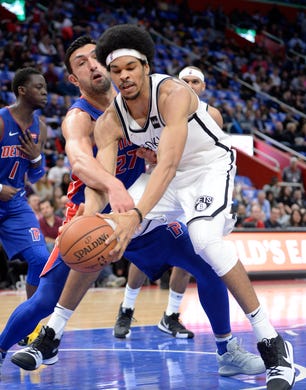 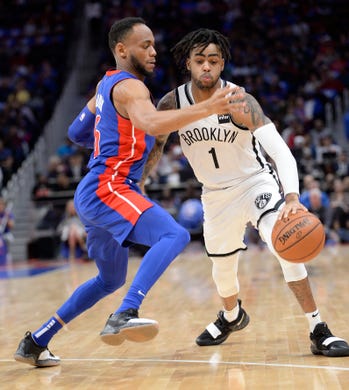 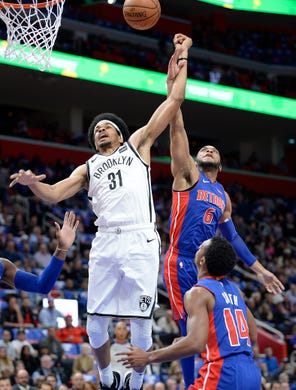 “I thought we came out tight, for whatever reason,” Casey said. “Just like we hadn’t seen each other before.”

Instead of yelling, though, he simply reminded them to play the way they’d played in practice and for stretches, at least, in the preseason.

So they did, though it never really looked all that easy, as the Pistons struggled to keep Brooklyn’s guards out of the paint and had trouble finding room to launch 3-pointers the way Casey wants this team to this season. Missing Bullock and Johnson played a part in that, as Caris LeVert and Spencer Dinwiddie combined for 50 points and the Pistons shot just 6-for-24 from beyond the arc.

But for a stretch in the third quarter, we saw the promise of a healthy Big Three in Blake Griffin, Drummond and Jackson, as the Pistons broke open the game with a 20-4 run. It started with the big men taking turns cleaning up misses in the paint — “They came out on the glass attacking us, and we just crumbled,” Nets center Jarrett Allen said — and it ended with Jackson draining a 3-pointer off an assist from Griffin, who finished with a game-high 26 points, eight rebounds and six assists.

Drummond described the first quarter as “scary,” while Jackson was “disappointed” with the disjointed play late that nearly gave the game away. But after a final defensive stop that featured Drummond guarding LeVert, Galloway diving down to knock the ball loose and Griffin diving on the floor to help force the turnover, there was relief. And laughter.

“It was a good win — we’ll take it,” Casey said. “That was a theme this summer and this fall — bouncing back, playing through adversity. And our guys did.”

And in the postgame locker room, that’s what he wanted them to remember, above all else.

“We’ve got to have fun, we’ve got to compete and fight for each other, for that guy next to you,” Casey said. “And until we get that 2-by-4 and that weight off our back … again, I haven’t been here, I don’t know what it is. But the teams I’ve been around have fun competing. And I know it’s your job (in the media) to pick out the negatives and all the bad stuff, but I’m telling you: We’re not where we’re gonna be, but I don’t think we’re where we were.”