The forward, who missed first two games with sore left knee, responded with a game-high 27 points in Game 3 loss to the Bucks while his supporting cast looked overwhelmed.

The scene was set. The leading man was ready.

But wouldn’t you know it? The rest of the cast sent the script back to rewrite.

And though this won’t be the last act of the Pistons season, after Saturday night’s 119-103 loss to the Milwaukee Bucks in Game 3 of the Eastern Conference quarterfinals, you might as well roll the credits.

Which means the blame comes next, though I’m not sure what the point of any of that will be at the end of a series everyone had pegged as a four-game sweep as soon as the matchup was set.

Still, this was supposed to be the Pistons’ best shot, right?

It wasn’t just the first home Pistons playoff game in three years. It was the first-ever playoff game at Little Caesars Arena. It was also the first NBA playoff game in the city of Detroit since May 10, 1985, when the Pistons and Celtics played Game 6 of the Eastern Conference semifinals at Joe Louis Arena a month after the Silverdome roof collapsed from a heavy snowfall.

And the fans turned out. A legitimate sellout crowd showed up — “You looked up to the top row and it was filled,” head coach Dwane Casey said — and the noise reached a fever pitch shortly before tip-off as the suspense about Griffin’s status began to lift.

The scoreboard showed the Pistons gathering outside their locker room, ready to take the court. The camera focused solely on Griffin, the All-Star forward who’d missed the first two games of this series with a left knee injury.

In fact, Griffin hadn’t played since the regular-season home finale, a near-disastrous game against a depleted Memphis team that saw the Pistons fall behind by as many as 22 points before rallying to keep their playoff hopes alive. Griffin was in street clothes for both the playoff-clinching win at New York the next night, and the series-opening games in Milwaukee — a pair of lopsided wins for the top-seeded Bucks.

Drummond had 12 points and 12 rebounds in Game 3 but struggled to find his rhythm. The Detroit News

But here he was, back in the starting lineup Saturday night — an announcement that had the fans roaring like the good ol’ days at The Palace of Auburn Hills — and there he was early on, putting the clamps on Milwaukee’s MVP front-runner, Giannis Antetokounmpo.

Yet where was everybody else? After an early rush of energy — too much so, in some cases — the Pistons were back to where they started. And soon enough, so were the fans.

Yes, those were some scattered boos directed at Andre Drummond in the second quarter, after his early struggles offensively — a 1-for-8 start from the field, including a few rushed attempts in the lane — began infecting the rest of his game.

“You never want to hear that from the home crowd,” Griffin said, though he admittedly wasn’t paying much attention to any of that ambient noise. “If that was directed at him personally, then I don’t really understand it.”

On the ESPN broadcast, though, former Pistons star Chauncey Billups — a teammate of Drummond’s back in 2013-14 — was calling Drummond out for his lackluster effort during a critical stretch of the second quarter. After a poor close-out against Brook Lopez on one Milwaukee possession, Drummond looked like a bystander on the next — “Doesn’t go contest the shot, doesn’t stunt, just kind of looks at the play,” Billups said — and an agitated Casey called a timeout as the Bucks stretched their lead to 49-40 with 5:56 to play in the half.

Mr. Big Shot wasn’t going to let it go at that. After a commercial break, he highlighted Drummond’s defensive letdown after a sequence that also included a turnover and another missed jump hook for the Pistons' center, who finished the night with 12 points (on 14 shots) and 12 rebounds.

“This is Game 3 of the NBA playoffs, OK? They’re down, 0-2,” he said. “You need every possession you can get. You’ve gotta lay it on the line in this moment. And that’s what this city and this fan base and this culture is all about.”

That’s certainly the idea. And Drummond has been much more accountable in that regard this season, carrying the Pistons for long stretches, particularly in the second half. As Griffin himself noted after finishing with a game-high 27 points, seven rebounds and six assists in Saturday’s loss, “We’ve leaned on the big fella all season long, and he’s a big reason why we’re in the playoffs and why we’re where we are today.”

But Pistons fans — or what’s left of them after more than a decade in playoff purgatory — have been where they’re at for too long. So they have their reasons as well.

And when they see what they saw for important stretches of the game Saturday night, well, it’s easy to understand where they’re coming from. This was, after all the franchise's 13th consecutive postseason loss dating back to 2008, tying the NBA record set by the New York Knicks from 2001-12. 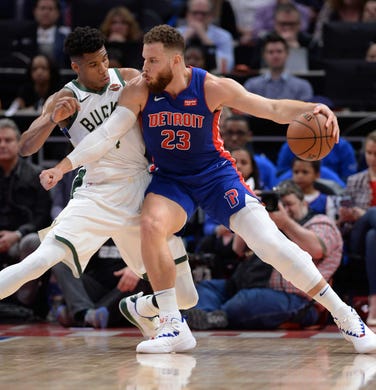 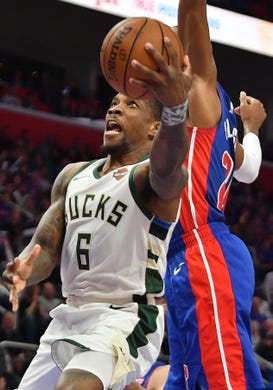 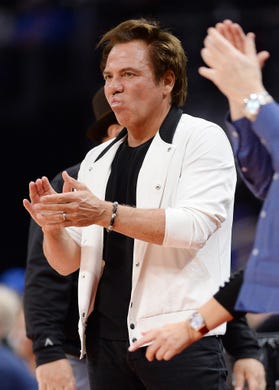 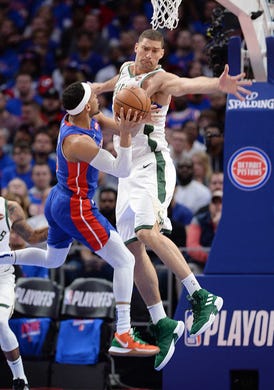 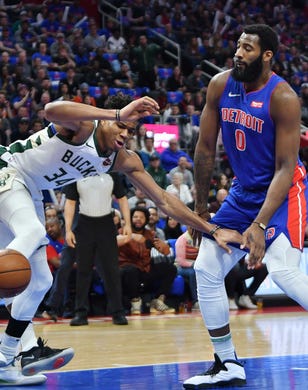 Pistons' Andre Drummond knocks the ball off the leg of Bucks' Giannis Antetokounmpo in the first quarter for a turnover. Clarence Tabb Jr., Detroit News
Fullscreen 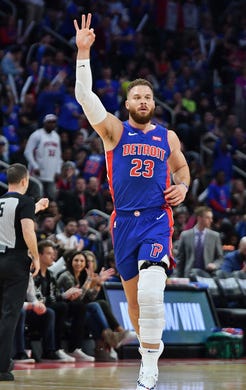 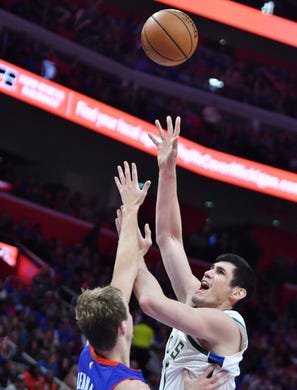 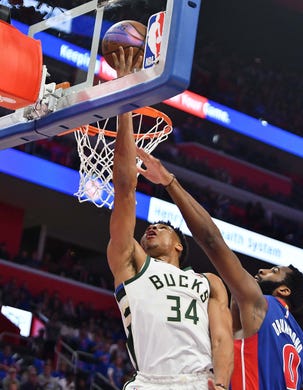 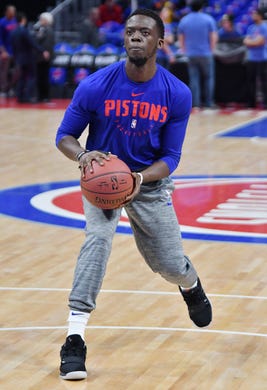 Drummond's running mate, Reggie Jackson, is right when he notes none of the current players were here for all those playoff losses. But the fans aren't wrong to wonder when — or how — they should expect any of this end.

Look, this roster is still so flawed it's hard to pin blame on any one player.

The Pistons need a point guard who can keep his man in front of him and a wing who can get his own shot. And just as all that dribble penetration forces Drummond into all kinds of bad situations defensively, the lack of pure shooters in an offense designed for exactly that only serves to highlight Drummond's shortcomings.

Drummond, for his part, dismissed a question about the boos Saturday in the postgame locker room. He did admit the over-amped start and those early misses threw him off his game — a couple cheap fouls didn’t help — and “it was hard to catch my rhythm again after that.”

“Happens to everybody,” he added.

But on a roster that doesn’t have enough somebodies, neither Drummond nor the Pistons can afford for that to happen.

“He can’t let frustration get to him, bother him,” Casey said. “You miss one. Don’t compound it. I love the way Andre has grown this year. He’s grown tremendously. …

Problem is, as everyone waits for this franchise to take another step, the stumbles get harder and harder to ignore.