Get to know me: LPGA Tour's Annie Park

In an occasional Detroit News series, sports figures share "15 Things You Don't Know About Me."

Get to know me: LPGA Tour's Annie Park 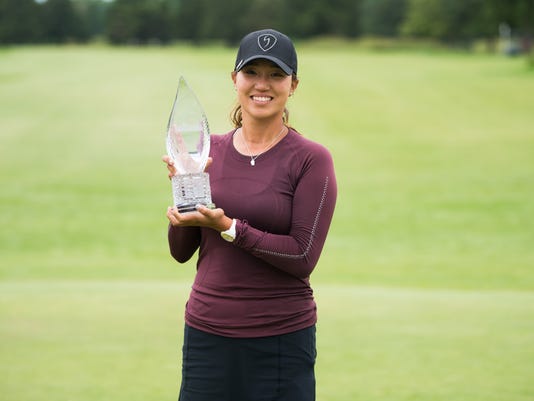 The latest in The Detroit News' series of "15 Things You Don’t Know About Me" — LPGA Tour golfer Annie Park, who is competing in this week's LPGA Meijer Classic in Grand Rapids. The tournament runs Thursday through Sunday. Last Sunday, she earned her first LPGA Tour victory, at the ShopRite LPGA Classic in New Jersey.

1. As a freshman at Southern California, I won four individual event titles, including the NCAA women's golf individual title and led the team to the NCAA team title.

2. I used to compete in Korean cultural dance when I was growing up. I participated in competitions all over New York and New Jersey. I still know a few dance moves.

3. I love to dance, listen to music and do karaoke. Rap, hip-hop and R&B are my top three genres of music.

4. I had a thyroidectomy in 2015. I had a few nodules and cancerous cells, so they wanted to remove the thyroid gland. I have to be on medication for the rest of my life and get regular checkups to make sure everything is going well with the medication.

5. I switched my major three times in college. I started in business, but I definitely knew that was not my area of expertise. I really wanted to do philosophy, but it didn’t fit my schedule with being a student-athlete. I ended up in communications. I hate public speaking so I never thought I’d be a communications major, but I think I slowly grew out of that fear.

6. In high school, I wanted to work for the United Nations, but I always knew I wanted to play golf for a living.

8. My daily craving is for bubble tea, and specifically matcha milk teas.

9. I have two older sisters. My oldest sister was Miss Korea for New York, my second-oldest was an aspiring singer — she has a beautiful voice.

10. My mom was an athlete growing up. She competed in track and field in the hurdles and was sponsored in Korea, and also played basketball. She was the one who got me into golf when I was 8 years old, hitting balls on the driving range.

12. My spirit animal is a sloth, but puppies are my favorite animals and I’m hoping to get one soon. When I was growing up, I had pet turtles, a dog, some fish and a hamster.

14. I’ve worked with my coach Sean Foley for 10 years. He also works with one of my favorite PGA Tour players, Justin Rose.

15. Annika Sorenstam was the golfer I most looked up to when I was younger; she really inspired me.

Annie Park, 23, is from Levittown, N.Y. She's been on the LPGA Tour since 2016, after finishing first on the Symetra Tour's money list in 2015. You can follow her on Twitter @AnnieParkUSC and on Instagram @annieparkusc.

USPBL's Thomas Roulis, who once got cut from a ping-pong team