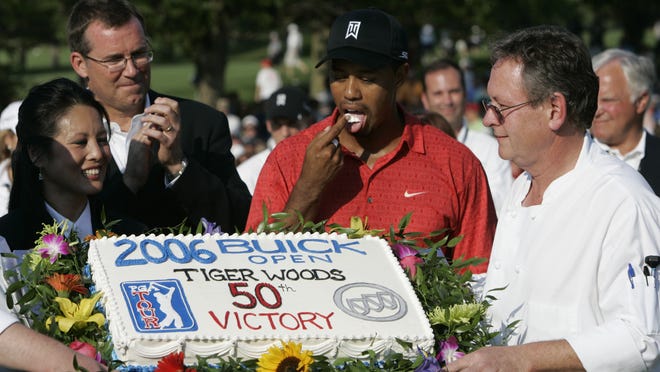 Detroit Golf Club, the PGA Tour and Rocket Giving Fund have completed negotiations to bring an annual professional tournament to the storied grounds for four years — making it the first PGA Tour event ever held in the city of Detroit — starting in June 2019.

The finalized contract was announced this week in a memo to Detroit Golf Club members, obtained by The Detroit News.

In the memo, Detroit Golf Club president Pat Flynn said the club has been assured it will not lose money in the venture, and that the club won't be responsible for funding upfront renovations, which are expected to begin within the next month.

"Throughout the course of negotiations, we developed and enjoyed a true sense of collaboration with each of the parties keeping our goal goals and principles front and center," Flynn wrote, in part. "The goals that we articulated in mid-May are embodied by our agreement. It is the joint desire of the PGA Tour, the Rocket Giving Fund and the Detroit Golf Club to stage a world-class professional golf event at DGC, while at the same time ensuring that the members of the Detroit Golf Club realize benefit from hosting the event."

The PGA Tour confirmed in late May that it was coming to Detroit in 2019. While it didn't immediately name the venue, the desire always was for it to be at Detroit Golf Club, as it was Dan Gilbert's near-ultimatum to host the tournament within the city limits. Members ultimately voted in May, 248-20, to pursue hosting the event.

Gilbert's Quicken Loans sponsored The National, outside of Washington D.C., the past five years. In July, the PGA Tour announced it was being replaced by the Rocket Mortgage Classic in Detroit in 2019.

The Rocket Giving Club is a foundation established by Quicken Loans.

The inaugural Rocket Mortgage Classic will be held June 27-30, 2019. CBS will be the official broadcasting partner.

Detroit Golf Club is a 36-hole facility that opened in 1899 and is located between Woodward and Livernois avenues and south of Seven Mile. The North Course is expected to be mostly used for the PGA Tour event, although No. 1 could be used from the South Course to add some length. The club is expected to undergo modifications to add length, through a series of new tee boxes. A PGA Tour "operations compound" also will be built, and some roadways around the course will be improved.

According to Flynn's latter to membership, those renovations will begin in the "coming weeks," and "the club will not be responsible to fund the upfront capital investments required by the Tour to host the event." Flynn said the annual facility rental fee is expected to cover expenses and losses from income the club could lose out on, because it is hosting a PGA Tour event.

The club also will be able to earn revenue via hospitality sales, ticket sales, food and beverage sales and merchandising. Detroit Golf Club recently applied for a series of trademarks through the U.S. Patent and Trademark Office. Money earned that way, Flynn wrote, will be put back into the club for facility upgrades.

The last annual PGA Tour stop held in the state of Michigan was the Buick Open, which finished its run at Warwick Hills in Grand Blanc in 2009.