The PGA Tour on Thursday night cancelled all events through next month's Texas Open, then the Masters followed suit Friday.

Golf is such a solitary sport, so perhaps it was a bit fitting they were practically on an island — an island green? — as the sports world's immediate future crumbled amid the coronavirus panic.

The PGA Tour late Thursday finally joined the chorus of cancellations, saying The Players Championship, its signature event, was scrapped, as are the next several tournaments, through the Texas Open in early April. The Masters then announced Friday that it was postponing.

The Players was set to be played in front of no fans Friday, before golfers received a text message from the Tour shortly before 10 p.m. Thursday. 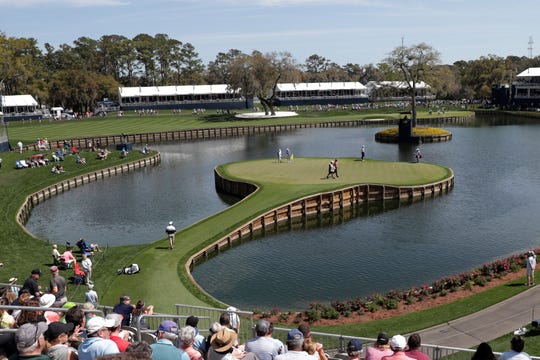 "I mean, it's kind of a bummer. I was looking forward to playing tomorrow," said Brian Stuard, the Jackson native and Oakland alum who's been a long-time member of the PGA Tour. "I feel like Tampa (next week) is a good week for me, then not being able to play (Texas) is a bummer because I've played well there. But I understand. I see why they did it for sure."

Stuard shot a 2-under-par 70 in Thursday's opening round, which was played in front of fans, not definitely a smaller crowd than normal, he said.

Later in the day, the PGA Tour already had stopped allowing patrons onto the course.

The tournaments that are cancelled, after the Players, are next week's Valspar Championship, then the World Golf Championships Match Play tournament (March 25-29, Austin, Texas), the Puntacana Resort & Club Championship (March 26-29, Dominican Republic) and the Texas Open (San Antonio, April 2-5). The Texas Open isn't far from Stuard's home base these days, Fort Worth.

The Masters, golf's first major and its most-watched event on TV, was to be played the week after that. Tournament officials said Friday they hope to play the even sometime later in the year.

After the Masters, it'll be a wait-and-see beyond that, as it is with just about every other sport. The NBA, NHL, MLB and MLS all have put their seasons on hold indefinitely, and the NCAA Tournament canceled all its winter and spring championships, including the popular men's basketball tournament. On Friday, NASCAR and IndyCar suspended their seasons, completely essentially a clean sweep across the sports landscape.

Looking further down the road, Detroit's Rocket Mortgage Classic is set for late May, at Detroit Golf Club. It was moved up a month this year to accommodate the Olympics being added to the schedule, and it seemed like a favorable move for Detroit. Perhaps not anymore.

Officials for the Rocket Mortgage Classic said Friday they're taking this threat "extremely seriously," but for now plan on the event taking place as scheduled May 28-31.

"I'm hoping it won't be too long before we get back out there," said Stuard, 37, who finished tied for fifth at least year's inaugral RMC. "Hopefully, in time for the Rocket Mortgage Classic.

"That would really suck if we had to miss that. But I don't think anybody knows." 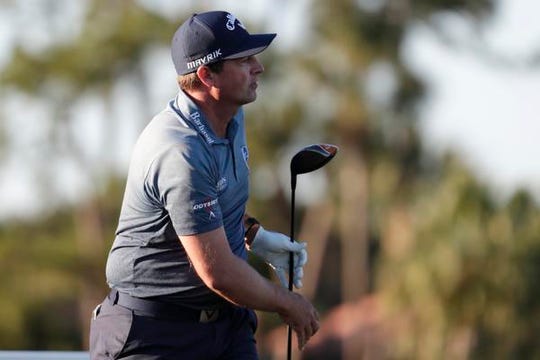 Earlier Thursday, the LPGA Tour, of which MSU alums Sarah Burnham and Liz Nagel are members,  announced it was cancelling its next several tournaments. And in line with the PGA Tour's announcement, the 50-and-older Champions Tour placed its season on hold, too. The Korn Ferry Tour, the PGA Tour's feeder tour on which Petoskey's Joey Garber plays, also is suspended.

The Champions announcement was actually somewhat good news for Lake Orion native Tom Gillis, 51, who has been dealing with a significant middle-back injury and now gets some extra time to rest up rather than having to rush back out to competition in hopes of securing more playing status for this year and next.

As for Stuard, he spoke to The News earlier Thursday about how weird it was going to be playing in front of no fans Friday.

Now, he won't ever know how weird that'll be. His more immediate thought was trying to get a flight home to Fort Worth, where he has no idea what he'll do to kill the time.

"Exactly," he said, with a laugh. "I guess I'll just kind of recharge the batteries and hang out with the family and see what's gonna happen with the world."