In an interview with the Associated Press, the Irishman is disillusioned with the idea the tournament would be played without the buzz of a crowd.

Padraig Harrington was planning to bring a 150-strong traveling party with him to the Ryder Cup, giving the people closest to the European captain something of an inside experience of one of the great events in golf.

“I’m now down to four, something like that,” Harrington said, rather dolefully, as he assessed the wreckage of a tournament that is still scheduled to be played Sept. 25-27 at Whistling Straits in Wisconsin. 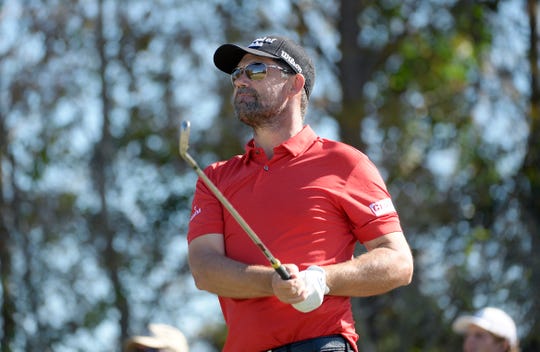 European captain Padraig Harrington said Friday that golf might have to "take one for sport" and stage the Ryder Cup without fans at Whistling Straits in September, accepting that it will be "diminished" because of the coronavirus pandemic. (Photo: Phelan M. Ebenhack, Associated Press)

The coronavirus pandemic has ripped up the sporting calendar, but the Ryder Cup survives. So far.

And in a form Harrington knows will be unappetizing to many golf enthusiasts and people beyond the sport who are attracted to the boisterous biennial contest between the United States and Europe.

Rory McIlroy and Brooks Koepka, two of the biggest names in golf, have been among a growing group of players to have asked out loud: What’s the point in a Ryder Cup without fans?

“My friends who don’t play golf are into the Ryder Cup because of the buzz, the atmosphere, the excitement. That’s why the players enjoy it and play it. It’s going to be missed,” Harrington said in a phone interview with the Associated Press.

“If it’s on, it’s without fans. Or without a semblance of fans because there won’t be the ones coming from Europe. If you only have home fans, there’s nothing to cheer for and against. That’s it, at the end of the day.”

Harrington accepts, therefore, the 2020 edition of the Ryder Cup will be a “diminished” product.

But, in the big picture, can it still have wider value?

“The question is, do they take one for sport?” he asked. “Do people sitting at home want the Ryder Cup in a diminished format just so they have sport on TV? 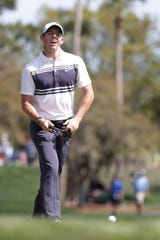 One of the biggest names in golf, Rory McIlroy has been among a growing band of players to have asked out loud: What's the point in a Ryder Cup without fans? (Photo: Lynne Sladky, Associated Press)

“There is a much bigger thing going on,” Harrington added. “Put it in context of what’s going on in the world. But this is why we are actually talking about the Ryder Cup going ahead. Because, in its current form, it certainly would only go on because sport may need — and people may need — a bit of an uplift.”

All the popular Irishman can do is prepare, mentally, as if the Ryder Cup is going ahead in four and a half months, when Europe will be defending the trophy. He is excited by the imminent resumption of the PGA Tour, which will allow him to assess the play of some of Europe’s more experienced golfers who might not make the 12-man team via the European and world points lists.

Harrington said he needs at least six weeks of play, “just so I can judge form.”

The qualifying criteria is up in the air because of the shutdown of golf since March, and the Europeans are looking over “a number of different models” which are being gradually whittled down, he said.

“None of them involve me having 12 picks, I can tell you that,” said Harrington, who has three wild-card captain selections as it stands. “I still have no interest in having a lot of picks, I don’t see the reason for that.

“At the end of the day, you’re only going to agonize over the last two, really. Maybe three people for two spots, or four for three spots. The last pick is the important one.” 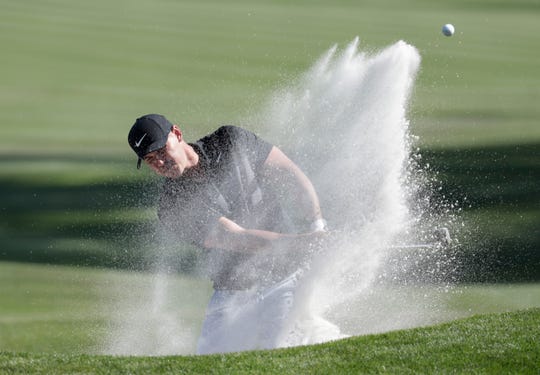 The Ryder Cup is a vast money maker, but Harrington dismissed the notion that this year’s event is currently only going ahead for financial reasons.

The European Tour, he added, could easily cope if the upcoming Ryder Cup was pushed back a year and the next European-based edition — scheduled for Italy in 2022 — was delayed until 2023.

That despite there being no sign of any regular events taking place on the European Tour until July at the earliest, which is severely denting its revenues.

“The European Tour is sitting on one of the biggest assets in sport. They are not going anywhere,” Harrington said. “When you look at the financial side of it, it’s not for financial reasons to have it this year. Nobody needs it for that reason. Financially, it’d probably be better to have it next year. But just for the good of sport, to get something out there.”

For now, the Ryder Cup remains at the mercy of the coronavirus as the United States battles to stifle a disease that has killed nearly 85,000 people in the country and more than 300,000 worldwide. Experts say the actual numbers are likely far higher.

The event was last postponed — by a year — in 2001 shortly after the terrorist attacks in the United States.

“Of course there are massive doubts about this,” Harrington said. “There’s nobody arguing that there isn’t doubt about the Ryder Cup,” he said. “The best thing you can do is prepare as is. But no matter what, it will be a very different Ryder Cup.”