Meijer Classic canceled, wiping out LPGA events in Michigan for 2020

The tournament played near Grand Rapids was originally scheduled for mid-June, but was pushed to Oct. 1-4 because of the COVID-19 pandemic.

Meijer Classic canceled, wiping out LPGA events in Michigan for 2020

There will be no LPGA events in the state of Michigan this year.

That news became official on Wednesday when the LPGA announced the Meijer Classic has been canceled. The tournament played at Blythefield Country Club near Grand Rapids was originally scheduled for mid-June, but was pushed to Oct. 1-4 because of the COVID-19 pandemic. 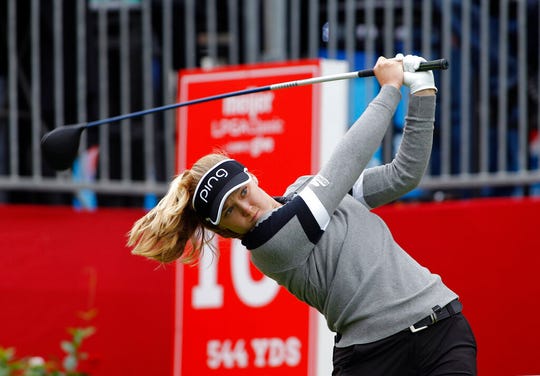 In addition to last week’s announcement that the Tour’s Great Lakes Bay Invitational played at Midland Country Club was canceled, it means the premier women’s tour won’t be played in the state until the summer of 2021.

“Meijer is committed to supporting our communities and the seventh Meijer LPGA Classic will be no exception once the time is right,” Meijer President & CEO Rick Keyes said in a statement. “We know this event is an annual tradition for many families here in West Michigan, and while we are disappointed that this summer will feel different without it, we plan to continue supporting the community through this tournament in years to come.”

Instead of the Meijer Classic, the LPGA has moved the Shoprite Classic to the Oct. 2-4 slot. The 54-hole event at Seaview Resort in Galloway, New Jersey, originally was scheduled for May 29-31 but it was pushed back last month to July 31-Aug. 2. The tournament was played from 1986-2006 before returning to the LGPA schedule in 2010.

“Not playing the Meijer LPGA Classic is disappointing, but I am very excited that our partners at Meijer have extended their contract with the LPGA and that we’ll be coming back to Grand Rapids even further into the future,” LPGA Commissioner Mike Whan said. “The flexibility and understanding from both Meijer and the leadership at ShopRite speak volumes to their dedication to our LPGA athletes and their charitable efforts. We look forward to visiting the Jersey Shore in October and continuing an incredible tradition of great championships and giving back to the local community.”

The 2021 Meijer LPGA Classic will be held June 7-13. Meijer also announced it has extended its relationship with the LPGA beyond 2021 with details to follow.

Spectators who already purchased tickets to the tournament, and all its supporting events like the three-day Grand Taste Experience and the 5k Run & Walk presented by Kellogg’s, will receive a full refund. Volunteer fees will also be refunded.

“We were all looking forward to the sense of community this tournament offers, but this year’s event could not provide the quality of experience and, most importantly, safety, that our golfers, volunteers, spectators and staff have come to expect from us,” Meijer Classic Executive Director Cathy Cooper said. “This was a difficult decision, but we are excited to bring the LPGA’s best tournament for families and foodies back to West Michigan next year bigger than ever before.”

Last year’s event recorded record attendance with more than 56,000 visitors throughout the week. Additionally, it generated $1.1 million for the Meijer’s Simply Give program that stocks the shelves of food pantries across the Midwest. In total, the event, which began in 2014, has generated $5.2 million for Simply Give.

The cancellation is the third professional event in the state to get wiped out because of the spread of the coronavirus. The Senior PGA Championship, originally scheduled for this week at Harbor Shores near Benton Harbor, has been canceled along with the LGPA’s Great Lakes Bay Invitational. The PGA Tour’s Rocket Mortgage Classic is scheduled to be played July 2-5 at Detroit Golf Club with no fans while the PGA Tour Champions Ally Challenge at Warwick Hills in Grand Blanc is scheduled for July 31-Aug. 2.