Popular Rocket Mortgage Classic merch is back, albeit online only

The tournament sold out of its merchandise last year, leaving a mostly empty tent for Sunday's final round.

Popular Rocket Mortgage Classic merch is back, albeit online only

Detroit — Again this year, Rocket Mortgage Classic officials expect their merchandise to fly off the shelves — albeit, the virtual shelves.

The PGA Tour's second-annual Detroit stop announced Monday it had opened its digital merchandise shop at RocketMortgageClassic.com, offering area golf fans a chance to swoop up the latest gear, even if they won't be allowed to attend the tournament over July 4 weekend at Detroit Golf Club. 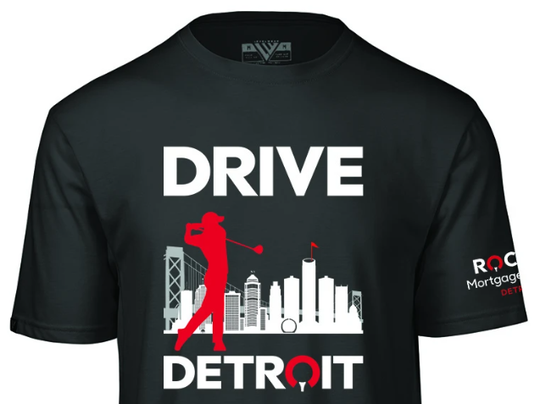 This "Drive Detroit" T-shirt will be among the new merchandise available this year. (Photo: Rocket Mortgage Classic)

The PGA Tour returned to action last week in Fort Worth, Texas, the first of five tournaments, including Detroit's, that will be held without fans as sports get going again after the COVID-19 shutdown.

Merchandise at the 2019 Rocket Mortgage Classic was a hot commodity, the tournament selling out of pretty much everything by the end of the day Saturday, before Sunday's final round. It had plans to significantly increase its inventory for 2020, by as much as three times the 2019 preorders.

Net proceeds from 2020 sales will benefit the RMC's new "Changing the Course" initiative, which pledges to make technology, Internet and digital literacy available to all of Detroit by 2025. In Detroit, according to tournament officials, 30% of households lack Internet access and Internet-supported devices.

During the early stages of COVID-19, RMC officials vowed to redirect many of its charitable dollars to society causes highlighted by the outbreak. Last year, the tournament raised more than $1 million for local charities, though much of that was through ticket sales that, of course, it won't have this year.

Last year at the merchandise tent, hats and pin flags were among the most-popular sellers. Late in the week, the tournament had to order 1,800 more hats and 300 more flags just to keep up. Shirts were a hot seller, too, as were logo golf balls, and the Rickie Fowler PUMA hat with the Detroit skyline on it.

“Anything that said Detroit” flew off the shelf, vendor Miles Meckstroth told The News last year.

Among the new items available online this year will be a custom "Drive Detroit" T-shirt, featuring the Detroit skyline. It was designed by students at the Jalen Rosen Leadership Academy. The students are Kamaree Cornelius, SaLena Gulledge and Tyler Stewart.