LPGA Tour to be delayed again, but will start with double-dip in Toledo

Inverness Club will host a new tournament the week before the Marathon LPGA Classic, in Sylvania.

LPGA Tour to be delayed again, but will start with double-dip in Toledo

The LPGA Tour is delaying its return, but suburban Toledo should be just fine with that.

The LPGA Tour now will hold consecutive tournaments in the area, the Tour announced Tuesday.

The first tournament back will be the new LPGA Drive On Championship, a three-day event scheduled for July 31 through Aug. 2 at famed Inverness Club in Toledo. That will be followed by the long-standing Marathon LPGA Classic, set for Aug. 6-9 at Highland Meadows Golf Club in Sylvania. 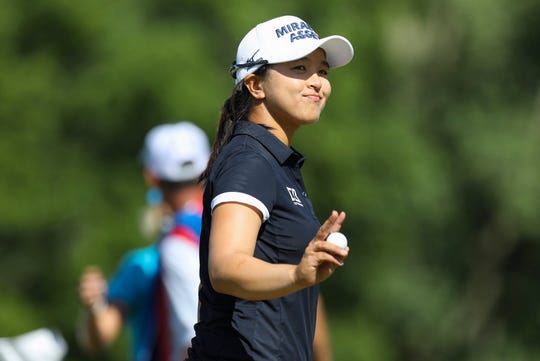 Fans won't be allowed at the LPGA Drive On Championship, but will at the Marathon LPGA Classic.

“Thanks in part to the generosity of our partners who could not reschedule their events in 2020, we are adding a valuable additional playing opportunity for our LPGA Tour members,” said LPGA Commissioner Mike Whan. “We are so appreciative of our longtime partners, Marathon and Dana, as well as the memberships at Highland Meadows and Inverness, for adjusting their schedules and helping us create a valuable two-week stretch in the Toledo area as we work to safely return to competition.

"This new event will allow us to test our COVID-19 protocols before we get to welcome back our fans at the Marathon LPGA Classic presented by Dana.”

The LPGA Tour's scheduling shuffle was necessitated by the cancellation of one of the LPGA's majors, the Evian Championship in France, which had been set for Aug. 6-9. The Tour didn't want a gap between the domestic LPGA Tour schedule, and the Scottish Open, scheduled for Aug. 13-16.

Ohio has been given an additional PGA Tour tournament, too, in July, giving Muirfield Village Golf Club in Dublin, Ohio, back-to-back tournaments, including the Memorial.

The LPGA Tour now will be the last of the major golf tours to return to action.

The PGA Tour returned last week in Texas, and makes its way to Detroit during the July 4 weekend. The Champions Tour returns with The Ally Challenge in Grand Blanc, from July 31-Aug. 2.

The LPGA Tour axed both tournaments in Michigan, the Meijer LPGA Classic in Grand Rapids, originally set for late May then moved to October before it finally was canceled. The Dow Great Lakes Bay Invitational in Midland had been scheduled for mid-July.

Michigan also lost the Senior PGA Championship in Benton Harbor in mid-May, and the U.S. Senior Amateur at Country Club of Detroit in Grosse Pointe Farms set for Aug. 29-Sept. 3.