Wolff gets in tune with a nearby ice cream truck and fires a second straight 64 to go into Sunday at 19-under. 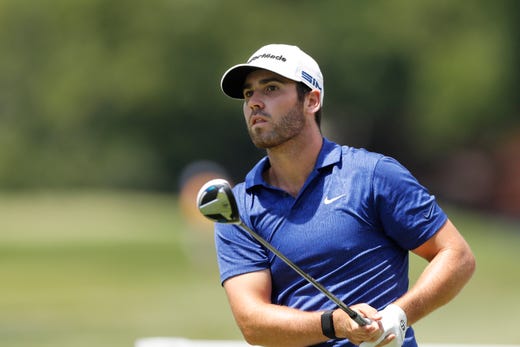 Matthew Wolff watches his drives on the second tee during the third round of the Rocket Mortgage Classic at Detroit Golf Club on Saturday, July 4, 2020. Carlos Osorio, Associated Press
Fullscreen 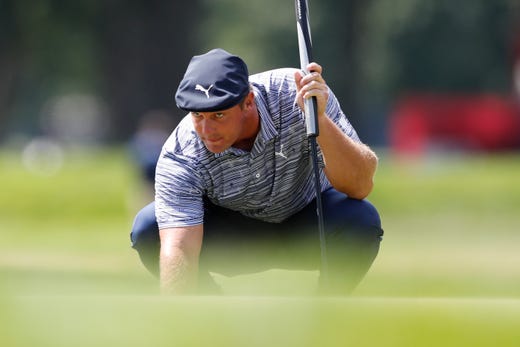 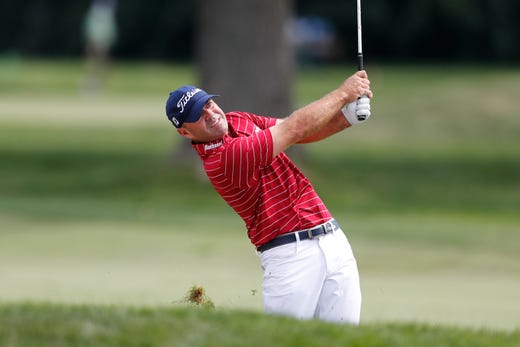 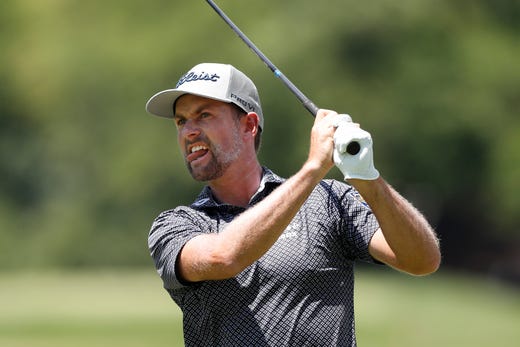 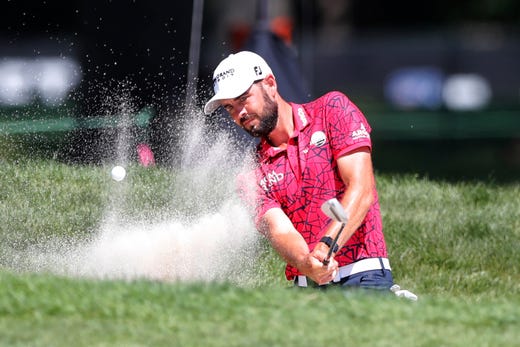 Troy Merritt hits from the bunker at No. 14. Carlos Osorio, Associated Press
Fullscreen 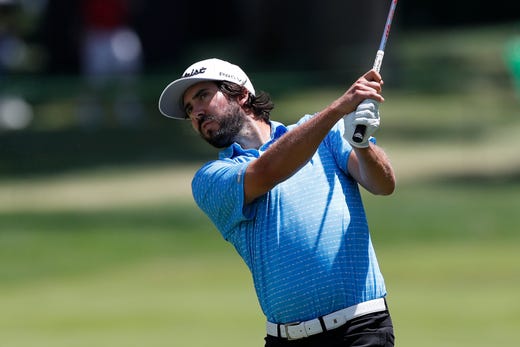 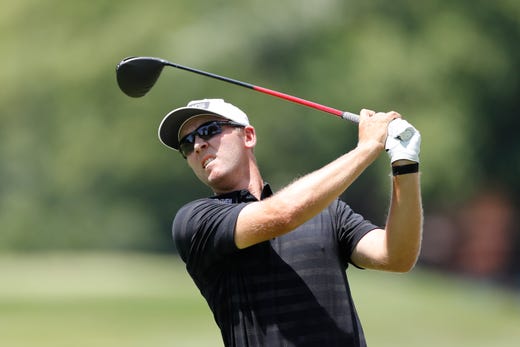 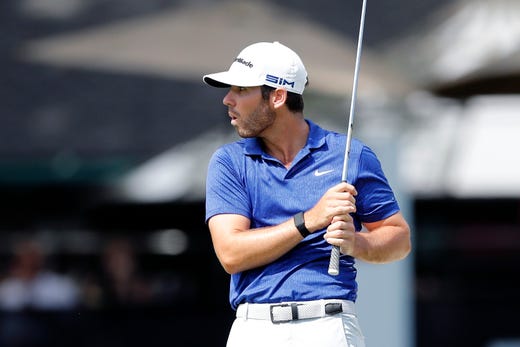 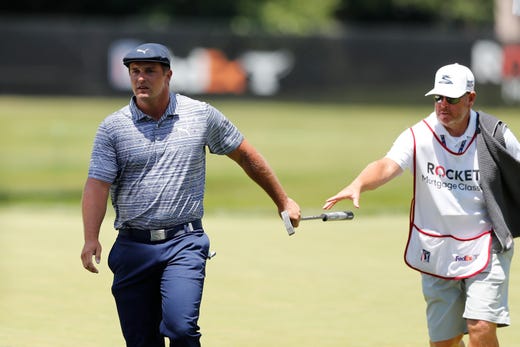 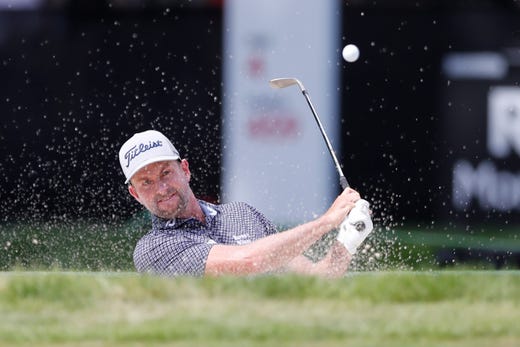 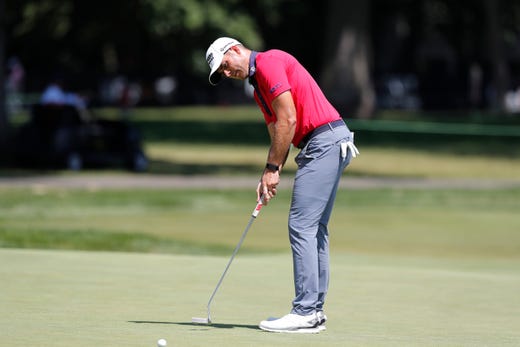 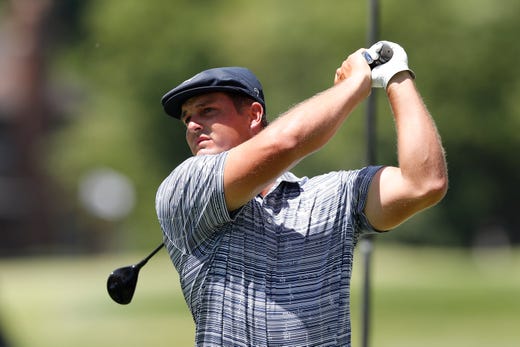 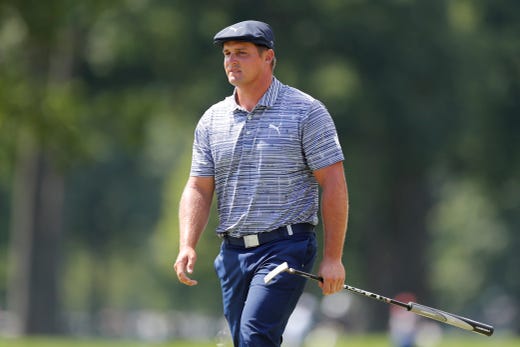 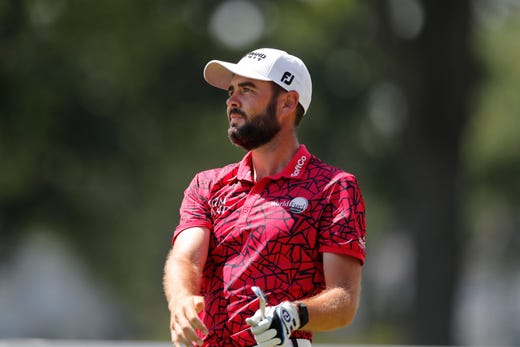 Webb Simpson hits his second shot at No. 2 from the trees. Carlos Osorio, Associated Press
Fullscreen 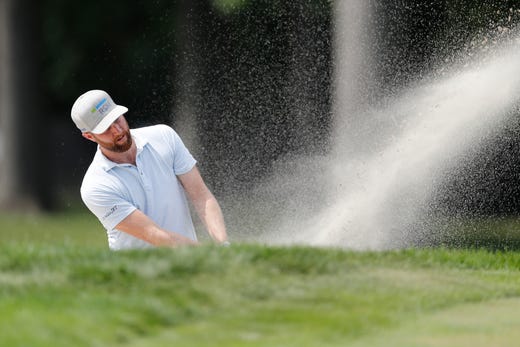 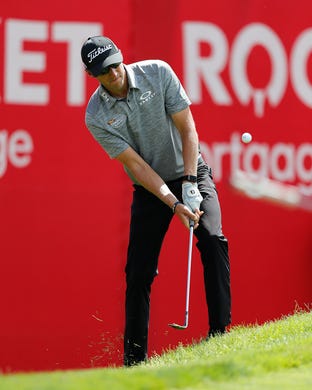 The last most of us saw Matthew Wolff, he was playing with some of the biggest names in golf, giving sports fans starved for something to watch a bone to chew in the midst of a global pandemic.

It was in mid-May when Wolff teamed with Rickie Fowler in a match against Rory McIlroy and Dustin Johnson in a made-for-TV event that raised millions for charity. Wolff’s partners were the draw — McIlroy is the top-ranked player in the world while Johnson is No. 3 and Fowler checks in at 31 and is one of the game’s more popular players — but his inclusion was a nod to the potential Wolff has already displayed. 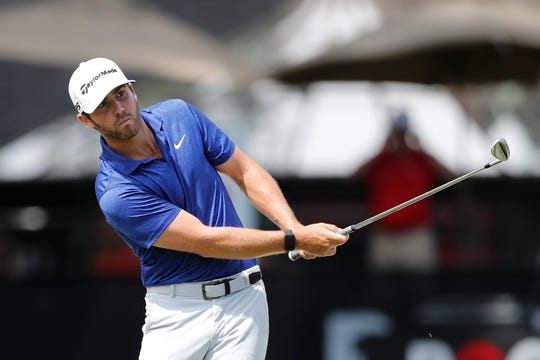 A year later, Wolff spent the third round of the Rocket Mortgage Classic posting a second straight 64 and enters Sunday’s final round at 19 under, three shots better than Ryan Armour and Bryson DeChambeau, who each sit at 16 under through three rounds.

“It was a great round of golf out there today,” Wolff said. “Felt like the putter was really good today. Wasn't really thinking about much over the putt, lining it up, feeling confident in the line and stroking it really nice. I think my irons were the biggest improvement from last week, just being able to control the distances and being able to give myself a lot more looks.”

Wolff had nine birdies and an eagle Saturday, the eagle vaulting him into a tie for the lead with Armour after 14 holes. He birdied No. 15 to take the outright lead and extended the advantage with another birdie at the par-5 17th.

It all came because of ice cream.

OK, Wolff didn’t start taking down a waffle cone at the turn or anything, but it was the apparently soothing sounds of a nearby ice cream truck — a sure sign of professional golf with no fans — that put Wolff in the proper mindset.

“I heard an ice cream truck circling the property and seemed like every time I heard that, I had made birdie or made a putt, so I've got to give a lot of credit to that,” Wolff said. “I think on the fifth hole I made that long one. More birdies, more ice cream. That was my mindset from that point on and probably going to be the same one tomorrow.”

“I'm not joking actually,” Wolff said. “I think it was 5, I made the longest putt of the day. It was like 35 feet or something like that and I heard the ice cream truck and I'm like, ‘I have a good feeling about this.’ Just had that little like ice cream truck song in my head and I think that helped me just not think about the speed or the line or anything, just keep my head free.”

Whatever it was, Wolff’s stellar play came a day after he fired his first 64 of the week to sit amongst a tightly packed leaderboard. Heading into the final round, it’s Wolff that has pulled away as he looks for his second PGA Tour victory, almost a year to the day he captured his first.

He’ll have to protect a three-shot lead while continuing to attack on a course that his yielding plenty of low scores.

“I don't look at the down side of things,” Wolff said. “I'll be playing with Ryan Armour and I really enjoy playing with him, he's a super good guy. It's a golf course that sets up really well, I'm hitting really well, putting good, doing everything well. Just going to go out there, have fun and hopefully I hear the ice cream truck a little bit.”

As Wolff was busy making noise on the front nine — he had only one par while recording six birdies and a pair of bogeys — Armour was putting himself in position to be in control by the end of the day. 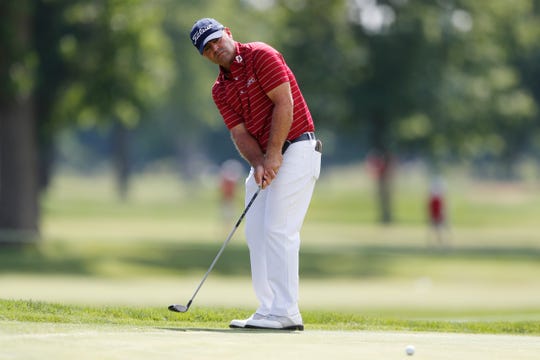 A front-nine 31 had Armour rolling, but things slowed on the back. As Wolff started to apply the pressure, Armour took a double-bogey 7 at No. 17 but rebounded with a birdie at the difficult 18th to close with a 5-under 67.

“If you would have told me 5 under when I woke up, I probably wouldn't have come to the golf course,” Armour said. “I would have been, ‘Yeah, I'll take it,’ and try for Sunday. I just had it going. It felt like the front nine was in cruise control. I had looks all the time. Then the back nine, it got a little squirrely there. Then I made the mistake on 17 of trying to go for it and that's not my game.”

The star of the week has been DeChambeau, with his booming drives that are averaging nearly 327 yards this week. He entered the third round a shot off the lead and had to overcome some front-nine struggles to remain in the mix.

He birdied four of the final six holes, including No. 18, to remain three off the lead heading into the final round.

“Just going out there and being aggressive,” DeChambeau said. “Certain holes you've got to hit it down the fairway. If I can keep hitting fairways — I've always said this — if I can keep hitting fairways and hitting it that far, strokes gained advantages is going to be pretty big. Although Matthew's right behind me, too. He's hitting it far out there, that's why he's playing well. Making putts, too.

“I'm just going to have to hit my wedges close and make some putts and see where it ends up tomorrow.”

Troy Merritt, Mark Hubbard, Seamus Power and co-second-round leader Chris Kirk were at 14 under after three rounds. Five more players are at 13-under, including Webb Simpson, who won two weeks ago and struggled with a 1-under 71 on Saturday.

“It was frustrating,” Simpson said. “Didn't have my best stuff, especially on the back nine. Had a good start on the front, but yeah, I mean, guys continue to make birdies and I thought the golf course dried out a bit, but not my best stuff.”