David Goricki of The Detroit News selects an MVP from each of the four girls basketball state championship games. 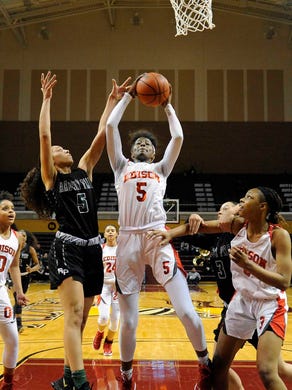 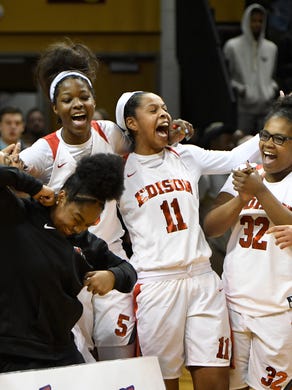 The Detroit Edison players celebrate as they wait for their championship trophy. Jose Juarez, Special to Detroit News
Fullscreen 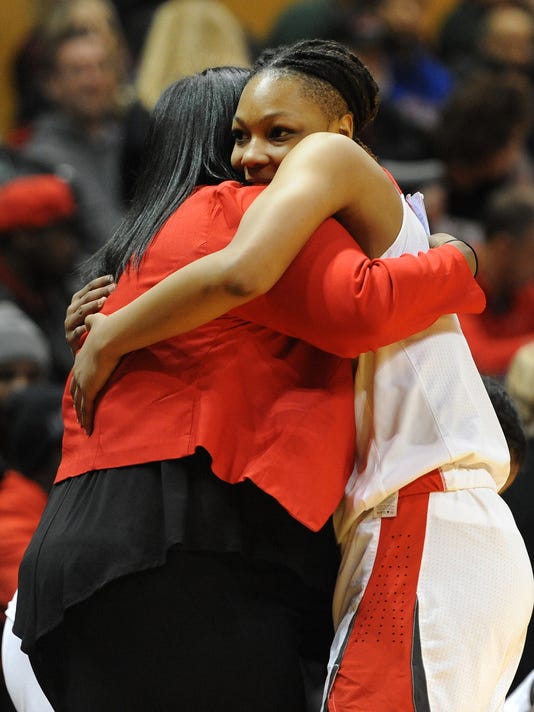 David Goricki of The Detroit News selects an MVP from each of the four girls basketball state championship games.

Jasmine Powell, 5-8, Jr., G, Detroit Country Day: Powell, a point guard known more for her defense, set the tempo by scoring 12 first-quarter points to give her team a 23-13 lead on its way to repeating as state champions in the 64-48 win over Jackson Northwest. She finished with 19 points, four assists and four steals.

Gabrielle Elliott, 5-10, So., G, Detroit Edison: Elliott scored 20, including 10 during the third quarter to help Edison open an 18-point lead on its way to a 51-34 state championship win over Ypsilanti Arbor Prep to repeat as state champs. She made 8-of-12 shots while her teammates combined to shoot less than 25 percent (11-for-45).

Bree Salenbien, 6-2, Fr., G, Adrian Lenawee Christian: Salenbien, who already owns offers from Minnesota and Xavier, had 20 points and 11 rebounds to help Lenawee Christian earn its first state championship with a 57-36 win over previously unbeaten Chassell. She made a short jumper in the paint with four seconds left in overtime for the difference in a 46-44 semifinal win over Mount Pleasant Sacred Heart on Thursday.