Kai Jurgle converts the spot kick with 2:55 left in the first overtime to put the Ann Arbor into the championship match. 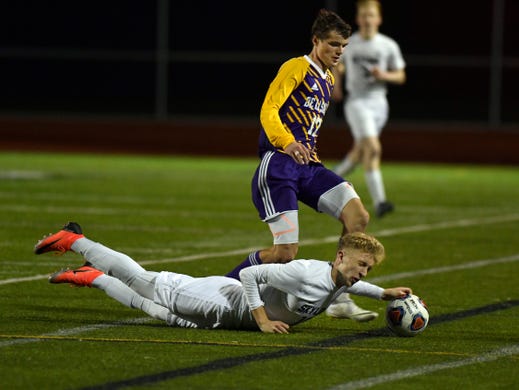 Ann Arbor Skyline defenseman Austin Sarns-Moy (18), bottom, is knocked down as he is fouled by Warren De La Salle defenseman Tadeusz Gabryel (17), who was given a yellow card for this play, during the first overtime. Jose Juarez, Special to Detroit News
Fullscreen 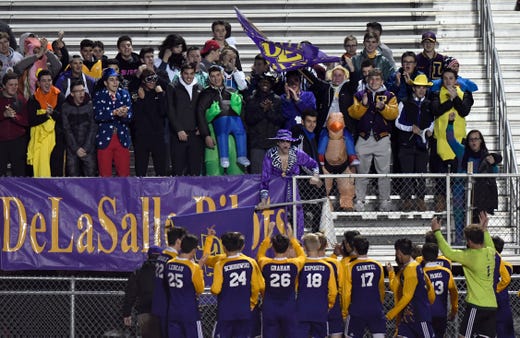 Warren De La Salle boys soccer fans, who are also dressed in Halloween costumes, cheer on their team before the start of the game against Ann Arbor Skyline in the Division 1 boys soccer tournament, Wednesday, Oct. 31, 2018 at Troy High School in Troy, Mich. Jose Juarez, Special to Detroit News
Fullscreen 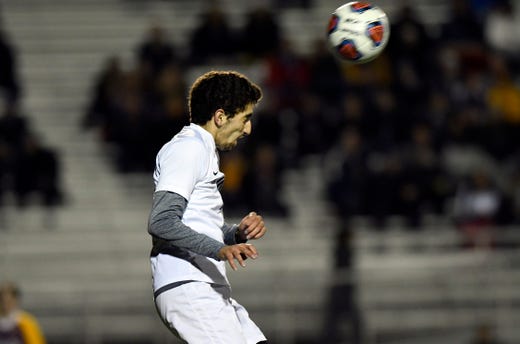 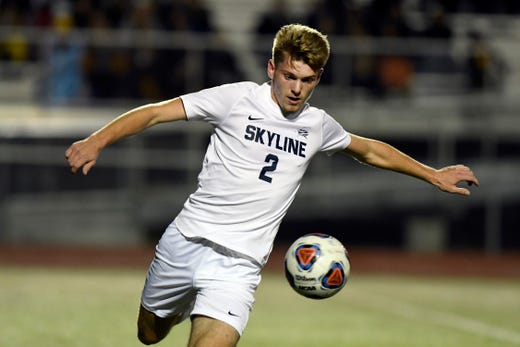 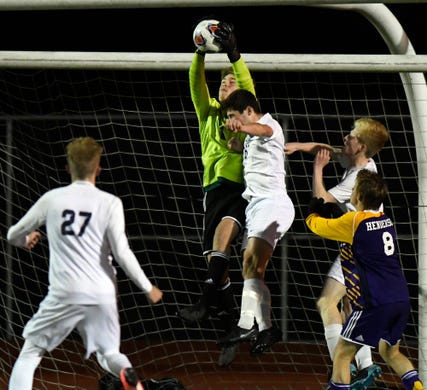 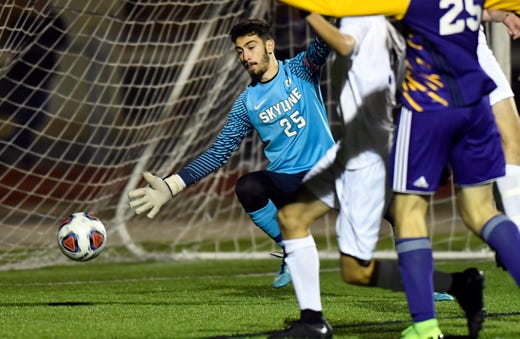 Ann Arbor Skyline goalkeeper Kyri Wixom (25), left, dives to save a shot that goes wide from a Warren De La Salle player in the first half. Jose Juarez, Special to Detroit News
Fullscreen 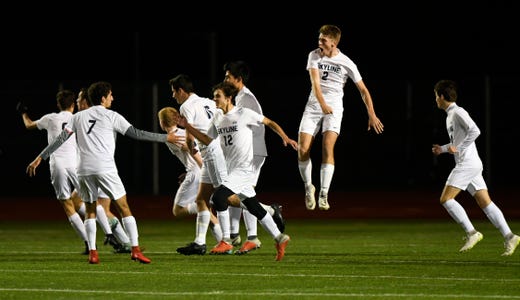 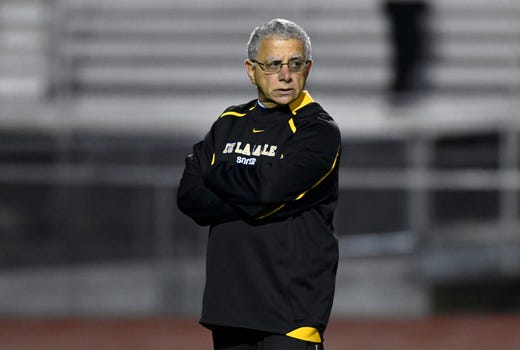 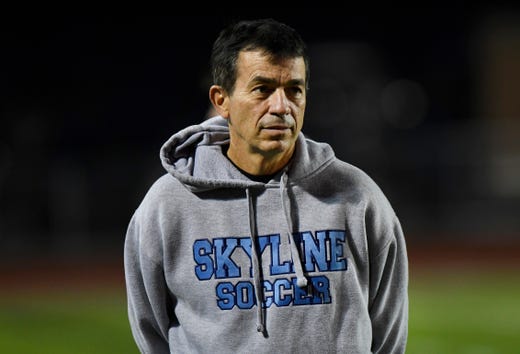 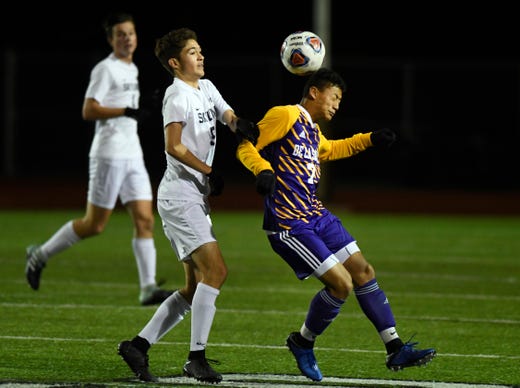 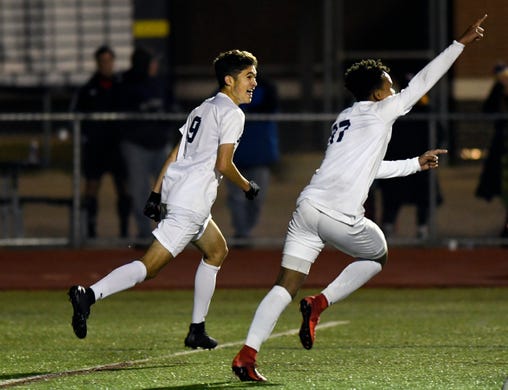 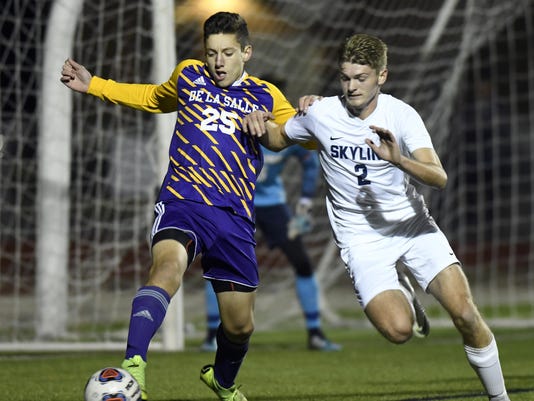 The victory sends Skyline to its first state championship game since it won the title in 2013.

Skyline had the opportunity to put De La Salle (19-4-4) away in regulation but allowed a goal by De La Salle midfielder Rocco Galati off an assist from Thomas Turner to make it 1-1 with 7:55 remaining in the second half.

Marco Althoen netted the lone goal early in the first half as he headed a corner kick that bounced off the top of the net and across the goal line.

Skyline, which looked to sit on its 1-0 lead, played a more conservative second half while De La Salle was on the attack, hoping to have its season decided in extra minutes.

A penalty near the net gave Jurgle — who coach Chris Morgan said was chosen by his teammates to take the kick —a chance to spoil De La Salle’s chances at a fifth state title.

He drilled a shot to the right corner.

“I just wanted to stay calm and put it in the corner,” Jurgle said, adding that he prefers to aim for the same corner on penalty kicks.

Skyline (16-4-2) will play East Kentwood, which won its state semifinal matchup against Grand Blanc, 1-0, at 3 p.m. Saturday. Jurgle said he credits Morgan for leading Skyline back to the championship game.

“Coach Morgan has done a really good job with the program,” he said. “I saw when they won it 2013, and we want to be just like them.”

Despite his defense giving up one goal, the first against Skyline all playoffs, Morgan said his team is anchored by goalie Victor Fontana, who's only given up 11 goals on the season, and will rely on in the final against East Kentwood.

“We’re not changing our identity,” Morgan said. “We really like our back four; they do a great job of working together. I'm so happy for them.”

Dwjuan Frazier is a freelance writer.